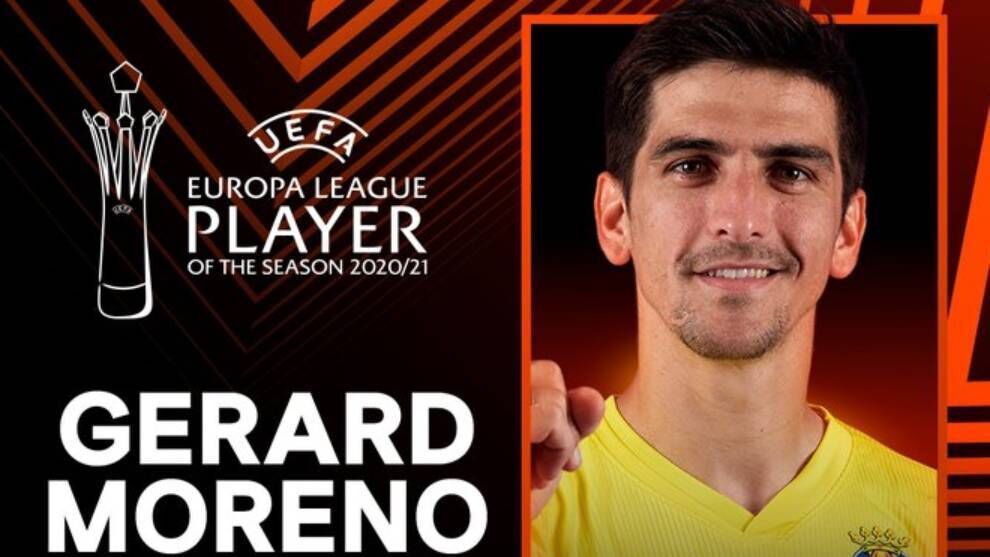 Gerard Moreno has been voted best player of the Europa League 2020-21. The Villarreal forward was nominated for this award alongside Cavani and Bruno Fernandes, both Manchester United players.

The seven goals scored in 12 games and the title of the competition achieved have been decisive for Gerard Moreno to receive this individual recognition, after a fantastic season.

Gerard Moreno has received unanimous recognition from the jury, which has awarded him 289 points, 129 more than the second classified, the Portuguese Bruno Fernandes.

The Villarreal attacker wanted to send a message of gratitude to all those who have helped him to achieve it: “Thank you all very much. I would have liked to be there to receive it, but because of the Covid issue it is not possible. I am very excited about it. this award. Last season was historic for Villarreal for winning the first title, the first European title in its history. I want to thank everyone who has made it possible. To those who voted for me, thank them; the coaching staff and to my teammates, who have made it possible for me to have this recognition; obviously the club and the fans as well. Thank you all very much. “

Composition of the jury

A jury consisted of the coaches of the 48 clubs in last season’s group stage, together with 55 journalists selected by the European Sports Media (ESM) group, one from each UEFA member association.

The members of the jury chose their three best players, the first received five points, the second three and the third. Coaches were not allowed to vote for players on their own team.

Paco López: “We are the same coach and the same players”

Summit between Laporta and Koeman