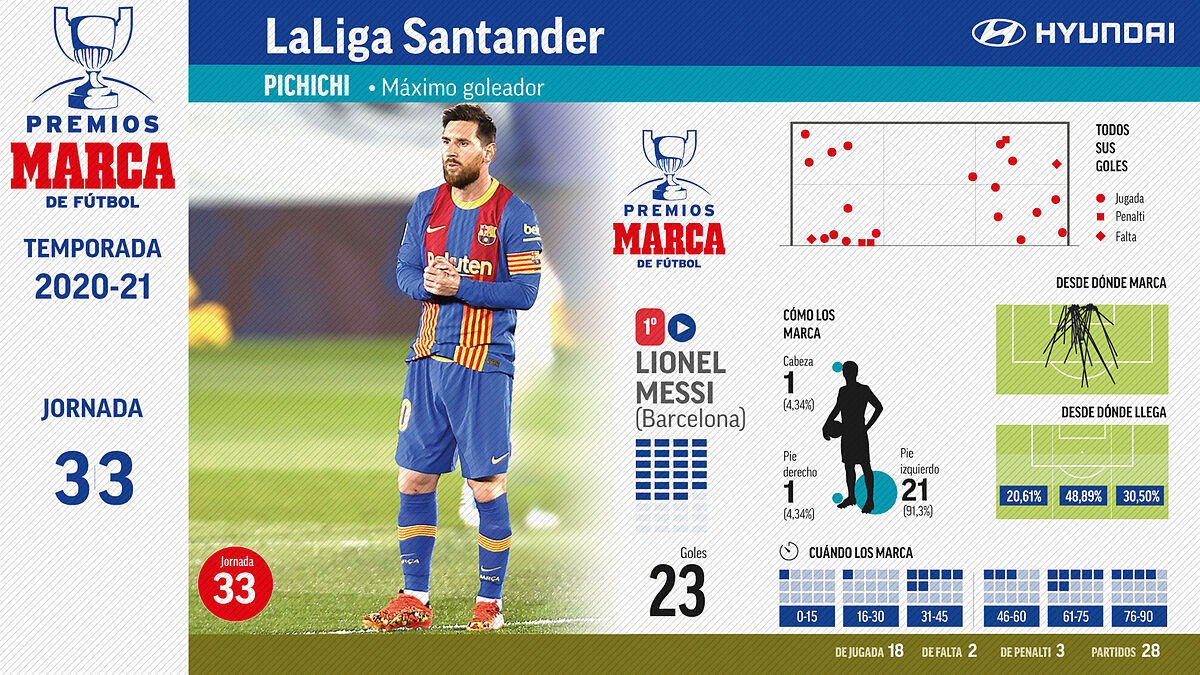 Can Gerard Moreno win the Pichichi? The Villarreal forward saw the door again and has already advanced in the classification to Luis Suarez Y Benzema. With 20 goals, he only has one Leo Messi (23) who did not play his day when playing the final of the Copa del Rey.

In the Zamora classification, the fight between Oblak Y Courtois, with the Slovenian in the lead. Neither of them received a goal against Eibar and Getafe. Bond, the other candidate, did fit somewhat in San Sebastián against Real Sociedad.

In LaLiga Smartbank, the fight for Pichichi continues between Djurdjevic Y Raúl de Tomás, while Zamora, led by Manolo Reina, they will fight it too Diego Lopez Y Marine.