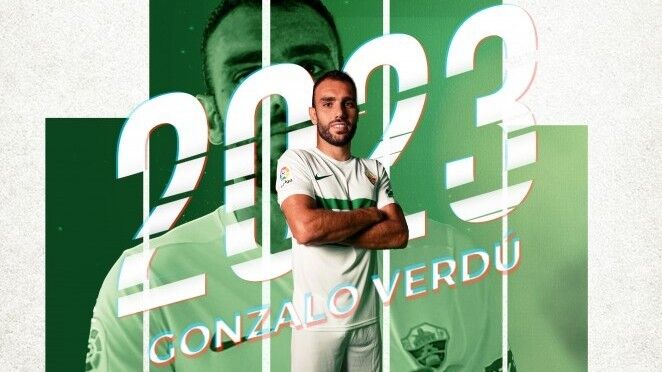 ANDl Elche has announced the renewal of Gonzalo Verdú until 2023. The Cartagena central, which I had a contract until 2022, extends its relationship with the entity from Elche for a season. The franjiverde captain is the leader of the defense of the team led by Fran Escribá.

Gonzalo Verdú came to Elche four years ago. He has played more than 150 games and has achieved two promotions, to Second and First, with the Martínez Valero club. In addition, it has been key in the permanence of the people of Elche in the highest category.

The defender suffered a knee injury in the last match of the 2020-2021 season. He underwent surgery and is now fully recovered. In fact, it has been the game in several of the friendlies that the franjiverde team has played. This season will have more competition in the central axis of defense, since Elche has joined Pedro Bigas and Enzo Roco in this transfer market.

Gonzalo Verdú has counted on the interest of Second Division teams, but the intention of the footballer was to remain in the elite. Elche also wanted to renew the franjiverde captain, so the understanding between the parties has been feasible.