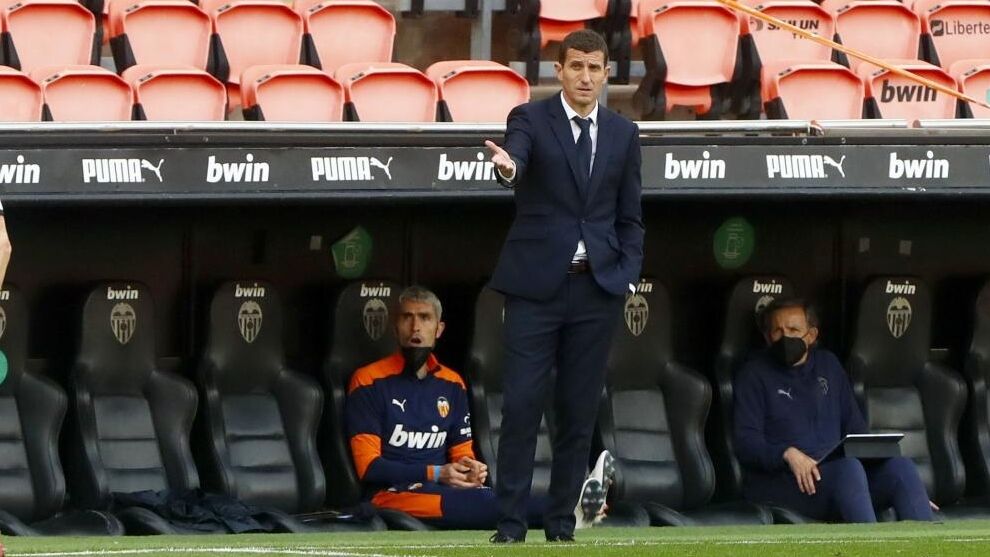 TO the defensive. Javi Gracia has long run out of credit. He has the team in the low zone all season and little by little he has become the great responsible for the debacle of the season that Valencia is having. Still, he does not think of resigning. Asked directly, he dodged the answer and assured that he will continue working.

“It is true in terms of shots on goal, they will be like this, I think the team has not gone wrong. We have tried to play in the opposite field, keeping the rival away. It has not been a game of many clear occasions, in the second half yes. And when the The game was in a situation of exchange of blows, we received the goal in one play. It seemed unfair to lose or draw and then we got a draw that is not enough for us, but as the game had started, it allows us to add “.

Can you celebrate a draw against Alavés at the Mestalla?

“I do not celebrate any draw, but as the game had put it, it is better to add than not to do so, it was vital to add the three points. In home games it is where we have been strongest and we have achieved good results. We offer the best face we can. We work a lot, we train a lot, but when it comes to competing, it doesn’t work out for us. We will keep trying. “

“Gonçalo is the player who contributes the most imbalance, Kevin came from scoring a goal but in Gonçalo’s game we detect deficiencies in the area and for that we have Maxi, who has appeared in José’s goal. You can always sacrifice something by making him play in a position that is not the best, but to give us the characteristics. Then I removed Cheryshev because he has strengthened us better and we have moved Guedes to the right wing but with freedom “

Has it crossed your mind to resign?

“I am here to do my best and I will continue to do so.”

“In all the games I make the decisions that the team needs. I have considered making one more change at the end but I thought it appropriate to end those who were there and I did not do more because those who were working well”

With this he gives the team to save himself?

“I keep telling you the same thing. With what we have, he has to give us to save us.”