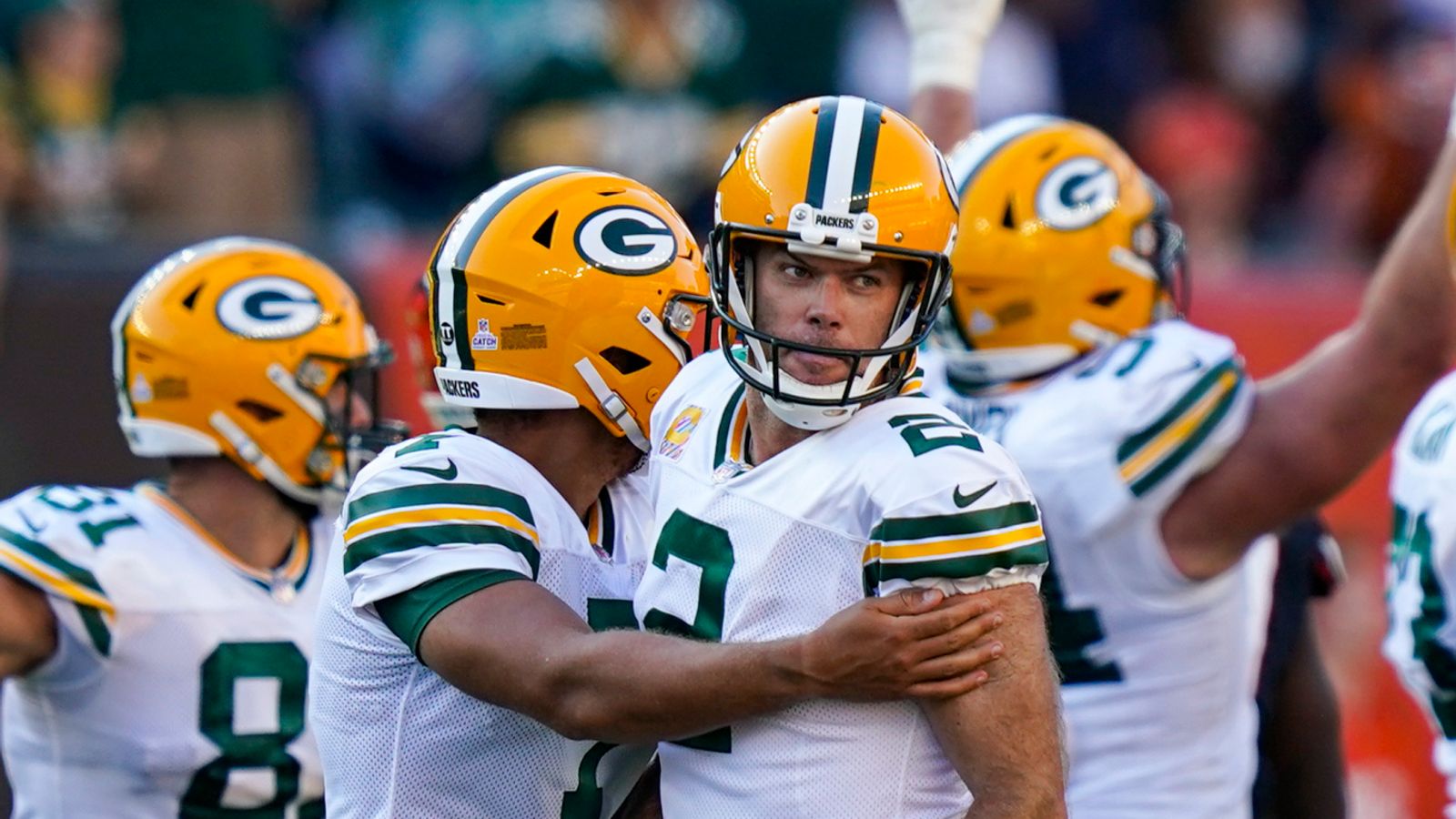 Green Bay Packers striker Mason Crosby (3) and Evan McPherson of Cincinnati Bengals (2) have conceded five shots together in the last 2.14 minutes of the game and in extra time before Crosby finally succeeds with 49 yards to secure the Packers win away.

Mason Crosby shot 49 yards from the field to see the Green Bay Packers beat the Cincinnati Bengals 25-22 in a crazy overtime finish at Paul Brown Stadium, which missed five straight FG straight ahead of winner Crosby.

The chaotic finish began when Crosby missed on the first try with two minutes and 14 seconds left in the fight. Bengals kicker Evan McPherson then struck 57 yards from the right post before Crosby shot again on goal as time ran out, sending the game into extra time.

The overtime kicked off just as oddly: Cincinnati quarterback Joe Burrow terribly intercepted the ball in the very first scrum. Crosby struck another blow, but he swam far to the left again.

McPherson got another try to beat the home team, and he even celebrated it, believing his next 49-yard try was a success, but he too just sneaked on the wrong side of the left stick.

But Crosby finally nailed the fourth of his attempts to see Green Bay (4-1) walk away with an away win over Cincinnati (3-2).

Before the overtime drama kicked off, it was Rogers and Burrow who traded blows in an impressive deduction from both quarterbacks, though both were a little slow to get started.

Rogers had an early interception, and while the Bengals had no points as a result of this transition, Burrow soon brought them into the playing field with a four-yard touchdown to Samaje Perin.