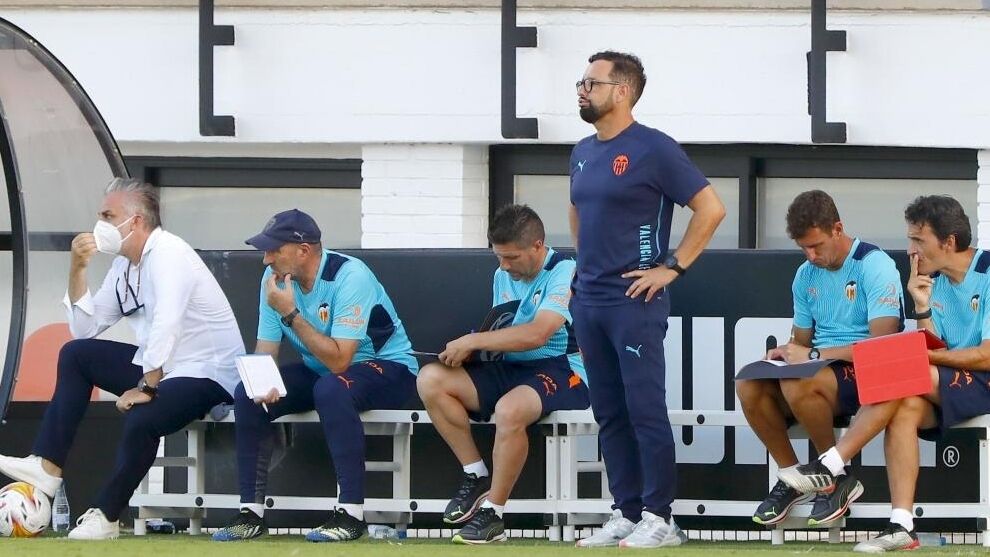 Valencia have already played three preseason games. Three consecutive victories that give Bordalás a calm result and leave the first reflections. The team scores goals easily, but has conceded four goals in three games, an average that horrifies the new coach. Everything is hooked with pins waiting for the missing players to arrive and for some traumatic exit to occur, but the first reflections are obvious.

Hugo Guillamón is a young, quality and international central defender. But Bordalás has made him the starter in all matches as midfielder. It is not that the boy is not conceded as a defense, it is that he does not have players in a position that must be reinforced urgently. Against Cartagena he came to put Guillamón as a midfielder couple with Diakhaby, to sign the worst first part of the preseason. Bordalás does not verbalize it publicly, but the message is on the field.

Jason Remeseiro, after two difficult years in what was not what he was, has regained his level. In the three preseason games he has shone and done two goals. The boy is aware that he has more football than he has shown and Bordalás knows him. It has arrived physically unbeatable and it is making room. Show again, good foot, fight and goal.

The excessive forcefulness of Alderete

It is good that the Paraguayan is going hard, but he must control that momentum or he will suffer when the competition starts. It is normal to ask a central defender for intensity and more with the team poster that Bordalás usually sets up, but If the kicks he has given in the friendlies are given in an official match, he will see more than one red. He must adapt to the League so as not to make a Carboni.

Mamardashvili opens the door for them

Cillessen injured. Jaume injured. Mamardashvili appears and eats their toast. The boy, who had already played the Europa League while Valencia struggled not to be relegated, arrived with the subsidiary’s poster. False. You cannot play in the fifth category at that level. The Dutch and the Valencian already know what they have to do. The club wants to sell to one of them to release salary mass and the irruption of the Georgian has come to him of pearls.