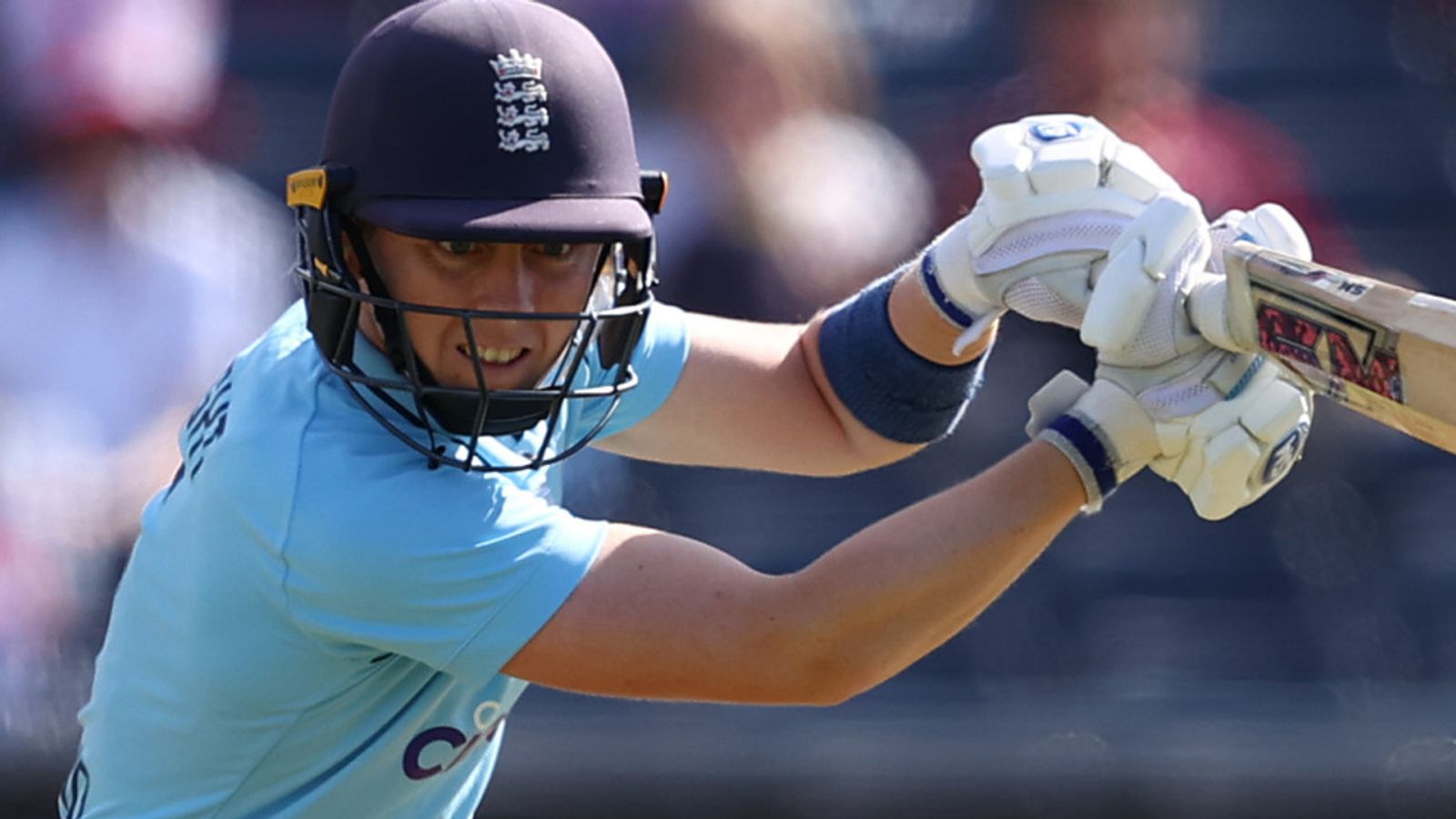 The women of England beat the women of New Zealand by 30 runs in the first international match of a day at Bristol; Captain Heather Knight scored the leading scorer with 89, as the hosts scored 241 before the White Ferns were eliminated by 211 in response.

Heather Knight made 89 when England claimed a 30-run win over New Zealand in the first ODI of the five-game series at Bristol.

The England captain put 65 with Tammy Beaumont (44) before a mid-order collapse saw the hosts slide from 109-1 to 140-5, but a position of 88 with Katherine Brunt (43) rescued the innings and it meant New Zealand was left behind. chased 242 for victory.

Nat Sciver and Kate Cross’s early wickets cut the White Ferns down to 31-3 in response and when the latter fired Sophie Devine (34) to end a 78-race partnership with Amy Satterthwaite (79th), the tourists faded quickly.

New Zealand had some hope when Lea Tahuhu came in at No. 10 and hit 25 of 14 balls and a late position between Satterthwaite and Leigh Kasperek (15) might have worried England a bit before No. 11 was sold out. they are still 30 short of their target.

It means England is heading to Sunday’s second ODI in Worcester, live on Sky Sports Cricket, 1-0 up in the series.

After being put at bat, England got off to a solid start through Beaumont and Lauren Winfield-Hill before Hannah Rowe (1-47) had Winfield-Hill (21) trapped behind by the side of the leg.

Knight and Beaumont continued to accumulate and laid a good foundation, although New Zealand could be pleased to have kept the pace of execution under control.

That meant that when Beaumont fell to Devine after a good review, the Kiwis were still in a good position and when they broke through England’s dangerous middle order of Sciver (2), Amy Jones (2), both beaten by the impressive Tahuhu ( 2-32) – and Sophia Dunkley (5) had a real shot.

Yet Knight had been the epitome of composure throughout his innings, hitting a No. 22 ODI with 64 balls, and that remained the case even as wickets fell at the other end.

With Brunt, who never shies away from a battle, at the other end, England were able to come back with a period of rebuilding before starting to raise the ante in the last 10 overs.

England were comfortably past 200 and a score of over 250 seemed possible again as the innings reached their climax, but when Knight fell to 11 under his hundred, he caught a catch back for Leigh Kasperek (1-48 ) at the 47th. finished, there was another collapse.

Brunt was thrown by Jess Kerr in the next over and three wickets fell into five-ball space, an unnecessary run that ended innings with three balls to spare.

The New Zealand chase began at a frosty pace with Brunt and Sciver finding swing with the new ball and giving starters nothing to work with.

Brunt recovered four maidens in a row before she was knocked out of the attack, while Sciver (2-10) toppled Suzie Bates (1) and added Lauren Down’s window (5) with the last ball of the powerplay.

Cross then knocked out Maddy Green (19) with the first ball of the 13th round, the last swing found the edge and Knight took an excellent low catch to his left on the slip.

After a period of stabilization, Satterthwaite and Devine fought back and soon had the visiting team in a very healthy position to review an under par total for England.

The turning point came in the 29th when Cross (2-37) returned to attack. Devine was eager to keep up the runs and tried to hit over, but couldn’t get the lift and picked Winfield-Hill in the middle.

A significant blow to New Zealand’s chances and three overs later was followed by a one-two punch from Sophie Ecclestone (2-39) as the left arm spinner caught Katey Martin (9) before throwing the next ball to Brooke Halliday.

Brunt (1-22) came back to claim his first wicket, Rowe (1) plumbed the front, and when Charlie Dean, the first cricketer born since 2000 to play for England, pitched Jess Kerr (5) to score it . debut with a wicket, New Zealand looked defeated, having fallen from 109-3 to 143-8.

They weren’t going to go down without a fight, but when Tahuhu, having broken five limits in his 14-ball cameo, was thrown by Freya Davies’ slowest ball (1-40), there were still 65 runs to go for the win.

The pace required was extremely manageable, Satterthwaite and Kasperek had nothing to lose and on a field with absolutely no demons, they were able to keep playing their shots.

Satterthwaite’s class and a bit of good luck brought New Zealand into attacking distance, but just when England might have started to break a sweat, Kasperek called for a quick single and Winfield-Hill, shy on the stumps, found his target. .

Neither side seemed particularly interested as she climbed the stairs, but replays showed that the batter was short of her ground and England, after a little scare, were able to celebrate the victory.