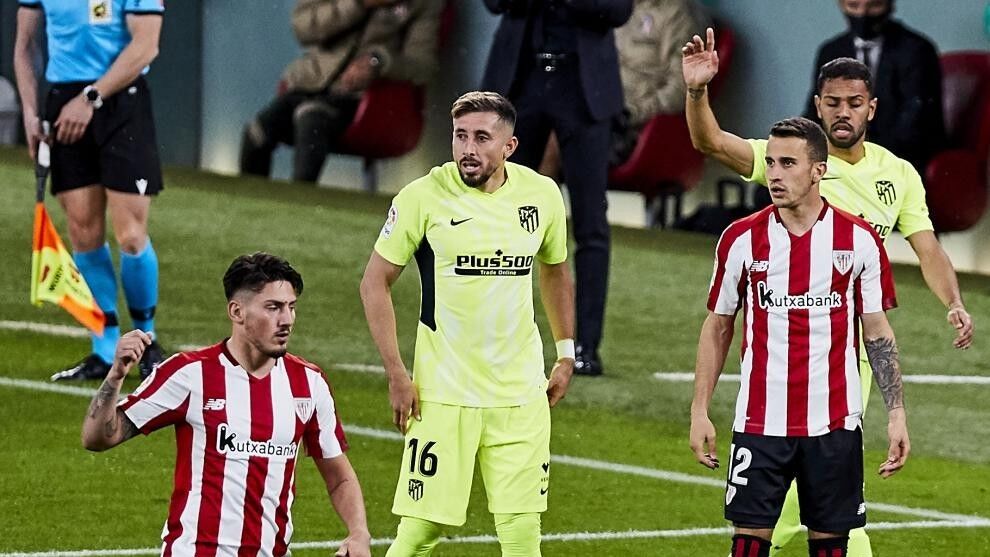 Follow Atlético, second session of the week, preparing the match against Elche next Saturday. The rojiblancos, who rested on Monday, had a soft session yesterday (without Koke or Vrsaljko) before starting to put the cruising speed in the face of the vital duel before paying a visit to Barça.

Without the captain, again with alternative work, Joao Félix did not exercise either, also with care for the Portuguese. Instead of Koke, Kondogbia entered, in principle on time, but this is not the main change for the rojiblancos for the next duel.

And it is that both Herrera and Saúl would fall from the starting team, always according to the first test and in the absence of the Thursday and Friday sessions, to give entrance to Lemar and Luis Suárez. The return of the 9 would delay Correa’s position, while the appearance of the French would change a core in which the Mexican and the Elche, two of the three members of the engine room in the defeat against Athletic, fall.

Umtiti does not exercise due to general discomfort

Competition punishes Raúl García with two games for his expulsion