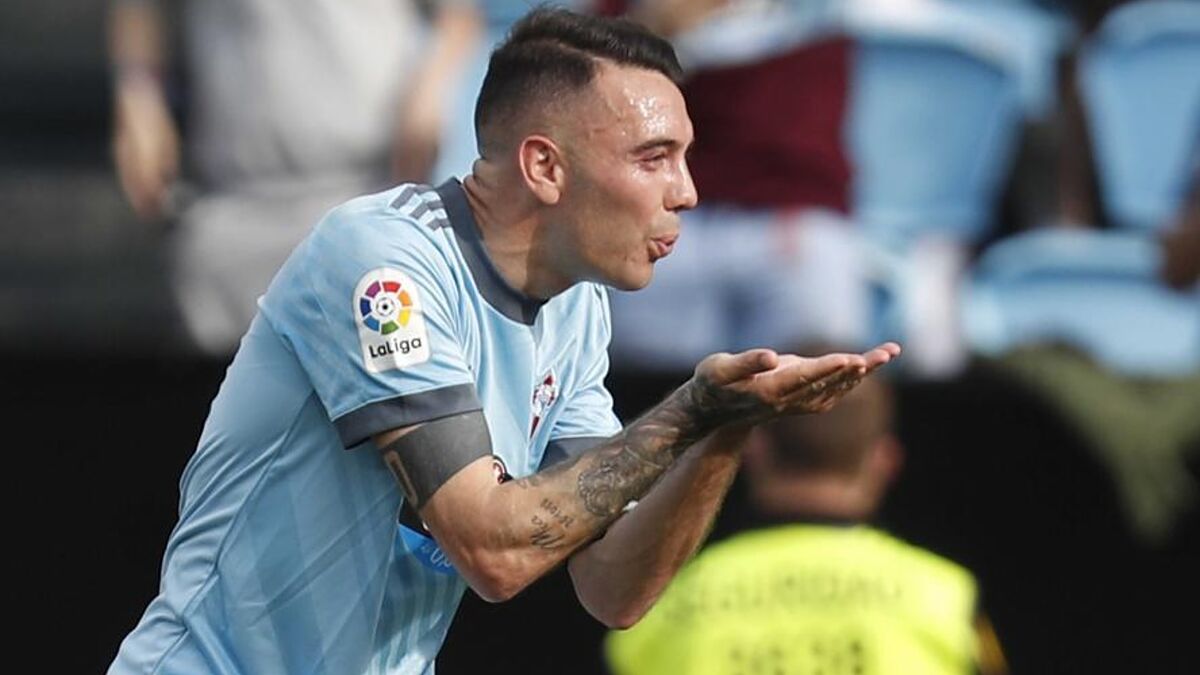 yesUnless Joselu scores four goals this Sunday against Cádiz, Iago Aspas will share the Zarra Trophy with Raúl de Tomás. The striker from Moaña, who did not score in the last two games, finished the season with 17 goals.

It will be the fourth prize, as the top national scorer in the First Division, for the Celtic. He makes history by equaling David Villa, the only footballer who had reached that figure. Iago Aspas had won the Zarra Trophy, consecutively, between the 2016-17 and 2018-19 seasons with 19, 22 and 20 goals.

At the end of the match, the striker celebrated the award: “I dedicate it to my wife, my children and my family. I give it a lot of value, at 34 years old. Doing a season like this is within the reach of very few As I said at the beginning of the year, the notebook is with the numbers season after season, trying to do my best to help my team.”

He also fired his friend, Nolito: “Beyond how well we understand each other on the pitch, it’s how well we get along off the field. I’ve played four or five seasons with him and it’s been a pleasure. That’s why we’re talking today to leave him the captain’s armband because it was his last game. Thank him, as the coach said, for his day to day. That joy and self-confidence helps the dressing room”.

He hopes that next season they will manage to improve their classification: “We will see. We now have a small restructuring of the squad. Some teammates are leaving and others that we have on loan. Next year is very important, that of the club’s centenary, and we hope to make big signings and continue with the good group that we currently have and thus try to pass the barrier of tenth place, which for us is a good season”.

For the rest, in the league farewell everything was negative for a sad Celta. Coudet wanted his team to aspire to ninth place to get more television income, which would go to the transfer market, and it did not happen. They will finish in eleventh place in a season, which, as the coach himself acknowledges, does not pass the approved.

In his farewell as a Celtic, Nolito was the starter. The one from Sanlúcar was also captain, in a gesture that his teammates and coaching staff wanted to have in his last match with the light blue shirt.