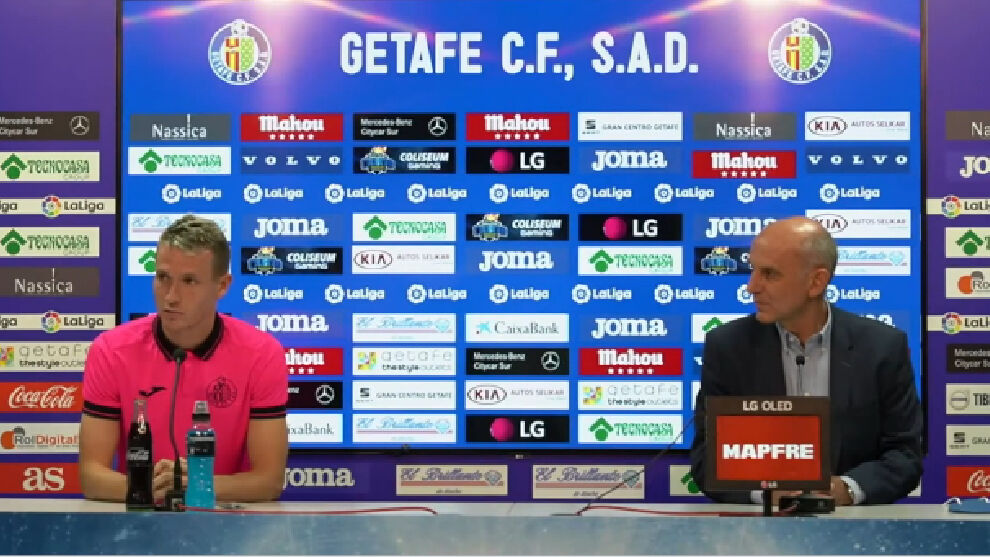 ANDhe new signing of Getafe appeared in the press room on the occasion of his presentation to the media. The international with the Czech Republic played his first minutes on Monday and said he felt very comfortable with adapting to the squad and La Liga,

“Being here is great, the characteristics are very good for me, I can give a lot and score a lot of goals.”

“I have played in Italy for seven years, I am a person who maybe after a while needs a change. When I had the opportunity to come to Getafe I knew I wanted to do it.”

“I knew I was in Madrid and that it’s a great club that played in Europe two years ago. That’s why I came here, I feel that with this team we can do a lot of things. We haven’t started well. Yesterday we played very well, a shame that last minute where surely you have to be more attentive and it doesn’t have to happen anymore “.

“I felt very good because we played 4-4-2 and that’s how I played for Sampdoria. I always played on the wing and I was able to do a lot of things.”

“I am happy that 40% can be there. The public was very well we were very happy to play for them. In football we play for them. A shame that last minute. Hopefully against Barcelona, ​​which is very difficult, we started 0 -0 and anything can happen. “

Difference with Serie A

This League has more chances and you can approach more freely. There is a lot of tactics, football in Spain has changed. Surely a League with players who have a lot of technique and quality. I’ve only played one game, not one season, I’ll be able to tell later what the difference is. “

“I think Barcelona is a great team with a lot of history. Messi, the best player in the world will be absent but the game is always difficult, especially when you play away from home.”

Everyone has surprised me, everyone wants to help me. Right away, the Serbs, Maksimovic and Mitrovic have told me that I do need something. I can help like all players. The first weeks will be difficult, you have to find a house but I’m there to play football. It’s a shame yesterday, I was convinced we could get a point “

“We talked before the game and during the second half, about something that I have to improve. I think we have a good report, I want to thank him for the first day, he has helped me with everything.”

Valencia players return to barbecue in Paterna with anti-Covid measures

With an eye on Koundé