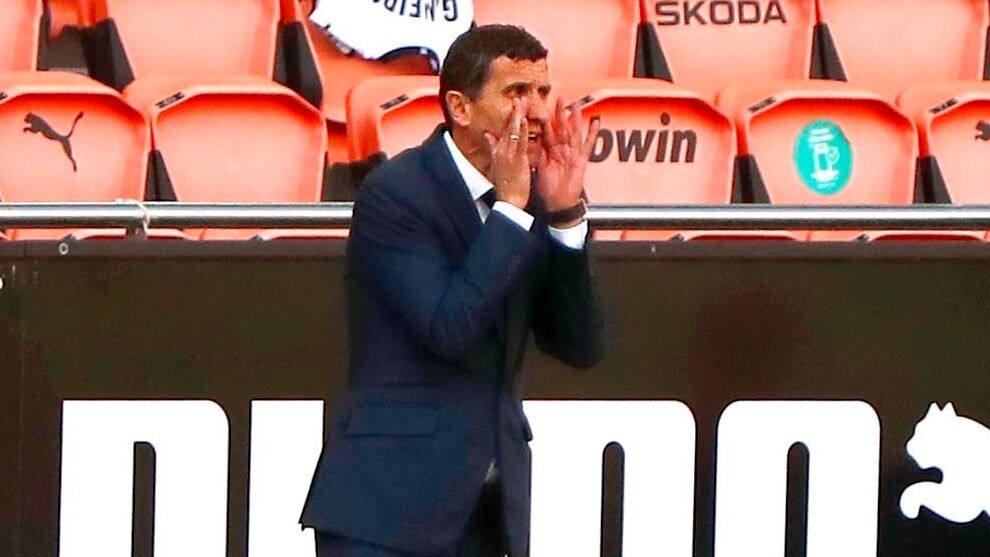 ANDThe coach of the Valencia Javi grace valued in a positive way the empate your team against Real after come back from 0-2 against. The tNavarrese technician gave importance to the reaction of the team when more difficult it seemed, after having missed a penalty and conceded two goals. However also censured the expulsion of Maxi Gómez when there were ten minutes left in the game plus added time. Gracia also complained that one of the questions was about players who did not act during the match: “You always ask me about those who don’t play”, He said.

“The action of Maxi is an action that we must avoid, we cannot in a match situation like this have a sent off, we are not for those luxuries. We will talk with him in the future and we will assess possibilities. I think that despite the fact that Maxi does not score, he gives us things in other types of actions, such as the provocation of penalties. I have to choose two forwards and we have many players there -Cutrone, Manu Vallejo, Maxi, Gameiro, Guedes …- And I have the difficult task of choosing “.

“At the beginning of the game we were not bad even though the rival had more possession, but it is also true that we generated danger on the counterattack. We had a penalty that we did not take advantage of and the second goal, in the last minute of the first half it has left us touched. We must assess what we have done in the second half, we have not lost our effort and we have managed to draw.

The team collapsed after the missed penalty

“They are collective reactions that happen and are contagious. From the bench we try to encourage the team not to fall, what we try is to remain strong as a team. We grant many advantages to rivals with very avoidable errors. Yes we would not have made those mistakes, maybe we would have been able to win “

How he faces the end of the season

“Each one will feel different things. What I can tell you is that we want to do our best in each game and we want to win all the remaining games.”

“I think we have to value our resources and try to play with them in the best way, which will help us achieve better results.”

Lack of minutes from Vallejo, Kang-in and Cutrone

“Now you ask me about Vallejo but when he played, you asked me about Kang-in. You always ask about those who do not play. I have nothing negative to say about them, I personally and professionally appreciate Manu Vallejo, but today we have chosen by Gameiro, who also comes from scoring a goal. With Maxi’s expulsion there was no option of scoring another striker. “

Tapia suffers only one micro-tear, but will arrive very right at the start of the league

Diego López: “The important thing is that Espanyol is in the First Division with or without Diego”