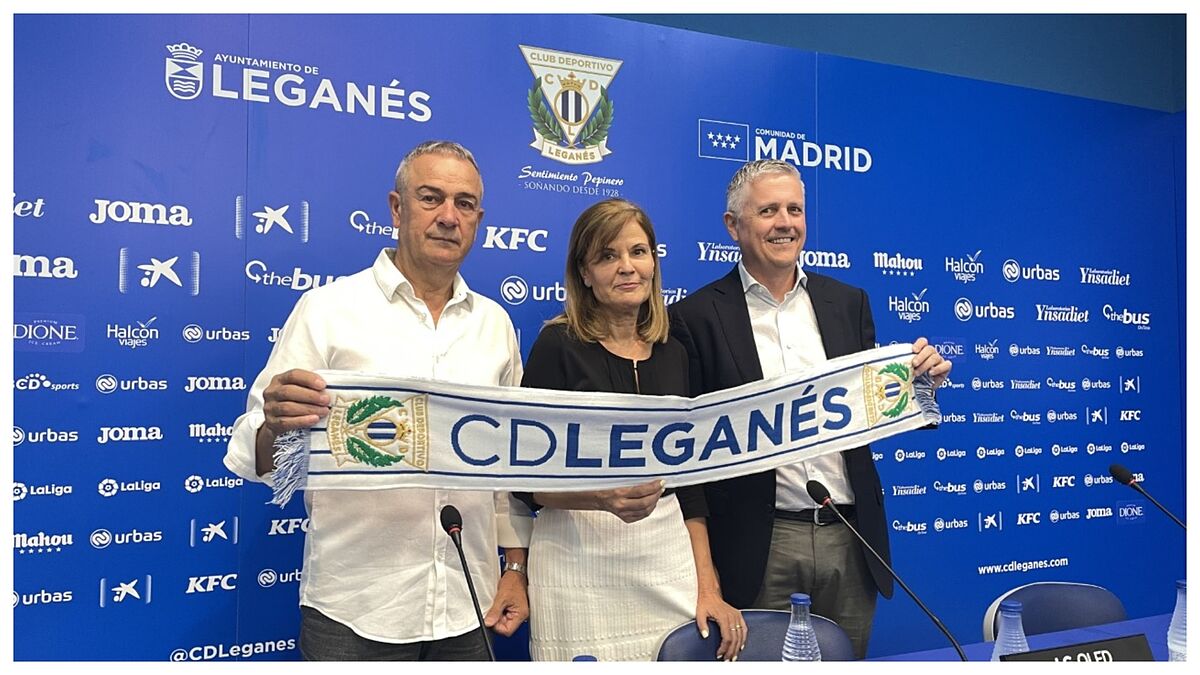 All parties have stated that the decision comes from putting the Lega in good hands, with aAn ambitious project that arrives with the hope of doing something great in Butarque and that it lasts over time. Luhnow wanted to start by thanking the previous presidents for the work done at the club and the trust placed in him.

“I want to thank Victoria and Felipe, with whom I have been speaking since September 2. And hopefully we can continue what they did here. I am aware of the responsibility with which we take charge of this club and we take it very seriously. I represent very serious people who are in love with sport”, confesses the businessman. “I have met many people these days and I have known the pepinero feeling. We have the love of growing the club. We have followed Leganés for a long time and it was the club we wanted. We want to win every game, but success is not short-term. If you only do that you sacrifice the future for the present. That does not mean that the challenge will not always be to win and win the league in any category. but we need to compete in other ways in a big way, being smarter and more agile and investing in youth. We have resources to invest in sports and infrastructure. We are going to use a lot of technology that we are sure can help. We are here to carry Leganés forward and be constant over time”.

The former president, Victoria Pavón, sensibly moved, recounted in a few words her feeling of leaving Leganés. “After thirteen seasons where it has been a great honor to preside over the Lega, I say goodbye to all of you. You have to leave the new projects and now I feel like one more fan. What we have experienced has made people from other parts of the world interested in Leganés. Now the city of Leganés has to show them what kind of hobby it is. And together show that the best for Leganés is yet to be lived”. The vice president, Felipe Moreno, was the most categorical when asked about the new owners. “I’m sure they are the most capable people to manage Leganés. I have not the slightest doubt about it.” At 5:00 p.m. he confirmed Luhnow that will be the presentation of Imanol Idiakez and that he will express what led him to choose him as the new coach of Leganés.