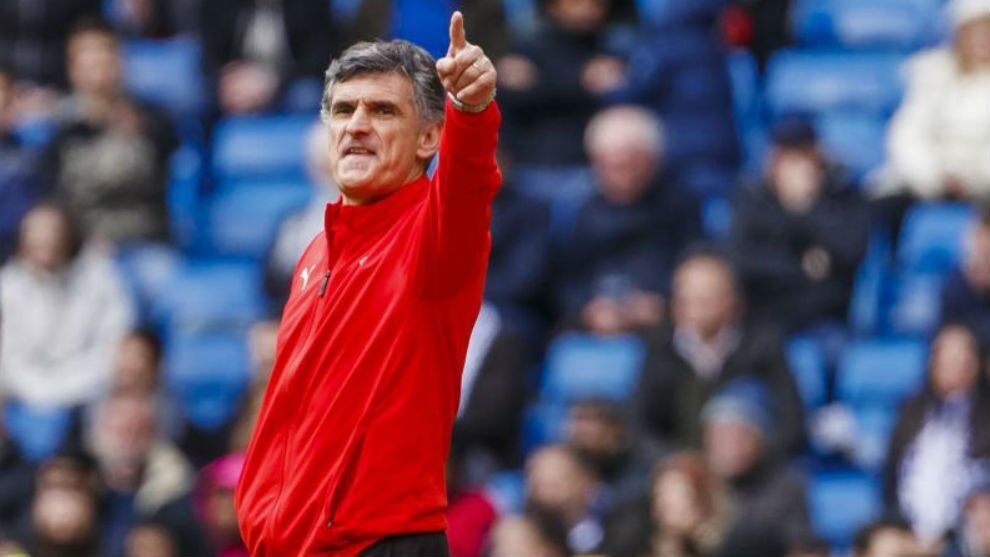 Jose Luis Mendilibar He appeared before the media to analyze this Sunday’s visit to the Metropolitan Wanda. The Zaldibar coach is aware of the difficulty of scoring in the leader’s stadium, but appeals to the mentality and courage of his players to be able to put an end to the 13 days without victories for the gunsmith team.

Visit to the Wanda: “They are first and we are last. They need the points because they need to win, and we have gotten into the last place in the standings. We are four points away and it is in our power, but what we have to do is win. It is not the best. place to do it, but you have to play with confidence, think that you know and play without fear “.

A reaction is urgently needed: “We each need more confidence in ourselves and also in the team. It is normal after so many days without winning. But I think that since it is sometimes taken for granted that these types of games are going to be lost, there you can to leave the confidence and to put the fears aside. If we think about the players who have insurance that we do not get anything. It is the moment to take a step forward and to know that we have not done our football until now, but that we have it in there “.

Athletic: “Atlético never get nervous. They play calmly, you won’t see them take a quick throw-in even if they lose. They have a calm head, and the need they have to win will not affect them. I’ve always said the same thing, that Of the big teams, he is the one that most resembles the small ones because of his personality. ”

Plague of casualties: “We have been with many casualties for weeks, and that is why the templates are made at the beginning of the season. We have not had Covid, but long injuries. We have that, and we have to play with what we have, plus three Vitoria players. Those who We are here, we are the ones who must take the game forward. We are not going to recover any injured, except Recio, who will not be there to play from the beginning because he has been injured for a long time. ”

Message to the fans: “It is not worth what I say, but what they can see on television on Sunday. Now that it is difficult for us to be brave, we must be more brave than ever. If it is not us, they will play more comfortable. I must make the players see what they have to do on the field. If I achieve that, and the fan sees it, they will trust. Words are worthless if there are no actions on the field. “

This is Atlético’s second kit: a tribute to the Double