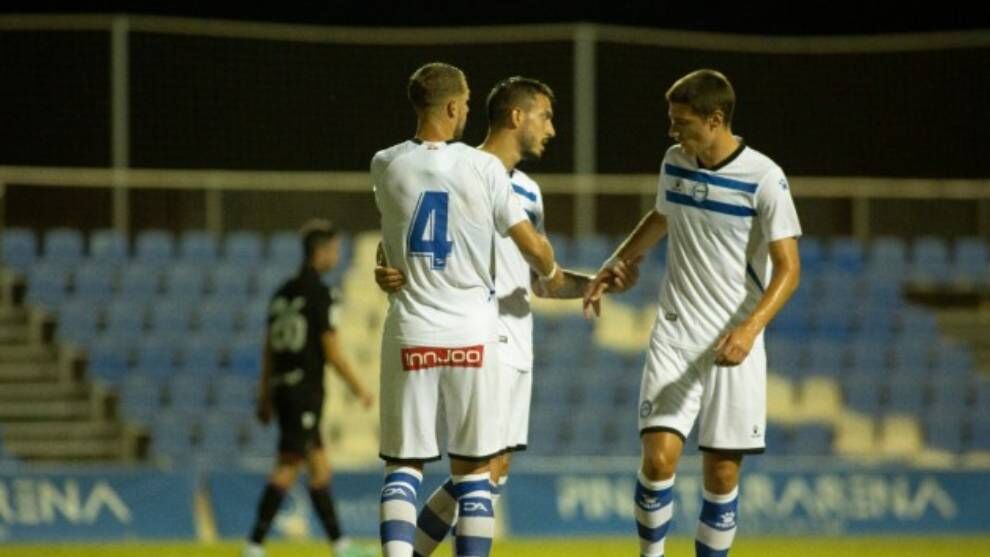 Deportivo Alavés beat Levante by a goal to nil in the friendly match disputed in San Pedro del Pinatar, a friendly that had a protagonist on the challenge: Joselu Mato, who returned as a starter, played the entire game, and, also provoked and converted the penaltyyou of victory.

Joselu’s return is a long-range news for Deportivo Alavés, since the Albiazul top scorer last year had been disappeared throughout the preseason, presumably due to the negotiation that was being carried out for the Galician to sign for Sevilla. Joselu’s return to the usual dynamic could mean that this signing will not finally take place, at least not in this summer market.

As for the game, in the first half there were not many occasions, with both teams carrying the weight of the attack in different phases but neither of them managed to dominate the game. On the part of Alavés, Joselu He had an opportunity in the 5th minute of the game, in a shot that narrowly missed after controlling and turning around in the area, and in the 30th minute the referee annulled a Lejeune goal out of fire. For his part, the best chance for Levante was Roger marti, in a semifallo shot after a center by Son that caught Fernando Pacheco placeholder image.

The second half passed through the same paths, with hardly any scoring chances. The clearest opportunity was for the granotas in the 76th minute when Roger Marti he shot a cross from a free-kick point-blank and the ball went over the crossbar. Everything pointed to the clash going to end with a draw to zero, but in the 90th minute, in an apparently harmless play, Rubén Vezo ran over Joselu on the side of the area, causing a penalty that the Galician striker transformed. 1-0 and end of the game.

For Deportivo Alavés this was their last preseason game, a preseason that ends with four wins and three losses. Levante, meanwhile, still have a clash ahead: on Saturday at 9:00 p.m. against Elche at the Martínez Valero.

Aitana Bonmatí: from MVP to MVP