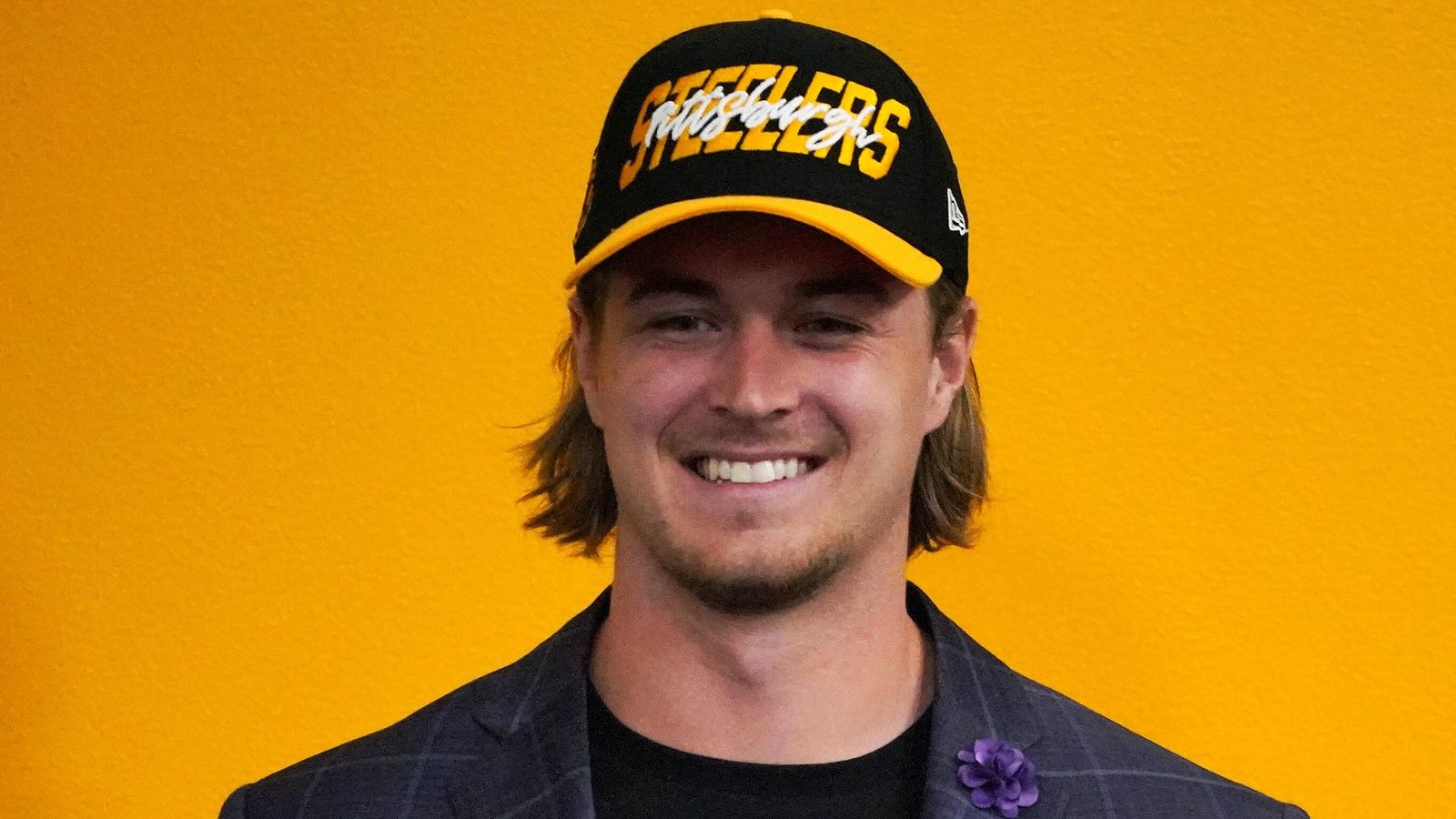 Kenny Pickett was the first quarterback to be drafted when he returned to Heinz Field, where he played college football for Pitt for the past five seasons.

Pittsburgh Steelers head coach Mike Tomlin suggested that first-round quarterback Kenny Pickett could start with the team in the first week of the 2022 season.

He arrives as a competitor for off-season acquisitions of Mitchell Trubisky and backup Mason Rudolph following the retirement of Ben Roethlisberger and the tragic death of Duane Haskins.

“Of course he has a chance [to be week one starter] and I agree with his opinion about his readiness from a professional point of view,” Tomlin said in an interview with the NFL Network on the third day of the draft.

“The two things that really drew us to him from a floor standpoint, we thought he had pro-level anticipation, pro-level accuracy, and often those are two variables that really need a lot of adjustment.

“We felt he came ready in that way, hopefully that’s an advantage for him when he’s ready to compete.”

Pickett needs no introduction to his surroundings, and he won’t have to move his belongings far as he returns to Heinz Field, where he represented Pitt in college for the past five seasons.

The 23-year-old finished third in Heisman Trophy voting and was named a First Team All-American in an outstanding 2021 when he threw for 4,319 yards and 42 touchdowns, a single-season record.

“We were really attracted to the intangible things that everyone knows about, a stellar season in which he had to lead his team to the ACC championship, be a Heisman finalist, rewrite Pitt’s record books, be considered next to the likes of Dan Marino, we saw it all, Tomlin said.