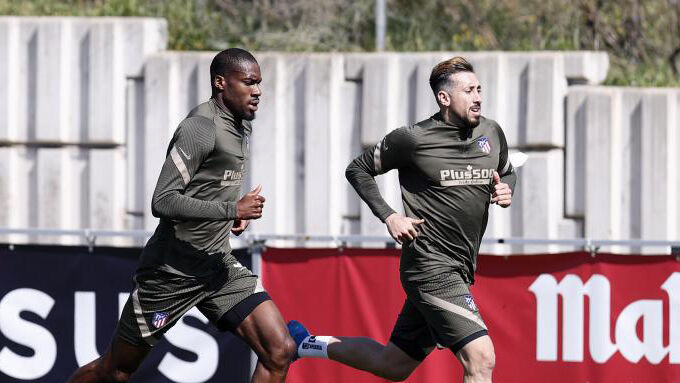 ANDhe center of the rojiblanco field seems destined to be one of the demarcations of the pitch that has more movements this summer. There has been talk of the more than possible arrival of Rodrigo de Paul to Atlético. To which should be added as a movement the already safe exit of Torreira and the complex situation of Saul. For now, without offers for the youth squad, it will be necessary to see if he finally ends up leaving. The fact is that there are two players who this past season have lived a bit in the shadows and could be affected by these movements. They are Héctor Herrera and Geoffrey Kondogbia.

The Mexican, who lived sweet moments in his second season, in the end could not finish settling down and only played eight league games as a starter. Eight out of a total of sixteen games. Little baggage for a footballer who alternated good performances with countless problems during the season: injuries, covid, personal issues … It was not an easy year for a Herrera that you could consider a way out in case you see your options diminish. From France there was talk of Rennes’ interest in the rojiblanco midfielder. For now Hector he is still waiting for the events to regain the prominence he had before the muscle injury he suffered in the derby against Madrid.

In case of Kondogbia is different. He arrived with the season started and in a position in which Simeone usually makes few concessions. Only four games as a starter of the twenty-five in which he participated. Starting the preseason with the rest of his teammates from the first day and knowing the way of working of the Cholo and what is asked of the team should be a starting point in favor of the former Valencia. A Kondgobia that has been far from the footballer who marveled at the stage of Marcelino at the helm of the che team, but in which many hopes are placed on Atlético for the following season. The footballer assumed a role that he was not used to and worked like the most throughout the course.

The fact is that both players will be very aware of the movements that occur in the center of the rojiblanco field. Both possible departures and possible arrivals.