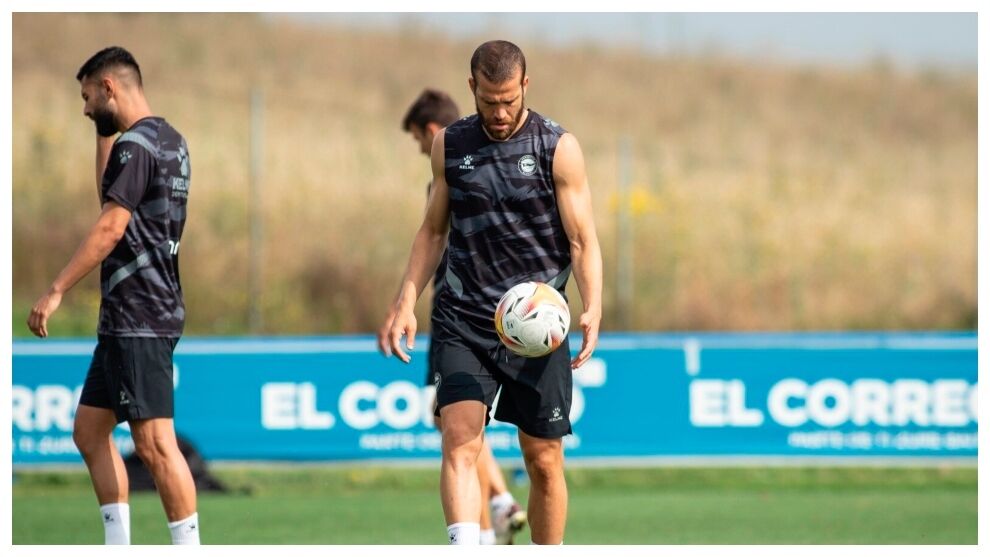 TO On the threshold of starting his eighth season in the ranks of Deportivo Alavés, Víctor Laguardia faces it in a slightly different way. After the departure of Manu García, the teammates have chosen him as team captain, a function that, although not officially, he has been exercising for a long time. With that trajectory and that baggage behind him, the center-back reflects at MARCA on various issues that surround Deportivo Alavés: absences, incorporations, sensations, and of course, a most interesting debut, especially a Real Madrid. All this from the point of view of a fierce player who plays for a club that is fond of fighting and fighting.

Question. How is Laguardia doing personally and in sports?

Answer. Personally with great enthusiasm, which is the important thing to be a footballer, to be hungry, to have ambition, even though the years go by. Eager for the good to start, and wanting to see the fans in the stands, to see color in the stands, because we have seen that football without fans changes, it changes a lot.

R. Very much. For both good and bad: at home you can see that people give you that strength in the moments when you are weaker, and that shows a lot, especially in Mendi, that our people support us a lot. Away from home, the rival fans somehow motivate you and make you gain strength if sometimes you don’t have it. These last months seemed like friendly matches in which there were gigantic goals.

Q. Take a quick stock of the preseason.

R. It has been good. The friendly matches have been good, growing little by little against strong opponents. We have done double sessions, intense work to be fit for what is coming. At the injury level we have had almost nothing, so satisfied.

Q. How about the novelty of the concentration in La Manga?

R. The truth is that good. It is true that you leave Vitoria and arrive in another very warm area where the weather conditions are strong, but you have to adapt to that, because we will go to fields where it will be hot. It has served to make pineapple with new people, that is, we have taken advantage of the stage at a sports level and at the dressing room level, which is very important for Alavés.

P. The last two seasons you have suffered a lot, last year you said that it was being the most difficult moment since you arrived at Deportivo Alavés. What do you expect from this campaign?

A. Yes, that was after the match against Celta, which we lost 1-3 and we had been giving a bad image. It was a tough moment, the most difficult in my career at Alavés, I repeat it again. But that is past, we overcome it with everyone’s work, and that gives you confidence and learning to face this year with guarantees of, at least, suffering less. We are Alavés and we know how to suffer, but we have to try to suffer less, and that the people who return to the field feel identified and enjoy the team’s dedication and football.

P. This year’s squad has two profiles: young players who have come new and players with a lot of connection with the club such as you. How do you see it?

R. It is quite varied. I am particularly happy. We have brought in quite a few young signings with great hunger and enthusiasm and wanting to show themselves to the world in the First Division, in addition to having a human quality of ten. I think we are doing a good block, I think there will be something missing to close the squad definitively, but what we are seeing is very positive.

Q. Pellistri already said the other day that you took it upon yourself to send him a message as soon as he signed. The “jerk” says he’s calling you.

R. Facu is a phenomenon. In terms of football he is spectacular and in human quality as well. From the first day the season ended, I’ve been writing to him, putting a bit of reed on him, putting a little pressure on him, although I don’t know if it would be worth a lot (laughs), so that he would accept the Alavés project. On and off the field it is a spectacle. In addition, he is very young and I have him there almost like a son.

P. We must also talk about Calleja. Last year, although it was everyone’s job, he embodied the figure of “hero” a bit. This year he has already been there from the beginning, he has been able to instill his ideas … He was the ideal coach for this year, right?

A. Of course. It was necessary to give continuity one hundred percent. As you say, that hero figure, that savior figure … we were in a very difficult time and we needed someone to hold on to, someone who has faced situations like the one we had last year. In addition, his football knowledge was seen from day one. It gave us a mental level of confidence in the field that was essential to get the results we got. From there, we had to give continuity to the coaching staff, something that we had not been able to at Alavés due to various circumstances. That is important, creating a base for the future, and I think Calleja can be Alavés coach for many years.

P. What football are we going to watch?

R. Well, the important thing is to win (laughs). Regardless of how you play, the important thing is to win and achieve the objectives. From there we all know the coach, he has a very clear idea of ​​football and in preseason he has been able to work on it: maintain possession, have control of the ball … try that contact with the ball that we have rejected in other years. You have to adapt, we all have to adapt to what the coach wants and restore the confidence that he gives us all. That is also important, knowing that even if you fail, the coach will have the confidence that nothing happens, because he has told you what to do.

Q. And how does Manu García’s departure affect both the team and you personally? Suppose you have to step up?

R. The dressing room loses leadership because it instilled the values ​​of Alavés very well. Both Pacheco and I have learned a lot from him to take his witness and explain to the people who are coming what it means to put on this shirt and play in front of this hobby. It’s a shame but they are phases of life: he has had this end and we will have another. They are normal things in life, sure that it will go well.

P. Another proper name: Joselu. There has been a lot of talk about him this summer. A very important piece for Alavés.

R. And it will continue to be. For us he is a fundamental player as you can see by numbers and by game. For us it is a luxury. I imagine that clubs from all over Europe would be interested in him, it is normal. From there, it is a negotiation that sometimes comes out and sometimes doesn’t. Selfishly I would like to have it, personally I want it to be happy. Here we will all work so that he is happy and I hope he stays for many years, because he is a very important player.

A. That is a big topic. I was lucky with Alavés to win at the Camp Nou on matchday 3, and I was lucky enough to beat Real Madrid in November / December, when the team was shooting. In the end you have to play against them, we will try to get the first three points, because they are vital for us.

P. Real Madrid without Ramos, Barcelona without Messi … there is a lot of talk about this and it is said that this affects all teams. Do you share this opinion?

R. We are talking about world stars. It is logical that the departure of these players affects the product that La Liga sells around the world. From there, we are in Spanish football, some are leaving and others will come, I do not know if this year or next, but I would not enter a state of impatience. Big stars that are coming out will come to the Spanish league without any doubt.

P. A message for the fans?

R. I do not like to give messages because I do not consider myself to be anyone to give messages. Simply thanking all the support they give us, for us it has been fundamental in the face of salvation. Ask them to continue supporting us as they do, this time, thank God, on the field. For us it is a pleasure to have them, we are much stronger.

Q. I ask you to play the seer: what season awaits Deportivo Alavés?

A. Suffering together is the beauty. Alavés is that, it is suffering, it is to overcome, to overcome adverse situations as we have done for years. From there, we must not put a ceiling on ourselves, look as high as possible, and that the fans feel identified with the team by game, claw, dedication and spirit.

Bordalás: “We are aware of tomorrow’s game”

Bordalás: “It is clear that in recent seasons we have been well above the initial goal”