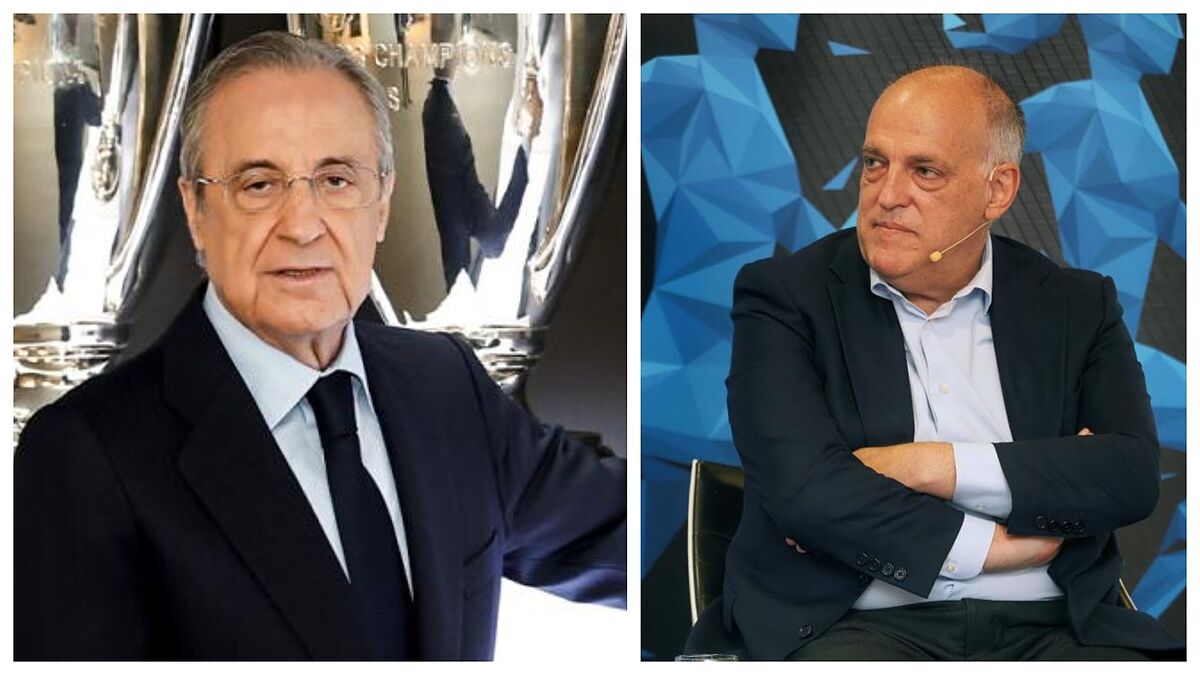 LFlorentino Pérez’s interview at El Chiringuito has already provoked the first reaction. LaLiga has issued a statement to respond to the president of Real Madrid for some of the answers he gave on the TV show.

In LaLiga they must be the sports directors of Barça

When asked if Barcelona could sign Lewandowski, Florentino took the opportunity to throw a dart at LaLiga. “That I don’t know, in LaLiga they must be the sports directors of Barçasometimes they say they can’t sign, other times they can, Let Barça do what they think is appropriate, but don’t condition them.”

Tebas certainly does not support Real Madrid, I do not feel supported by Tebas, I feel harmed

Regarding LaLiga’s complaint against PSG and Manchester City, the president of the white club said in El Chiringuito: “Tebas certainly does not support Real Madrid, I do not feel supported by Tebas, I feel harmed, We also have a lawsuit for a LaLiga agreement that in our opinion is illegal. It’s illegal for sure. It breaches a decree-law, that we assign the TV rights to LaLiga for its commercialization, under a competitive regime and for three years. And it is not like that”.

Tebas certainly does not support Real Madrid, I do not feel supported by Tebas, I feel harmed

About Laporta and that he does not give in to CVC, he commented: “Barça is a serious club, which has denounced a legality and that it will hardly enter later, it would be absurd”.

A few words you had this morning LaLiga’s response in the form of a statement in which they assure that they have never pressured the president of Barcelona at any time or in any way.

Given the statements made by the president of Real Madrid CF, Florentino Pérez, last night on the television program El Chiringuito, we at LaLiga would like to clarify:

LaLiga has not pressured at any time or in any way the president of FC Barcelona, ​​Joan Laporta, with the intention of him joining LaLiga Impulso. At all times, what has been done is to attend to the different information requirements requested by FC Barcelona from both LaLiga and CVC, always in response to a previously expressed interest from the Club.

As has already been explained on numerous occasions, the agreement with CVC to develop LaLiga Impulso has benefited from the legal advice of important international law firms such as Uría Menéndez or Latham & Watkins from the outset, for which it refers to absolute legal solvency since its inception. conception.

Said agreement was put to a vote, as it could not be otherwise, following the democratic channels enabled in the different governance bodies of LaLiga.

We regret that, once again, Florentino Pérez questions the decision-making capacity and autonomy of the rest of the presidents

Most of the clubs that make up LaLiga, 38 of the 42, decided to join after analyzing the agreement individually and autonomously, also supported by their respective legal advisors.

Lastly, we regret that, once again, Florentino Pérez questions the decision-making capacity and autonomy of the rest of the presidents and managers of the LaLiga clubs.