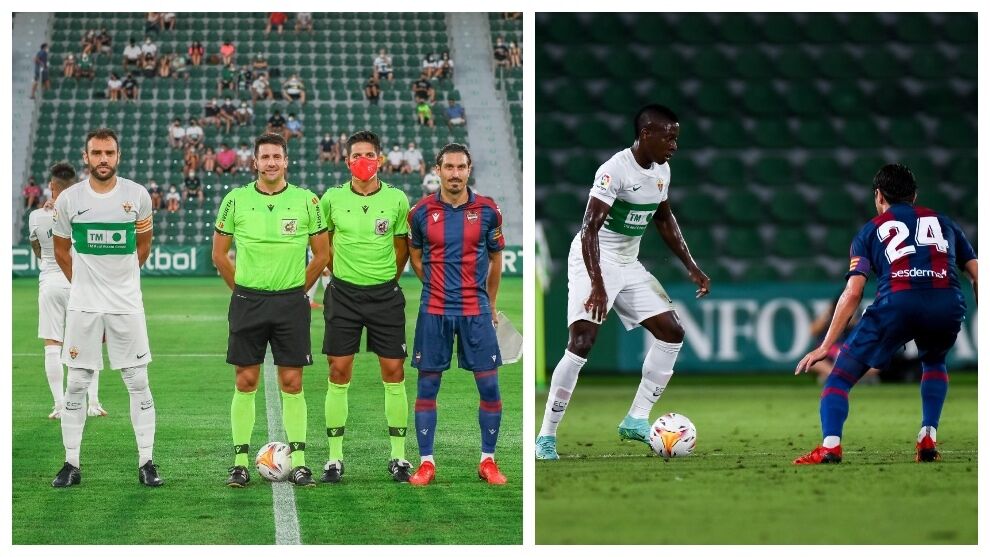 Levante closed the preseason with triumph after beating Elche 1-2 in the Martinez Valero. Melero and Morales scored for the granotas, while Lucas Boyé He did it for the people of Elche. The three goals of the match came in the second half.

Fran Escribá and Paco López bet on recognizable eleven in the last preseason test. On the part of the franjiverdes, Bigas he was the only signing in the starting team; in the Valencians, Roberto Soldado accompanied Dani Gómez at the leading edge.

The meeting began with dominance of Elche. At five minutes, Fidel crashed a ball into the wood after a good assist from the right of Josan. Lucas Boyé, one of the most active players in the franjiverde team, he was also close to opening the scoring. Cardenas he avoided both the Argentine with a great save.

The granotas improved as the minutes passed. At half an hour, a De Frutos center was close to becoming Bigas’s own goal. Minutes later, Roberto Soldado crashed a shot into the goal post defended by Edgar Badia.

The first part ended with a major setback for Paco Lopez. One week before the start of the League, Miramon had to be replaced after feeling discomfort. Coke entered by the Aragonese footballer.

Levante managed to get ahead at the start of the second act. Melero scored for the Valencians after taking advantage of a great pass from the left of Roberto Soldado, who fell to the band to assist the midfielder.

Lucas Boyé scored the equalizer ten minutes after the goal of the team Paco López. The Argentine striker received a ball in front of the area and calmly put the ball out of reach of Cardenas.

In the final stretch of the game, Morales scored the final 1-2. ‘El Comandante’ shot at pleasure after a personal move by Sergio Leon, which got rid of the central Elche with a great maneuver.

The franjiverdes close the preseason with a bad taste in their mouths. The people of Elche will make their debut in the League hosting Athletic Club de Bilbao. The granotas will start the competition by visiting the Cadiz.