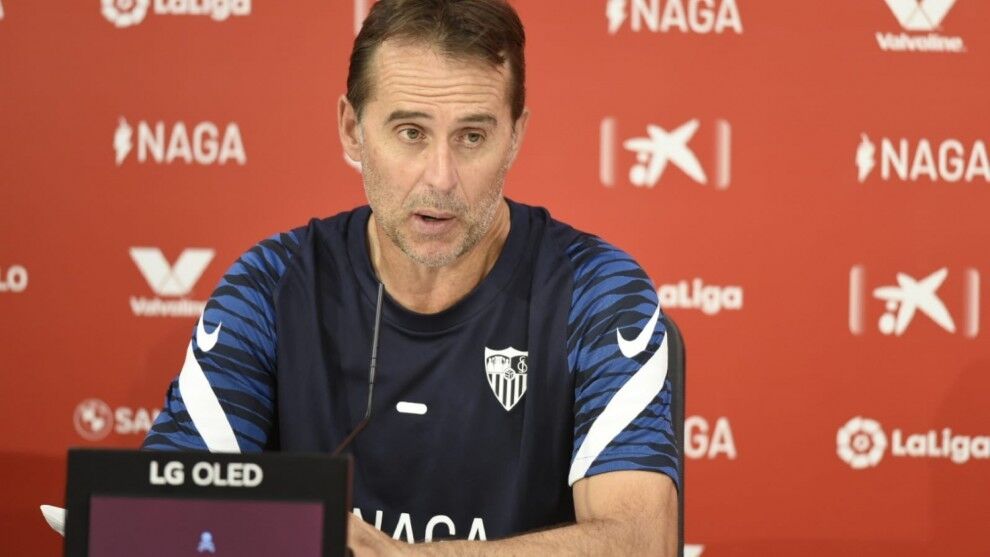 Julen lopetegui is involved in the possible transfer of Jules Koundé to Chelsea. The coach, who this afternoon will give the call before mounting his players on the plane that will take them to Alicante to join Elche tomorrow, left the presence of the Frenchman in the air, without entering to assess whether he will be able to play tomorrow, knowing that They are key hours in the market to know the future of your player and his possible substitutes. “The Sevilla coach must be prepared for all questions. These guys have their market share. What will happen I do not know. If Jules leaves we are left with two centrals. If it happens, we fully trust Monchi. Little time left and nothing is simple. Our focus is 100% on the Elche party“, he declared. “Those who come in the convocation must be prepared …”he added.

“Focus set with a tough match against an opponent that last year he beat us and he beat us well. Same coach, good players. We expect a complex, physical, fast and resourceful team. He’s in good shape. We need to play a good game. They have played two good games against Athetic and Atlético. “

“When it’s your turn, it’s your turn. In the Champions League draws, all the teams that touch you are complex, like all groups. French league champion, Bundesliga leader and another team that last year was on the verge of eliminating Atlético. Very even group “.

“It has arrived in very good condition. We are pending the issue of the transfer. If you have it, it will be available for our choice.”

“Of course the teams have to let the players go with their national teams, but as long as they can compete on the return leg. There is a very clear conflict. Blowing and sucking cannot be done at the same time. Imagine that a Champions League round you cannot have the player because he has an international commitment. The position of the clubs is absolutely defensible. Agreement based on good sense“.

“The injury is lasting longer than we all wanted. He is an important player in an important demarcation. At the moment it is not there. “