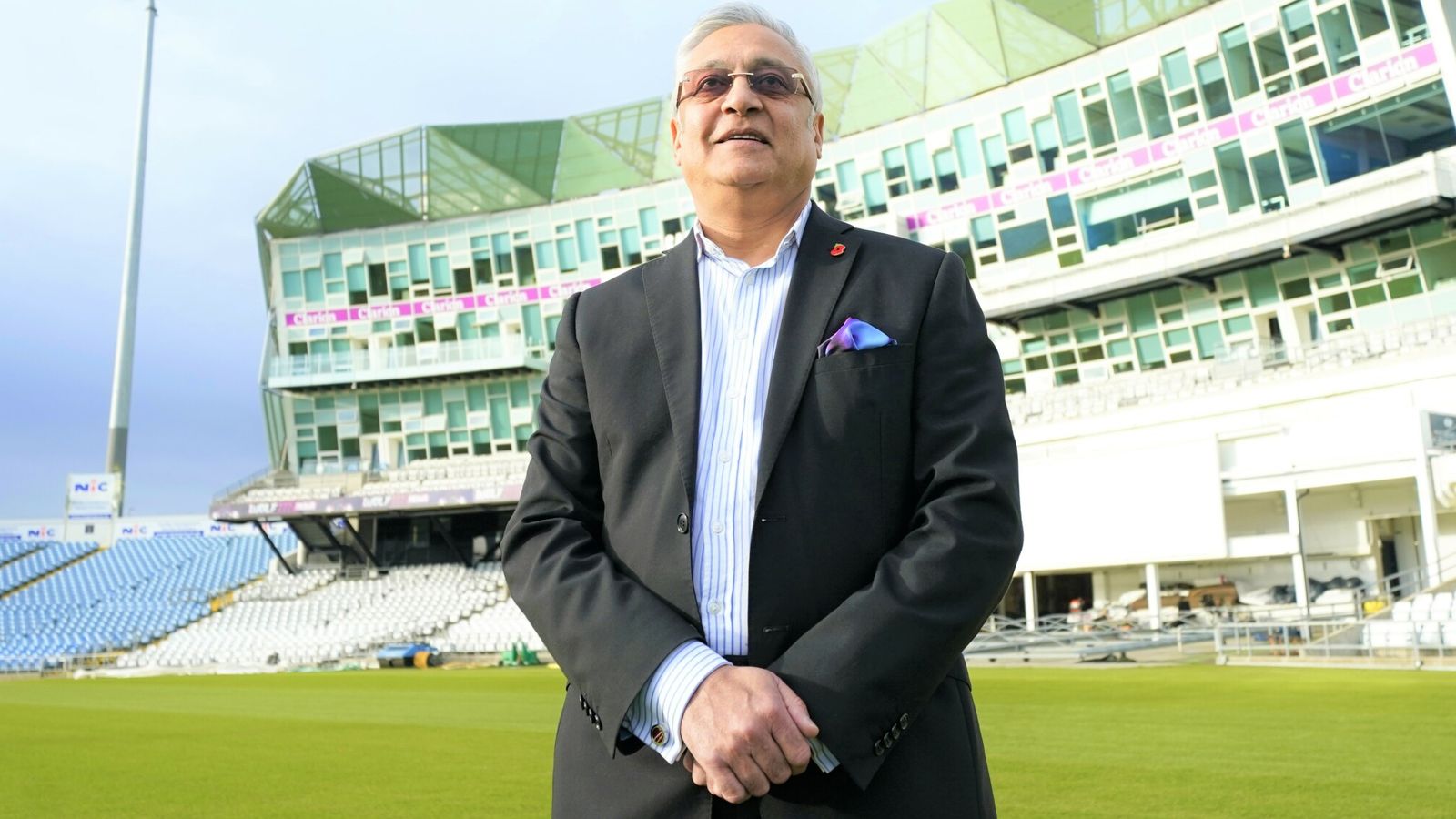 “We have to change and that is not going to happen overnight. We are on the first rung of that ladder ”; Lord Patel says Yorkshire is progressing positively after Azeem Rafiq revealed the racism he suffered at the club

Lord Patel warned that it would be a “catastrophe” if the Yorkshire Cricket Club cannot again host international cricket after the Headingley racism scandal.

Former player Azeem Rafiq exposed the racism he had endured during his career in Yorkshire, who has since appointed Lord Patel as president to oversee a new era at the club.

Since then, 4,000 people have shared stories of racism throughout the game with the Independent Commission for Fairness in Cricket.

The fallout in Yorkshire has led to the club’s abandonment by various sponsors, a series of layoffs between the coaching staff and the ECB removing the privilege of hosting international cricket until positive progress is made.

“I think if international cricket doesn’t come back here this year, we will have two big catastrophes,” Lord Patel told Sky News.

“One is that hundreds of thousands of fans, boys and girls, the people of Yorkshire will suffer tremendously because we will be lost and secondly there will be a major financial crisis.

“Hopefully a lot of the existing sponsors will come back to us in the next few weeks; a lot of new sponsors have come and talked to us, but a lot of that is based on the idea that we will bring international games back.”

Former Yorkshire and England star Darren Gough returned to the club as the new cricket director after leaving his post at Talksport radio.

Despite one of their interim coaches, Ryan Sidebottom, having to apologize this week for saying in an interview with Sky Sports that the club should “forget” what had happened to Rafiq, Lord Patel accepted that this was a genuine mistake. and believes that the culture has already started to change.

“We have to change and that is not going to happen overnight. We are on the first rung of that ladder, ”he said.

“It was the locker room culture and beyond.

“Only one or two of us have come out as Azeem to do something about it, and that’s what’s distressing, but that’s the opportunity.

“Now we can call him and talk about it.”

The club has also signed a partnership agreement with Lahore Qalandars in Pakistan to share players, ideas and resources.

Yorkshire is planning a talent search inspired by how the Qalandar have scoured Pakistan in search of young cricketers.

Lord Patel said: “Like any franchise, a lot of players can buy (but) what they chose to do was go to the most remote parts of Pakistan and do a talent search.

“I have seen the figures for myself: half a million young people had a trial in two and a half years. We can go to the four corners of Yorkshire and give all the boys and girls a chance.”

“I don’t want to stop there. I’m talking to a couple of other countries in the world where we can do that.”

Lord Patel added that he hoped the cricket authorities, and everyone in the game, would take the change as seriously as he did.

He added: “I desperately hope that all the counties, the ECB and all the cricket fans can see that this is the right direction of travel and if we tear ourselves apart we will not get there.”

“The only thing we will harm is cricket.”

Cindy Butts, Chairperson of the Independent Commission for Equity in Cricket (ICEC) said: “We have had an overwhelming response to the first part of our Call for Evidence, with over 4,000 people (from diverse backgrounds) sharing their experiences with us. .

“I would like to personally thank everyone who has taken the time to respond. Their contributions are invaluable to our work.”