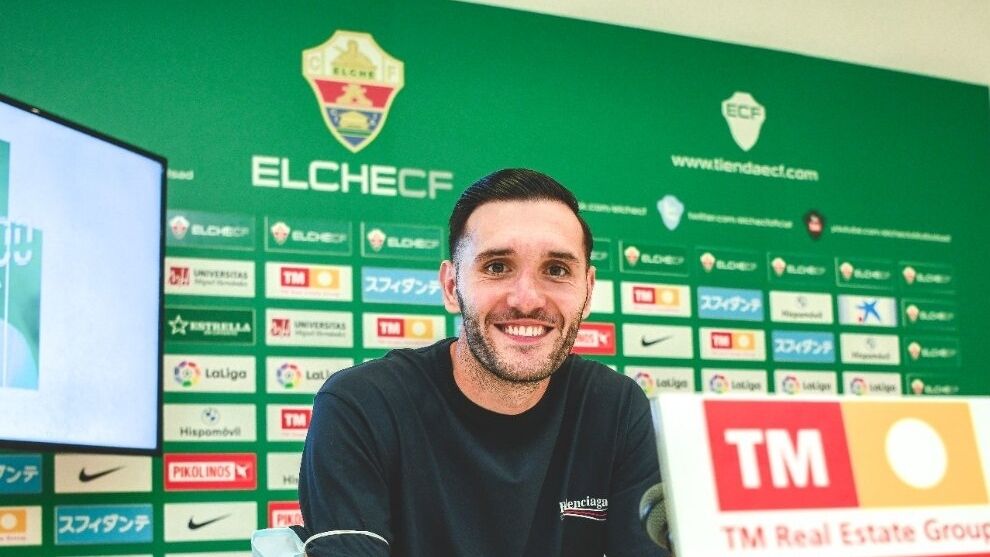 Lucas Perez has been officially introduced as a new player of the Elche. The Galician forward, who arrives free to the Elche club after leaving the Alaves, has signed for a season with the franjiverde entity. “I was looking for a club to give me confidence after a difficult year “, said the punta coruñés.

The 32-year-old attacker has acknowledged that last season was “complicated”, although he has stressed that in the end they achieved the goal of permanence with the Alaves. Lucas Pérez has been “grateful” to the Vitorian club.

The Galician striker has ensured that he is “physically well” after having made the preseason with the Basque team. The Spaniard has admitted that the week off due to international commitments is going to be “very good” for him: “It will help me to get to know my colleagues more and adapt to the team. “

Finally, questioned by the great competition that he will have in front of the Elche, the Galician forward has argued that he is “delighted” to share a dressing room with “great footballers”: “Competition is good for everyone and, above all, for the coach, who will have more options “.