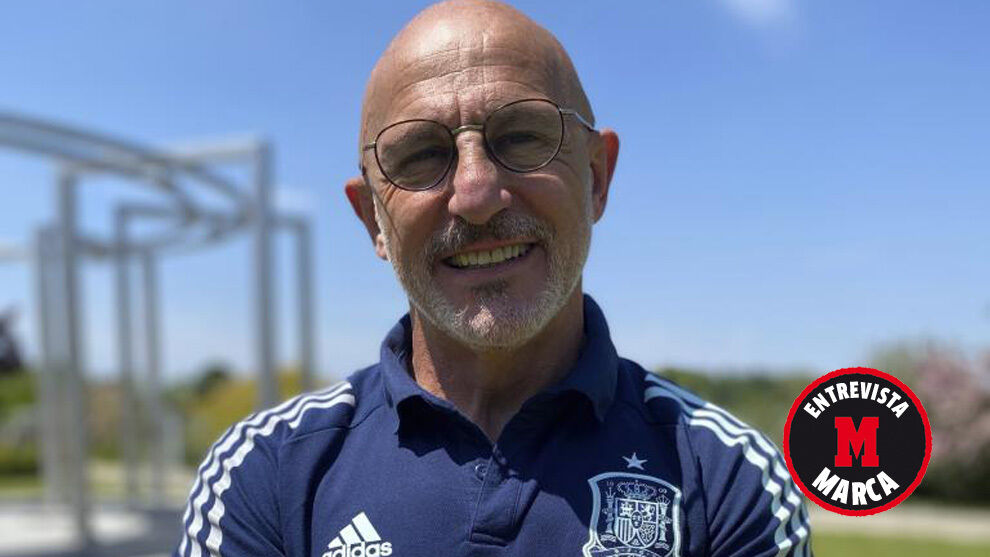 Cwith the Olympic silver achieved this summer still on the retina, Luis de la Fuente (Haro, La Rioja, 1961) you already have a new generation of players in your hands. This Friday begins the road to a European which will be the door to repeat an Olympic experience in Paris. Until then, he will have to shape a group of footballers who, for the moment, have plagued the showcases of Spanish football with success.

Was the achievement in Tokyo appreciated more during the holidays?
When you lose a final you think you are runner-up, but here it is different. We won the silver medal. In the history of Spanish football there is a gold medal and three silver.
What are you most proud of about Tokyo 2020?
To have lived 42 days with a team of capital letters. I mean the whole team, they have been fantastic. First, the players with exceptional behavior. In 42 days there was not a single scowl, not a problem. Then, technical staff, assistants, doctors, equipment, security, press … There was not a crack, there was not a single problem. It was magnificent.
People cannot imagine the conditions in which they competed in the Games.
And that would have meant wear without that union. People cannot imagine the extreme conditions in which we work and compete. The climate, with the humidity and the heat, the displacements. Of the 42 days, excluding the 7-8 in which we were staying in the Olympic Village, the rest were in hotels living in a room and going out to go to the dining room and train. So day after day. Without having communication almost between us. It was an extreme demand, watched all day, very controlled. It gives more value to what has been achieved.
Do you regret something?
Actually no. And it’s not a lack of humility, don’t get me wrong. Everything was done with such professionalism, all the details were finalized down to the smallest observation. It would be unfair to say that I would change anything. I think everything went well. In the end, winning or not winning is a matter of sport. It was a humbling experience, a tremendous experience to share moments with any athlete. We were athletes, not footballers.
The most successful generation in the history of the lower categories of the national team comes into your hands.
It is tremendous. The coaches that make up the Federation are responsible but, especially, Santi Denia. He has had them since they were children and has grown up with them. He has achieved incredible achievements with European titles and world runner-ups.
Is there more pressure?
The most important pressure is what you put on yourself. That there are expectations from outside seems good to me, but what worries me is my own demand, something that is very difficult to overcome in terms of what comes from outside because it is maximum. It must be like this to get the best performance.
In the previous generation, Olmo breathed a sigh and two ago it was Rodri who made the leap. Now will it be Bryan and Yeremy?
I wish. And hopefully there are more, it would be a recognition of our work. It is their merit, we give them recognition that they earn in their club. The unquestionable thing is that the media recognition is the selection. They may be doing very well in their clubs, but I am sure that if you ask a lot of people where Abel Ruiz plays they have no idea. The selection gives them the true value that they have. Because in the selection the cotton does not deceive. Either you are very well or it shows. It is excellence, you have to be at a very high level to show that you can compete.
Does it hurt that Ilaix doesn’t want to play for Spain?
If you make the decision, it is for something. The first news that has reached us is that he seems to have given up playing for Spain. I think it’s very good because these kinds of decisions have to be brave and take them. It is true that I would like to have Ilaix because he is a fantastic player. When one makes a decision that is thoughtful and considered, all due respect, it cannot be otherwise.
When will the Second Division be asked to stop on the selection dates?
That is to live the reality of the moment. A few years ago the Second Division did not mean internationally what it means today. It is seeing the real scene. There are many international players in Segunda and not only in Spain. It should have the same treatment as the First Division.
The complaints from the clubs are logical, but it is also true that if you do not call their players later they will also complain.
Correct. That tug of war we understand. It is logical that the club feels harmed, but the calendar is what it is and we only have these opportunities to summon these players. The important thing is to assess the current scenario of the Second division, where every day there are more internationals. Treatment should be like Primera’s.

Athletic, fourth season in a row without entering Europe