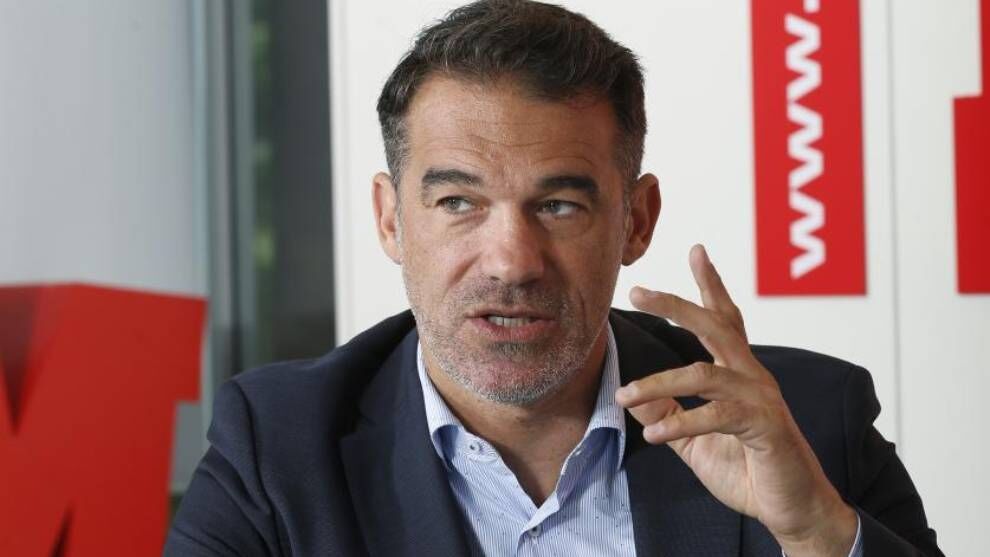 Luis García Plaza (Madrid, 1972) appears at the Bernabéu with a smile on after an unimaginable start to the season for a newly promoted. He adds 8 points with Mallorca, he is 7 from relegation, and all with a team that continues to maintain last season’s block in LaLiga Smartbank.

QUESTION. He returns to the Bernabéu after more than 7 years. That is a good sign after his tour abroad and after the promotion with Mallorca.

ANSWER. I went abroad after leaving Getafe to try new experiences and with the idea of ​​one day returning to LaLiga. In Mallorca everything went well, we went up the first year with 82 points and now we are here fighting with the best.

P. They arrive well and without pressure, although with many casualties behind and a fearsome Madrid at the top.

R. We have lost a game of 5 and if we continue like this, we will be safe (laughs). The sensations are being good, removing the first half in San Mamés and for a while the day of Villarreal, so we arrived well except for the losses in defense …

P. Well, as Vinicius and Benzema are, doesn’t the visit to the Bernabéu scare you?

R. No, we have to adapt and compete with what we have. It is true that Vinicius is at a superlative level and that Benzema has been a differential footballer for a long time. They are surely one of the most fit couples in world football, but we cannot leave scared and we can play our game … if they let us.

Benzema is getting better and better: he has always had quality, but physically now …

P. Who do you see better: Vinicius or Benzema? What do you like the most about each one?

R. Vinicius is huge. I think that right now he thinks he’s the best in LaLiga. He has tremendous confidence, he catches the ball, he goes away from everyone and on top of that he is scoring goals. Benzema is getting better and better. He has always had quality, but physically he is better than six or seven years ago and it shows.

Q. How do you explain the change in Vinicius? What part of the fault is Ancelotti?

A. There is a bit of everything. Ancelotti has given him the confidence that perhaps he did not feel with Zidane and it is logical that this helps. In addition, it must be taken into account that he came as a child, with only 18 years old, from another continent, and you need some time to adapt. And on top of that, you arrive in Madrid. His physical evolution is evident, without forgetting that scoring goals helps a lot.

To draw goalscoring conclusions you have to wait a season with Vinícius, but it is not a 9 and we cannot ask him to score 30 goals

P. Can you learn to score goals or do you think it is something innate?

R. I am one of those who think that the goal is something innate, but obviously it can be improved over the years. In any case, to draw conclusions you have to wait a season with Vinícius. Let’s not forget that he is not a center forward and that he plays at the extreme, so we cannot ask him to score 30 goals.

P. Madrid are scoring a lot of goals in the second half and players who come off the bench like Camavinga are contributing a lot.

R. That is what we coaches want. With the five changes, the people on the bench have to contribute much more than before. In the case of Camavinga, it seems like a show to me despite the fact that he is only 18 years old.

Without signings, Ancelotti is the perfect coach for Real Madrid

P. And looking at the opposite bench you will meet Ancelotti, another coach who has come out strengthened from this league start.

R. Without signings, he is the perfect coach for Madrid. He has an incredible resume, he has won titles in all the teams he has been in and on top of that he has shown that he is at the highest level, that coaches have to retrain ourselves and he is doing very well.

P. Your Mallorca has also started in a big way. There is a footballer who gives the feeling that he is eternal: Save Sevilla.

R. Salva has a maximum demand and two things that explain why he continues at the highest level with 37 years as a midfielder: he is a professional who lives for and for football, who takes maximum care of himself; and a tremendous intelligence because he sees football before others. It is making history.

Q. And there is a player who is growing by leaps and bounds who is Baba.

R. On a defensive level it is a spectacle. We call him Octopus. He has a tremendous physical display and now must improve his confidence with the ball at his feet.

P. You have bet on the block that gave you the promotion. Your task is that the signings are making themselves hollow?

A. Well yes. We are having problems with the goal and at the top we have young people like Fer Niño and Hoppe. When he recovers from the injury Ángel will help us score goals. It is important that the signings are entering the team.

The curtain rises on the ‘playoffs’ to Primera