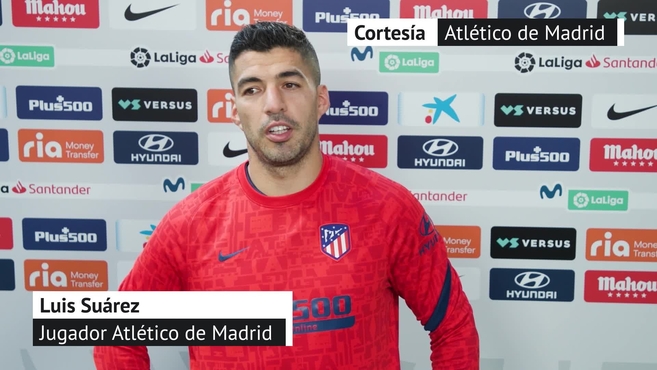 Luis Suarez, author of the winning goal of the Atlético de Madrid against Osasuna (1-2) that allows the rojiblanco team to continue depending on itself to win the title, he acknowledged that “to win the League you have to suffer” although he admitted that “he did not think that much” in a match in which they had to overcome the 0-1 of the Croatian Ante Budimir for the Navarrese.

“I think we did not deserve to suffer as much as we ended up suffering because we had one of the first best times of the season, we missed many times, me in this case. You have to get used to the fact that to win the League you have to suffer and today was another game“, said after the meeting to Movistar LaLiga.

Asked if he expected to experience such a level of suffering in the rojiblanco team, which was losing in the 75th minute and if he had not come back he would have been behind Real Madrid that beat Athletic (0-1) in Bilbao, Suárez admitted that he did not I expected to reach this level. “Everyone tells you because of the Atlético de Madrid motto, I didn’t think that much. But hey, the effort, the sacrifice that this team is making, with many people working to achieve the objectives … Now to enjoy, to be calm and to prepare for the week, “he concluded.

With this goal he breaks a streak of five games and almost two months without scoring, since the goal he scored against Alavés on March 21 (1-0), a situation that the forwards “have to be used to living with.” “There are times when the striker is easier to lower his head, to get down, but I never identified with that part. I’m happy and proud that if you fight, fight, don’t lower your arms, you can achieve your goal like today, “he added.

Suárez recalled that Atlético depends on itself to win the title, if it wins in the last match against him Valladolid. “We depend on ourselves. It is the most important game of the season, we had many but this is too important to achieve the goal, “he concluded

Beautiful: “Look how people are listened to, this is inexplicable”

Beautiful mario He also spoke into the microphones of Movistar LaLiga and praised the support of the fans who gathered outside the stadium Metropolitan Wanda to cheer on their team from the outside in the duel against Osasuna, in which they came back from a goal to end up winning 2-1 and keep their title options.

“Look how it sounds, this is inexplicable. When the team concedes the first goal, things go wrong, these people push us. This is Atlético de Madrid, you have to live it like that,” said the defender.

Miranda: “Luis Enrique has personality and is not shy about calling young people”

The public returns to Balaídos