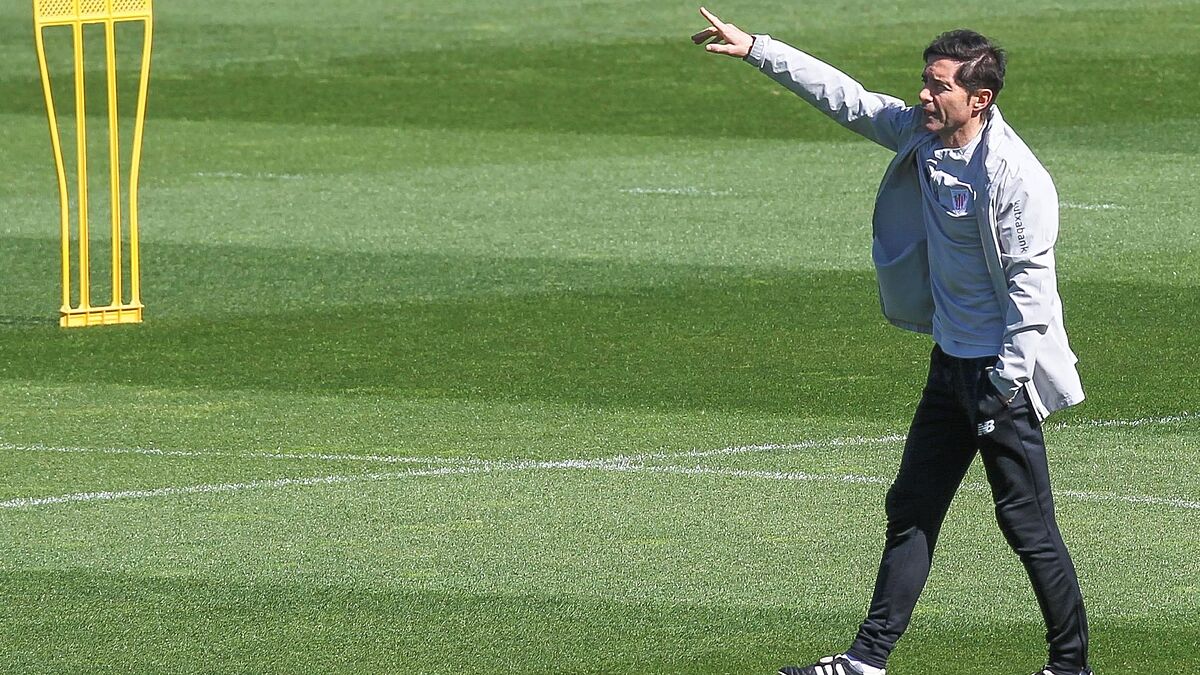 The coach needs to strengthen the group after 5 consecutive draws in LaLiga and lose two Cup finals. Iñigo Martínez, the only loss against Betis who returns to the team

LaLiga knocks on the door of Athletic, which this Sunday will close the day against Atlético, leaders of the championship in direct fight with Barcelona and Real Madrid, while Sevilla is one step below. All teams except Barcelona will meet Marcelino’s in this final leg of the tournament. The Asturian coach is clear about what he wants for his team. “Winning would be a very big boost of morale because we come from many draws. We are in the matches there very close, but finally we did not achieve victory in LaLiga. Winning against the leader, who has only lost three games, would be a very moral blow for us. important. I’m sure the team will compete. It is a beautiful challenge and we are going to try it. We are not in our best moral and physical condition, but that is no excuse. The key will be in the areas. I think that our game there was one of the best, the last of the best, and escaped us for details. There we cannot fail, “he said.

The rojiblanco coach referred to the competitive challenge he is pursuing for his team. “Looking at the last three seasons of Athletic, that is the challenge. It is a team with capacity, but it is difficult for them to maintain continuity. This is what the data says. Achieving it is a part of mentality, of cconvince ourselves that this ability must be demonstrated every day by being ambitious and believing in a game idea that provides stability and progression. There is no doubt that it takes time and that it is not easy. It requires time, work, effort and collaboration on everyone’s part. Athletic has spirit and can continuously demonstrate it to be more competitive than it is. And then there is a common condition for all teams since we lived with this pandemic that, we will all agree, football has changed a lot from being played with the public to doing it with empty stadiums. High performance is a handicap for almost all teams, “he said.

When efficiency is low, you have to try to make trust reappear, but if it lasts over time you will have to make decisions

The lack of goal in the team is a clear symptom of the lack of victories. Marcelino referred to the composition of his players on the attack line. “The one who hits hard ends up playing. We will see what the solution is. We arrived here in January and when a team comes in the middle of the season and at the beginning the results are so good in terms of offensive efficiency, the coach trusts those players. When efficiency Low you have to try to make confidence reappear, but if it lasts over time you will have to make decisions If, at the same time, you see that a footballer is effective and deserves to be a starter, I will. I try to be as fair as possible and according to the sequence I have just mentioned, make better decisions for the team. Obviously our offensive efficiency in the last month has dropped quite a bit. We will try to recover it because it would suppose many more points “, commented.

Yeray may be out soon, but Yuri and Muniain will be out for a slightly longer period.

Iñigo Martínez will be the only one of the absences from the last game that may be under the coach. “The others are low,” lamented the coach. Yeray will probably be at your disposal in one of the two games next week, but with Yuri and Muniain you cannot risk deadlines. “Yeray may be there soon, maybe the next game, and the other two will be for a slightly longer period,” he stressed.

The merits of Atlético

Marcelino and Simeone, Athletic and Atlético coaches, have distant careers, so the former is not in their teams for too long and the Argentine has become a fixture of Atlético. The Athletic coach explained it naturally while praising Simeone: “When you are comfortable in a place you want to be as long as possible, but football has its dynamics. The merit of Simeone is incredible with 9 years in the same club, achieving goals, keeping the group cohesive. I have had shorter cycles, but I spent four years at Villarreal. He did not consider me neither short nor long cycles. The only thing I try is to optimize the performance of my equipment for as long as possible. I have had some unexpected situations that have prevented me from prolonging projects in which I was satisfied and the returns were optimal, but we have to keep looking forward “.

It’s difficult to get ahold of Atlético. You have to be constant and consistent in intensity

The Asturian coach praised the virtues of an Atlético, “which If after spending more than 30 days he is leading, it is because he is super-balanced and effective in the areas. With Simeone he has always been characterized by conceding few goals and has also been rebuilding in attack. It’s difficult to get a hold of it, but we must try, be constant and consistent in intensity. “

Coudet: “We will try to make people feel excited and reflected with the team”