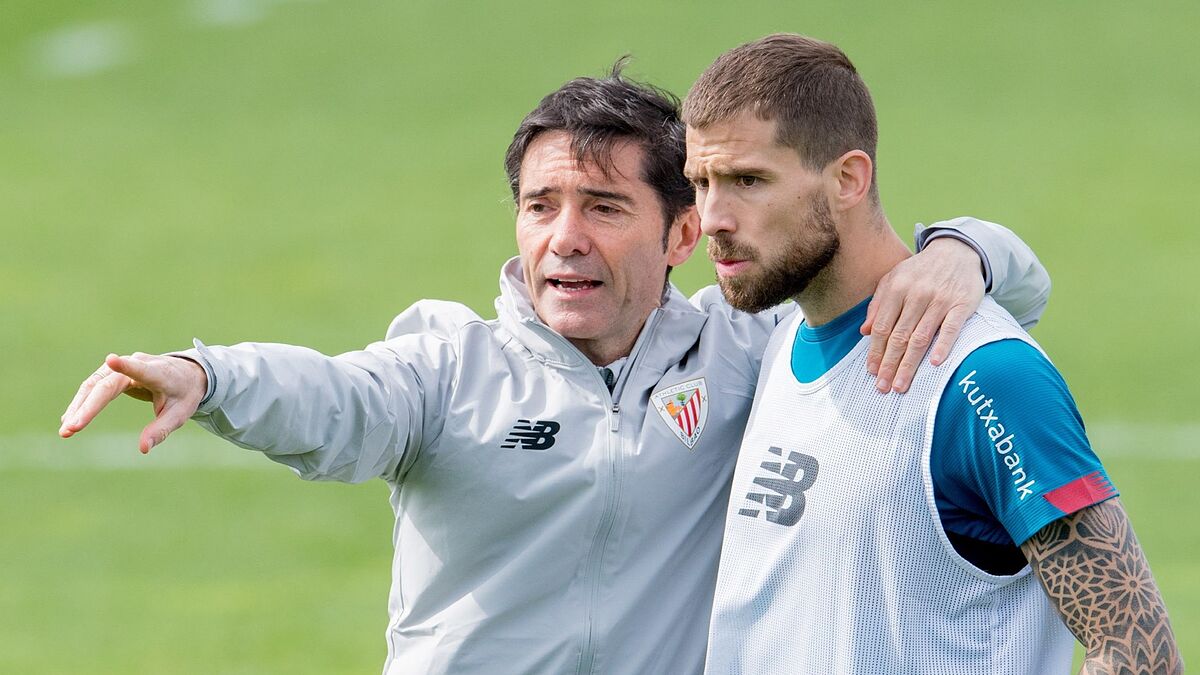 The coach is very clear about the training process and continuity of the young people in the team. “I don’t like raising players because they played a good game,” he says.

ANDhe Athletic takes on Valladolid with the clear intention of winning again and thus achieving, for the first time this season, two consecutive victories. Marcelino, satisfied with the response that the younger ones had (Morcillo, Sancet, Villalibre or Vencedor, this one now sanctioned), appealed to the prudence on the continuity and the demand towards his future players. “We have to value today’s training because we come from a great effort and there are few days. Had there been one more day, I would almost say that many would repeat. You have to see how they recover. Regardless of whether they start or not, our idea is to give participation to everyone who deserves it during training and their performance in matches. Regardless of how old you are, come from the subsidiary or have been in the first team for seven years. The criteria on them is the same as when we changed them at halftime in Ibiza after having been starters than when they played very well against Atlético. Everything needs time and minutes, but if you push the door, you enter, “he said.

The generation that arrives at Bilbao Athletic, who in a few weeks will fight for promotion to the Smartbank League, is beginning to emerge. “To me I’m excited to train Athletic for all its components. We know what your philosophy is and you have to take advantage of it. I am cautious and I am not euphoric or disappointed depending on whether young people play a good or bad game. They have to know that Athletic is a house with many floors and when I get to the last one I don’t have to settle and I have to settle down. That takes a lot of work, a lot of effort, a lot of humility, a lot of ambition, and it will still be difficult. Only time will tell who fits all those values ​​and product to all of this and their talent develops performance. I don’t like to elevate a footballer because he played a good game. A good game is a coincidence, 150 make you consecrated in Athletic …There is talent, but to that we must add many values. I love working with young people. And I always repeat, knock down the door because we will be delighted to do so, “he commented.

Away from Europe – arriving would imply a successful end and that the rivals stumble – the coach pointed out that “we are going to try to beat Valladolid. Hopefully we will push a lot in the remainder of the league. We want to continue what we did against Atlético with intensity and play, in movements with and without the ball. This game has many incentives: winning our second game in a row this season is also important. We can corroborate it. We will see if we are able to continue what has been done and offer our maximum performance. I hope so”.

We will value minutes and performances of each one to make up the squad for next season. We are going to demand the maximum because we want to give life to the competitive level

Marcelino confessed comfortable in immediate challenges. “We are a coaching staff that sets short objectives. For me, now, the only objective is to beat Valladolid, to get the line-up right and for the team to show its maximum capacity. That all the players are excited, motivated in their performance and have joy after two situations (the lost finals) like the ones we have experienced. And then, in due course, we will assess the minutes and performance of each one to make up the squad for next season and there each one will begin to earn their way. I would not like to make bold or hasty assessments. We are all going to demand the maximum because we want to liven up the competitive level, “he snapped.

The victory against Atlético has relieved the locker room. “If no doubt. They needed a win after so much draw. It is a moral booster in the mood and in every way. It is a very important blow because we also played a good game in the first half and we were solvent against a powerful opponent. From that point of view we are very satisfied. Players feel strong and capable. We hope to take advantage of that positive current to confirm it with a second victory. “

If we had had fans the finals would have been different, I’m sure

The technician He referred to the possibility of opening the fields to fans in the last days. “The team is stronger with the fans. What’s more, if we had had fans, the finals would have been different, I’m sure. But hey, we have to be prudent and see that the pandemic has not yet ended. We will abide by the decisions that the different organizations decide. . We all want to have people because that would also imply that the covid, if it has not ended, has already happened in an important part. Let’s hope it is confirmed, let’s hope that everything continues along the lines we hope for and as soon as possible people are vaccinated and that football is enjoyed by the public, which is a very important component, “he said.

After winning the leader this Wednesday, he will have to participate in the fight for relegation with Valladolid and on Monday they will repeat in head duels with Sevilla. “The mentality is not who we play against, but maintaining the ambition to play and win. Having that mentality is our great challenge. It does not matter who you play against to seek the maximum performance of the team. Now they should not see us as judges, our mentality is to look at us, learn from our mistakes and reflect to improve our virtues “, he pointed out.

A team comes to us that plays a lot, with uncertainty but not anguish, and we will have to influence that they may have doubts

The Asturian He said that “Valladolid is a very punished team and its merits are far above the results. It is the team that draws the most, the sixth that concedes the fewest goals away from home, it has scored in ten outings … When you draw a lot you are close to winning. They had the added bonus of losing many points in the final stretch of the matches. I think it is a team with merits superior to results. A team that plays a lot will come to us, with uncertainty that not anguish, and we will have to influence that they may have doubts if we give our highest level. If we don’t play 200% they will beat us“

They recover an Iniesta shirt from the national team that had been stolen and is valued at 1,000 euros

Simeone prepares Correa for the goal

Koeman: “Bayern is a team that aspires to win the Champions League and has bad memories”