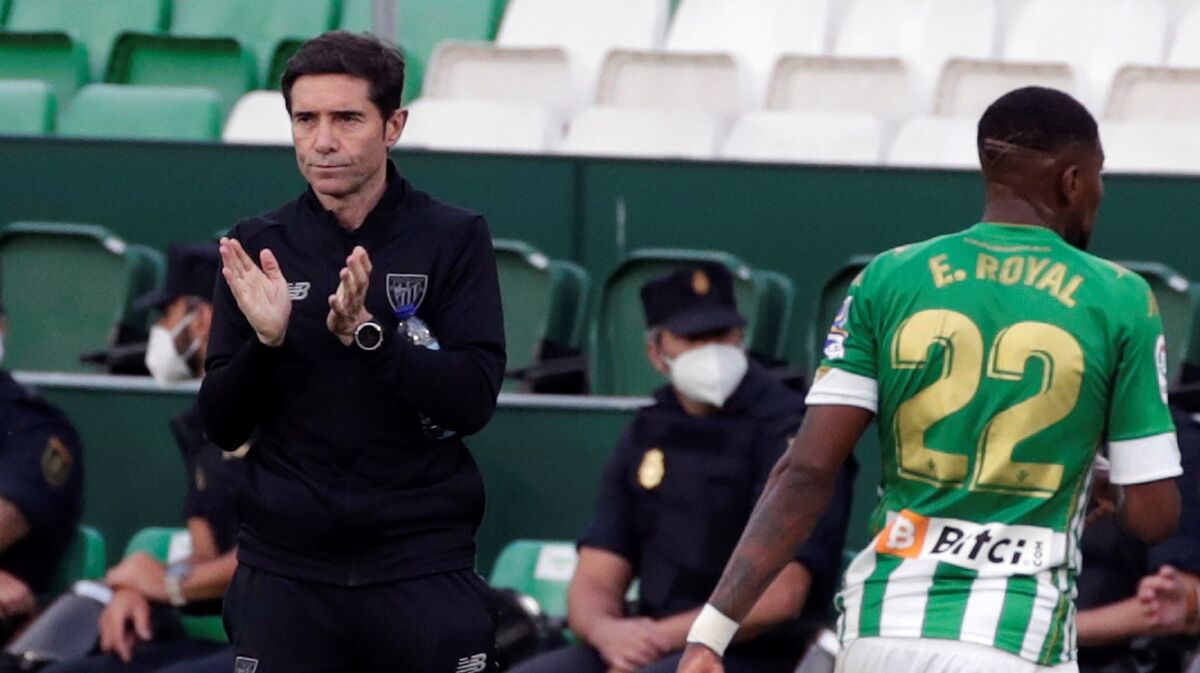 Daniel Levy seeks coach for Tottenham and in England it has been published that Marcelino is to the liking of the British club for next season despite the fact that he has a contract with Athletic until 2022. “I have nothing to say about Tottenham. I am happy at Athletic for the welcome they have given me the fans and the club. I am sad that I did not win a Cup final and now it’s time to keep working with the maximum possible humility so that Athletic is better, which is what I am focused on, “he said.

Coach He referred to what it meant to play in advantage from the 12th minute due to the expulsion of Fekir. “You always want to play with one more. We missed the goal that would have made the biggest advantage and we couldn’t take advantage of the arrivals we had. Betis also made us some dangerous arrival, but we had a stick, the ball went around the area several times and Bravo was phenomenal. A goal would have given us victory and much more confidence, “he commented.

A goal would have given us victory and much more confidence

The coach pointed out what this meeting means in the face of recovery after falling in two finals: “without being an excuse we came with many casualties and people to whom we could not give many more minutes because they were touched. I think Betis is a candidate to play in Europe and the response from our team has been good. We are people and our players also carry the feeling and the obligation and the two blows in the finals have been hard and are very heavy loads. It is important that young people participate and we see that from the difficulty it is also possible to grow “.

With seven league games ahead the lineup of young players with continuity is more than possible. “There are many games every three or four days, we have fatigued players and also casualties. We are going to have possibilities and the young people will add minutes and see their evolution. At the end of the season we will see how their evolution is and if they consolidate in the first team well, better, “he explained.

The technician does not fear that the team lacks a motivation to engage for the remainder of the course. “This shield makes you want to be better every day and I wouldn’t consider myself honest if we don’t show it. All of our players want to do their best. We are not in the best physical and mental condition, but we must look forward to show that they are great professionals, “he stressed.

The possible penalty from Emerson to Morcillo and the expulsion of Fekir He considered them as follows: “It seems that there was contact, but I don’t know the exact moment. The players say it was a clear penalty, but I have nothing to say. On the monitor I saw Fekir’s expulsion, which is a play that is season is sanctioned with expulsion “.

Enrich maintains the illusion of Eibar

Marcelino: “The team wants and goes, in no case does it have a lack of attitude”