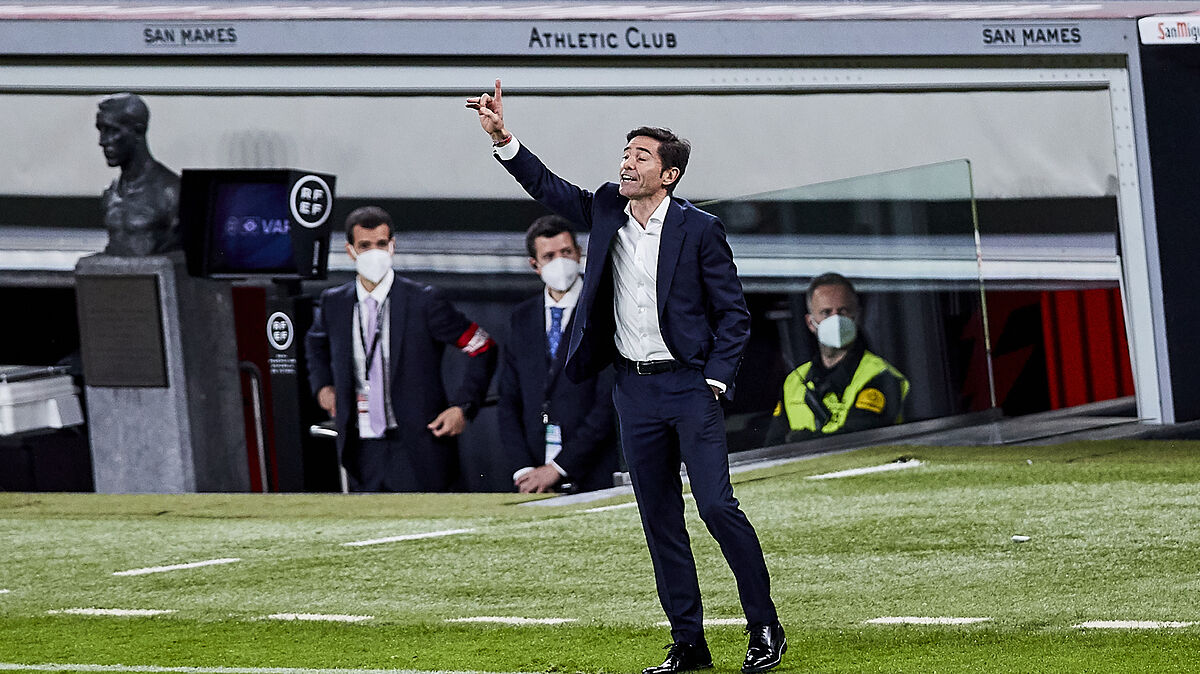 The coach congratulates himself on the return to the triumph of his players but is not carried away by the euphoria: “Going to Europe is very difficult, even winning everything is not enough for us”

MArcelino once again celebrates a victory, which is something that has been denied him since his team beat Granada on March 7th. “The Cup finals conditioned us excessively, in the way of thinking and acting. I think that just like the fans we fixed everything there and after the Super Cup it seemed that everything was headed for the finals … and we forgot Winning, which was the best way to win. Undoubtedly, by losing the two finals, these players had a very bad time. How we lost to Real left us very affected, but little by little we are rebuilding ourselves. I also say that in many games in Those of us who have tied before winning the leader deserve to win. The footballers deserve it and receive an award for their daily work. Now we have to continue and the challenge is to maintain a high competitive level, “he said.

The bet on Villalibre-Sancet in attack: “I am satisfied with both, supported by a very good team game with good circulation and presence with the ball. Sancet played his best game since we were here. Along with the work of the rest of the team, the contribution of both was very satisfactory.”

Sancet played his best game since we’ve been here

The mourning for the lost finals: “The mourning will take time to go away. If the fans see responsibility and work they will feel satisfied. And that’s what we have to do. These players work very well on a day-to-day basis, they are responsible, noble and obedient. They are very responsible for their work. I am proud of them and very satisfied for them. “

Capa’s injury does not look good, but we have to wait

Capa’s injury: “It does not look good. We will see it with an MRI or whatever the doctors decide. Hopefully he will be with us as soon as he can because of this very good game it has been the most damaging.

The fight for the League and the favorites: “Everything is very even. Now Sevilla gets in, they are going to play a Barça-Atlético. Maybe whoever wins that game can be champion, although Real Madrid and Sevilla are very close. Atlético is showing that it can be champion and there too Sevilla. That everything is so even benefits our League. “

That everything is so even benefits our League

The fight to be seventh and reach Europe: “It is very difficult. We would have to win everything and even then it may not reach us. Now we have to keep adding and the objective is to get two consecutive victories for the first time.”

Valencia does not repeat the error of Víctor Chust and renews his brother Mark, with 15 years