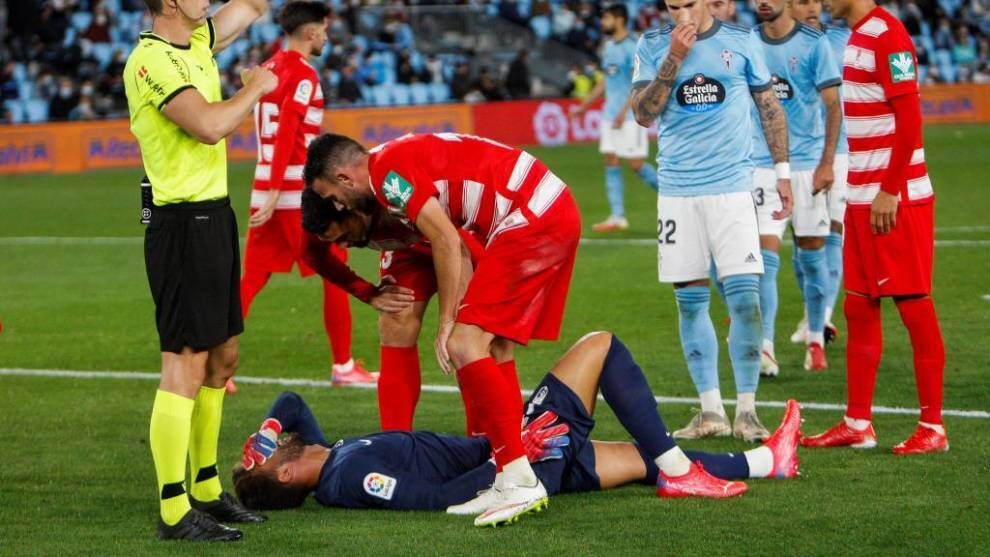 Luis Maximiano arrived in Los Cármenes with the responsibility of covering the departure of Rui Silva, a complicated mission that the Portuguese has completed in record time, making him forget his compatriot in just a few days.

Despite the goals conceded in previous matches, Maximiano was one of the most outstanding players of the Nasrid team, collecting saves of great merit, proving to be a worthy successor to Rui Silva.

In Balaídos, the figure of the Portuguese goalkeeper once again grew, showing himself very safe under the sticks and savior by stopping a maximum penalty against Iago Aspas, being key in the protection of the rojiblanco goal before having to leave the field injured.

With Maximiano out of the game, Granada tried to defend their goal, but for the sixth consecutive day the rojiblancos were unable to lock their goal, fitting back into the final bars, minutes that began to be a nightmare for Robert Moreno’s men , which is very touched after a new defeat.

With the one received in Vigo, the Grenadians already have a dozen goals against so far in the championship, being, together with Levante, Getafe and Mallorca, the team with the most goals in the category.

Alderete jokes about how he convinced Bordalás: “I abused with the kicks that day, I think he likes that”

Ryan and Monreal will be out for a few weeks