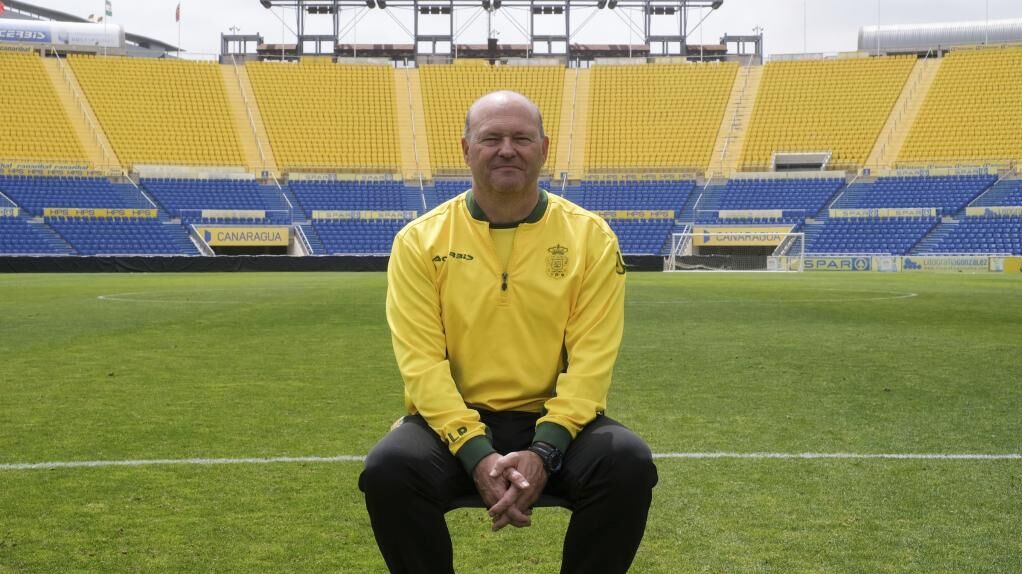 The dismissal of Pepe Mel is difficult to explain. The Madrid coach who leaves with the team three points from the ‘playoffs’talks to MARCA about his time at UD Las Palmas and makes it clear that “the dismissal is not due to a bad relationship, but due to loss of trust”.

Why do you think you were fired?
The position of coach is a matter of trust. If you don’t trust the coach, the path is short. This summer it took time to decide for me. I don’t know if it’s because the other options didn’t work out, but it’s true that that call took a while. In this club there is one thing clear; nothing is done without the approval of the president. I have had a magnificent relationship with Ramírez, with Helguera, with Tino Luis… The dismissal did not come from a bad relationship, but from a loss of trust.
Was this decision expected?
Not now. I had the feeling that I was risking it in the Real Sociedad B and Cartagena matches. It is possible that, beating Real Sociedad B, Las Palmas is placed in sixth place.
How can it be explained?
I have felt the warmth of many colleagues who have written to me. Technicians who are now training in the Second Division and tell me that Las Palmas is a candidate for promotion. They themselves put us in that group of candidates.
Have you felt the heat of the love for social networks?
I like to write sometimes on social networks, but I’m not one to read the comments. I had Twitter and I closed it. It’s very simple; there is a 1% that is very harmful. I’ve had threats, insults… I don’t need that. But it is true that on the street I have noticed the affection of the people.
How has your relationship with Luis Helguera been?
We have had a very close relationship, because we have had to set up the team in the summer. It has been hard work to rejuvenate the squad, for example.
And with the footballers?
I haven’t had any problems with anyone. With all the footballers I have had a magnificent relationship. There are times when you do see that there is a bad environment or erosion. I haven’t noticed that here.
Did you see yourself qualified to achieve the goal?
Of course. Other years we could not compete with those who were prepared for promotion. This year is the only one that I have seen the squad ready to move up. When I arrived, the objective was that, to do a project. This year it is true that the goal is more ambitious, but the team is three points away from the playoffs. I leave with my head held high.
In that time he has had to live many situations…
We had to reduce the wage bill of an unaffordable squad for the club. Then came the pandemic and the ERTE. We had to raise youth players to compete, but also to sell. The club has made a lot of money from the sales of Pedri and Josep. This year we had to rejuvenate the team.
Which player has impressed you the most this year?
Sergi Cardona will not last long in Las Palmas. He thought we were going to lose him this winter. He is the most salable player on the roster. It is very difficult to find a left-back who can play central. He is young, he has a good header, he goes up the band well, he crosses well and he is physically strong. I see him qualified to play in the First Division. Moleiro has to mature, but he also has a huge future.
What was happening to Las Palmas away from home?
That is not something new. Las Palmas away from home is something that has been happening a lot in recent years. There is no secret. We plan the match in the same way. We are not sending a message that the team is taking a step back or that they are approaching the game differently. It has no logical explanation.
What will Pepe Mel do now?
For now, I’m going with my family to Seville to rest. I’ve been coaching nonstop since 1999. In Spain you cannot sign for another team, so you have to stop for four months. In England the manager of Liverpool, if he is fired, he can sign that same afternoon for United. It is incomprehensible that in Spain it is not possible. I will cheer on UD Las Palmas like any other fan. I have felt a lot of love here and I believe in this squad.