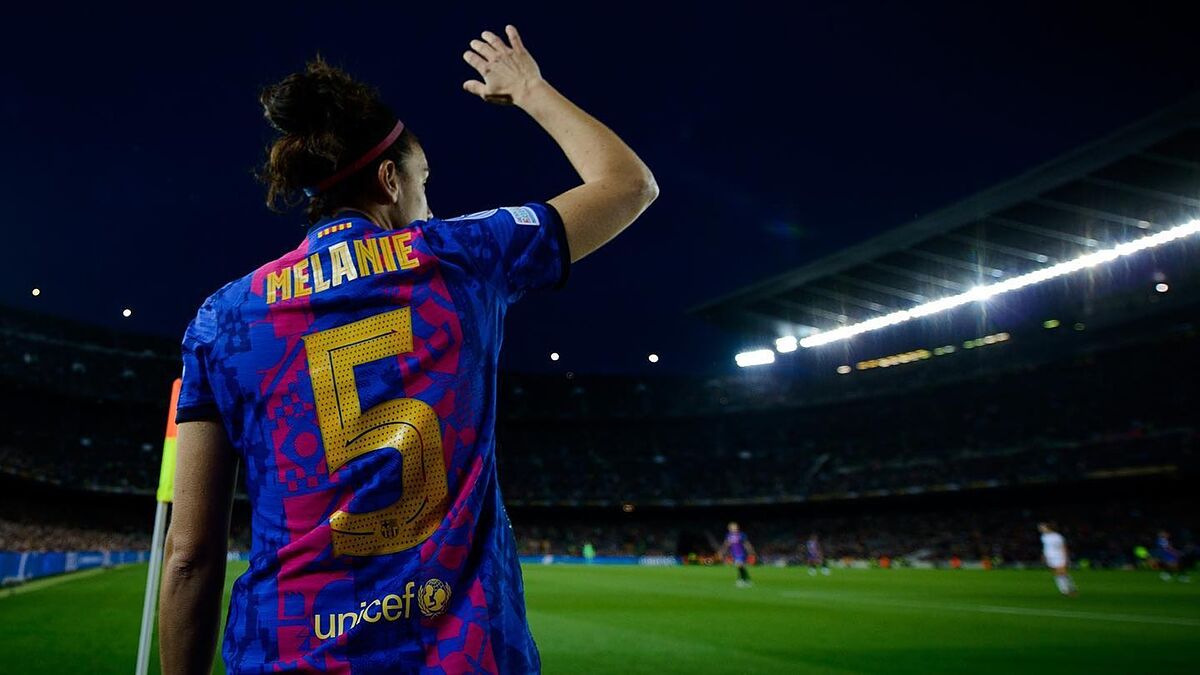 Melanie Serrano announced that she is ending her stage as a footballer at an emotional press conference held at the Ciutat Esportiva Joan Gamper. The 32-year-old Sevillian has played for Dos Hermanas, Blanes and Barcelona where she has spent 18 seasons. “It has been a very difficult decision to make, my history has always been linked to this club and I have had to reflect internally and with my very important family,” she said.

The Barça ‘5’ believes that his stage as a footballer is over, but not his relationship with football and with Barcelona. “When you see that she can no longer contribute what she wants to contribute and does not give the club the necessary level, you have to consider other things and start a new stage,” she said. “The time has come to say goodbye to one stage and open the door to another that excites me, with new challenges and objectives. The club has proposed a new project to me in which they count on me and from the beginning I say out loud that I will leave my soul to do my best. I am a fighter, responsible, committed and faithful to my colors,” she announced.

Before finishing her speech, the Sevillian wanted to thank “To my coaches, colleagues, family members, especially my mother and grandmother for helping me fight to play a sport in which at that time it was not well seen to play because of gender equality. And especially my life partner, Lara, for always being there and giving me the best gift, my two daughters. I would like them to know that their mother fought for equality. This does not end here. Barça is Melanie and Melanie is Barça”

Serrano, whose contract ends on June 30, is the player who has played the most games in the history of Barcelona and the ninth counting her male counterparts. Melanie has managed to lift 17 titles among which stand out one Champions League, seven Leagues, seven Queen’s Cups and two Spanish Super Cupsbeing able to still extend this registry with a Cup and a Champions League more.