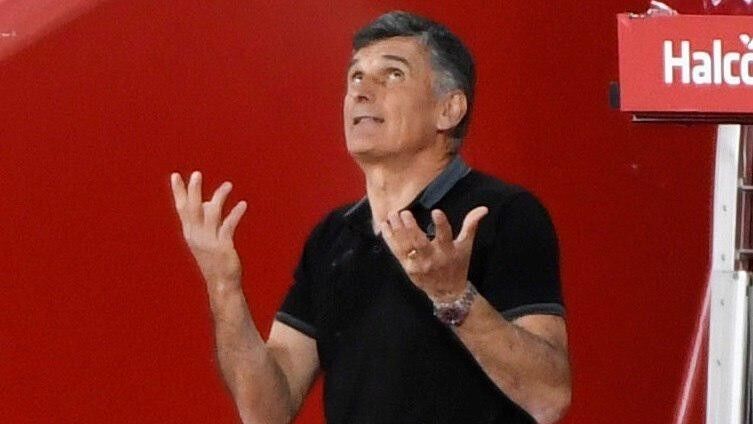 “We will have to exhaust them, but we have to become strong, think about the team and stop making mistakes. We are mothers,” said the Eibar coach

Eibar signed another defeat in Granada which definitely leaves you with minimal options to save yourself. José Luis Mendilibar had no qualms about acknowledging the serious situation of his team and although mathematics still gives him options, he believes it is “very difficult” to maintain the category.

We have to be more competitive, much more bastards on the field of play. We are mothers

Analysis: “In the last three months it’s always the same story. There are times when we compete, but for one thing or another we make mistakes and stop competing. Granada without doing much and taking advantage of what we have given them has been 2- 0 on the scoreboard. We started the second half well with 2-1, we had a good chance to draw and with 15 minutes left the errors have returned. We have given away the corner. These are things that are happening to us often and they are not by chance. ”

Unsustainable situation: “We are six points away and it is not only that. If you see any improvement in the team you can believe, but we continue to make the same mistakes. It is very difficult. We would have to win many games, but mathematically we can. We have to make the jump as We can’t each play our football. We have to play as a team and in many circumstances we don’t. It seems that we play to show off on a personal level. ”

If you see any improvement in the team you can believe, but we keep making the same mistakes. It is very difficult

Options are exhausted: “We have few options to save ourselves, but we will have to exhaust them. The four or five that are ahead of us have more options to fight the category. As long as we don’t get strong, let’s play as a team and stop making mistakes, it’s going to be impossible. We have to be more competitive, much more bastards on the field of play. We are mothers. ”

Sergi Enrich: “He didn’t come by technical decision. I don’t see him well and he stayed at home. Someone else could have stayed as well. You see a bit of training, the way to be in the group and you make decisions. With him we have also lost. The normal thing is to miss someone who is not there when they lose, but I think that is not the case. ”

Players: “I see the players worried and screwed up. We are making quite similar mistakes and we are not competitive at all. You can see it in everything. I can’t hide what I can’t see.”

Diego Martínez: “We are prepared”

New heroes are being sought at Real Sociedad

Pellegrini calls Kike Hermoso in the absence of centrals for Thursday