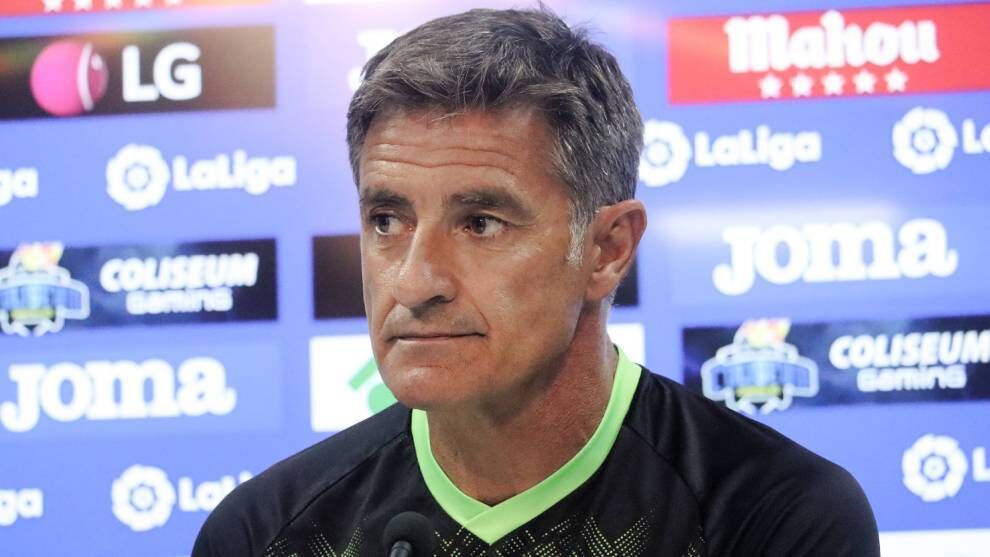 The azulón coach appeared in the press room on the occasion of the duel this coming Monday against Sevilla. A clash in which Timor will recover and will be able to count on Cabaco, who in the end has had the second yellow card he saw at Mestalla removed.

“All the players are available, only Koffi is awaiting evolution. He has trained for the last two days, he is doing quite well and we think he will be able to enter.

“It was good, he had a small annoyance that became a risk after Valencia. We have tried to find solutions in terms of therapy and evolution, not the injury, but a situation that worries us and how we were going to give him a vacation later. from Barcelona and he will not be able to play against Seville and Barça because we preferred that he go on vacation to recover from everything “

“A defeat is always tough after the good feelings of the preseason and the second half. The players are happy and working very well. They are always confident, it is not a cliché, the season is very long, the rivals are strong and you don’t You can make mistakes. We did things we did in preseason. We played at a good level even so the rivals do not give it easy. The boys are encouraged, they are not disappointed and they know that it is the way “:

“Totally, from a team that perhaps last year, to put a but, lacked some conviction to try to aspire to what Atlético de Madrid is, they had an excellent level and are competitive. We are talking about one of the four teams aspiring to anything in Spain and Europe “.

The possibility of Jankto was near and latent. He was a player that I followed in the Euro and Sampdoria. He is a scouting player. As soon as I have had the opportunity and there has been money, it has been possible to hire. He is going to help us, he has a good physique, he has a good tactical education, playing in different systems “

“Due to the circumstances, with the issue of Cucurella and Koffi’s injury we had to vary, we played with three centrals and we put Djené as a right central defender. It was a specific situation”

First game and the good feelings

“Without a doubt, we have been in preseason and we have gone there. Even before Cabaco was sent off, the team came with intensity and danger from the moment they entered the second half. We gave the feeling of drawing. If it wasn’t because of Mamardasvili or fail the final auction. “

I have the intuition that some midfielder may arrive

“It is a great joy to go to any field and see that people have returned, that atmosphere, those sold-out tickets. Beyond the televisions, which help us, we play for the public, it is a dedication, it is a hobby. Sean is our audience. I am seeing people in the public and they are loving with positive energy and the applause is easy to start. Hopefully we can start them with joy. “

“I think Juan is a very stable kid to begin with, something difficult to find with the youth he has. A magnificent culture and education. He can play as a winger, center-back and inside. The fact that the club has renewed him is a present option, not For the future. When you asked me how I had noticed the change in Getafe since I left and that this type of renovation could not be undertaken before. “

Departure from Arambarri and Cucurella

“I can no longer cross my fingers, let them take away the ‘bailao’. We are a team to be able to enter the market but there is the clause. That is the job of the president, he has become strong, he does not need to sell. He is convinced of that we are going to have a good year. We are not so concerned about that, nor about money, we have no need to sell. If something like that happens, the club moves and is moving. “

“I have the intuition that a midfielder may arrive. From the first approach, since the three of us got together, we talked about going and looking for solutions. Not always one can handle the market until the 31st. Tuesday or Wednesday, or Thursday, if there is no departure and there is no arrival we will be with the almost final squad “

Champions farewell in Lezama: 2,000 fans cheer on Athletic on their way to the airport

Embarba apologizes: “I was wrong with the reaction after the change”

The final of the Queen’s Cup … without Rubiales, Laporta and Letizia