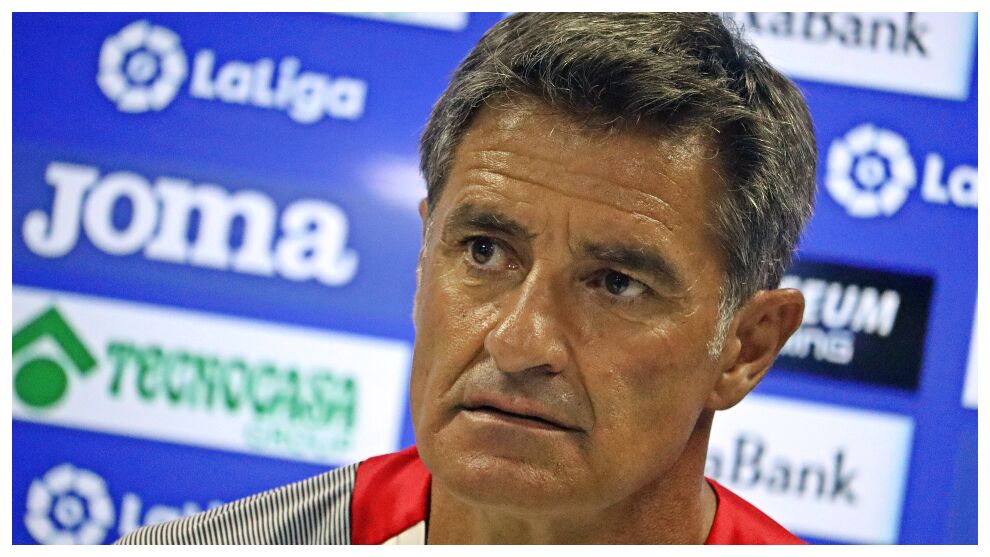 The Madrid coach appeared in the press room analyzing the clash against Rayo Vallecano. Michel warns that the team continues with the idea of ​​work intact and with the full confidence of being able to get something positive from a very complicated field such as Vallecas.

“We are very disappointed with the result and with our match. We needed another type of match and we have lost in matches that we played well and in this one we found ourselves losing. first day”.

“The medical issue, being an injury with what Mauro has had, is around 2-3 weeks but not all injuries evolve the same, it is a sensitive loss, we all know what type of player he is and how important he is. That is why we wanted a broad staff “

What details to work

“Every week we try to shore up things that we want to improve and we see the team we play against and their strengths. What we really failed to do the other day and what was very notable is that after receiving the goal we did not react. Despite the circumstances This team has always been brave but hey, the other day maybe nothing was happening and it is clear that in this beginning of the League any adverse circumstance is our turn. We look for solutions in all positions. “

“In the short story as a soccer fan (speaking to the journalist) you will have seen some of these, it is normal for people to be disappointed. People who are in soccer know that it is like that. What we cannot do is stop neither by whistles nor applause. Two hours before that game people chanted my name. You have to assume it, it is my responsibility, my players, even in the error, received applause, it is what we want. The people of Getafe do not want their coach to make a mistake. It is good that the public manifests, since last year they could not do it “

Statistics in these four days

“This week I have gone out there with my players. I have obtained surprising statistics, we are the team that plays the most in the opposite field, that shoots the most and has the lowest goal average, the ball does not obey us in front of goal. We are clear that there is things that are not obeying. At the time I said that we were going to take advantage of things from last year and we are working on it. The opponent does not arrive as much and hits much more. When we lost and people told us that the team played well I did not like it, no I know how to live with defeat. “

“Before Falcao they were already spurred on. It is a team that brings a structure that plays very well. The key is going to be where we allow them to play. They have their specialty, we try to take the game to our channel. He has been playing the same because his coach has managed to a very good structure.

Party in the bands

“That’s what we try. Even if you try to convert those virtues, you have to work very well. One of the keys to promotion was that. They have not changed anything. When a team maintains the idea of ​​keeping the coach after promotion, they can have it in First. They have a lot of things. We have a habit of cataloging the team by name and that’s not always the case. “

“It’s something that worries us, the team scored 28 goals last year. We signed Sandro and Macías. I think that both Enes and Mata are going to give us, for sure, they will exceed that figure of five goals per player, if we weren’t in problems. We want our midfielders to also arrive and get it right “

“We had the information that if we waited for him he would come and we decided to wait because he has a lot of future and present. We are talking about Jorge, who is a player, for me, who is going to have a very high projection in Spanish football. He has quality. , size and agility. It will improve over time. “

Bad streak in its first stage

“Nine without winning? I think there were eleven. That happened to us in the middle of the season and now at the beginning. If they told me that we were going to be like this, I would not have wanted it, we have not done merits to detract so much. Those streaks passed. My first full season we were in an identical situation, we went to Seville and won 1-3. What I don’t notice is the players’ mistrust of me. The bad thing is getting to places where the players are strange and they don’t like it. I’m convinced that sooner or later that will change. “

“Is the Rayo coach listening? The alternatives are Timor, Florentino, one more possibility in midfield.”

Torreira, until the end