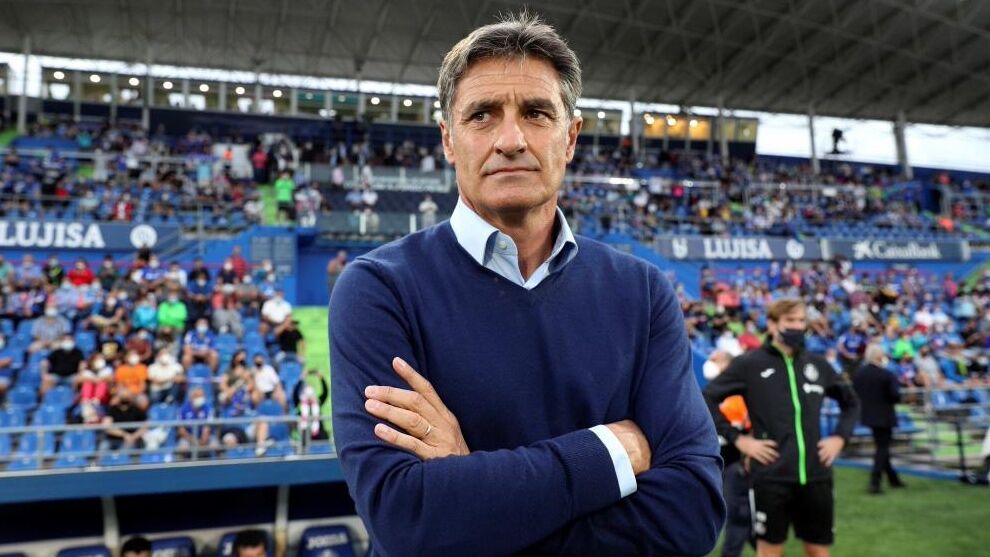 ANDThe Madrid coach appeared in press room after the defeat against Elchand. Head down but with the idea of ​​reversing the situation, Míchel analyzed the whole situation that the team is experiencing with four consecutive defeats.

Assessment: “The assessment of a defeat when it is the fourth in a row cannot be positive. I don’t usually get discouraged and I am very sorry for this defeat because of all the expectations we had and now it makes us think that we have to row a lot. The game today has been unsafe, with little arrival … it has been the worst game of all. You don’t have to make excuses, you have to think that we haven’t been well. “

First part with control: “I have an analysis, which I do not know if it will be accurate. Until Arambarri’s injury the team has been pretty good, we have had more depth. The injury has thrown us out of position. In the second part we have varied the system, I think that Vitolo and Sandro’s entrance had revitalized us. When it seemed that the game was to be in danger... we have conceded a goal. We have been unstable, nervous and it is normal after four defeats. “

The entrance of Vitolo and Sandro has revitalized us

Whistles: “They haven’t whistled the team. Not the players. People see the delivery It is normal that when four games are lost in a row, responsibility is sought on the benches and I do not turn away from it. TO Jankto he has been applauded. when the results are bad, you know where to look “.

Jeopardize your position: “That is a question for the president. I am not dedicated to understanding that, I am dedicated to training. “

Negative dynamics: “That doesn’t worry me, I’m worried about preparing the team for the game against Rayo. When he said that the team played well, he said that this is not a game, it is a competition. We have lost playing well, if you play badly it is normal to lose. It is a very bad streak and while we can we will reverse it. “

That’s a question for the president

Míchel, on whether he sees his position in jeopardy

Blocking: “What the coach can do is make a statement. I think the initial was not bad and we tried to change it at half-time. Despite dominating, nothing was happening, but the feeling was that it could be in our favor. Young boys see that there may be nerves but they are not responsible. I can not go out to finish, I would do worse than them. I try to do the same thing that I have done in the three games but today we were wrong. “

Team spirit: “What goes through the minds of the players is complicated. The boys make a lot of effort and have not had a prize. The boys have not lowered their arms but one gets demoralized when the situation is against and precisely today. You have to look for a good result that gives you encouragement. “

Raze yourself: “I don’t know what people thought, but we have shown what we are”

Pellegrini: “We did not have the precise success and we have paid for that”