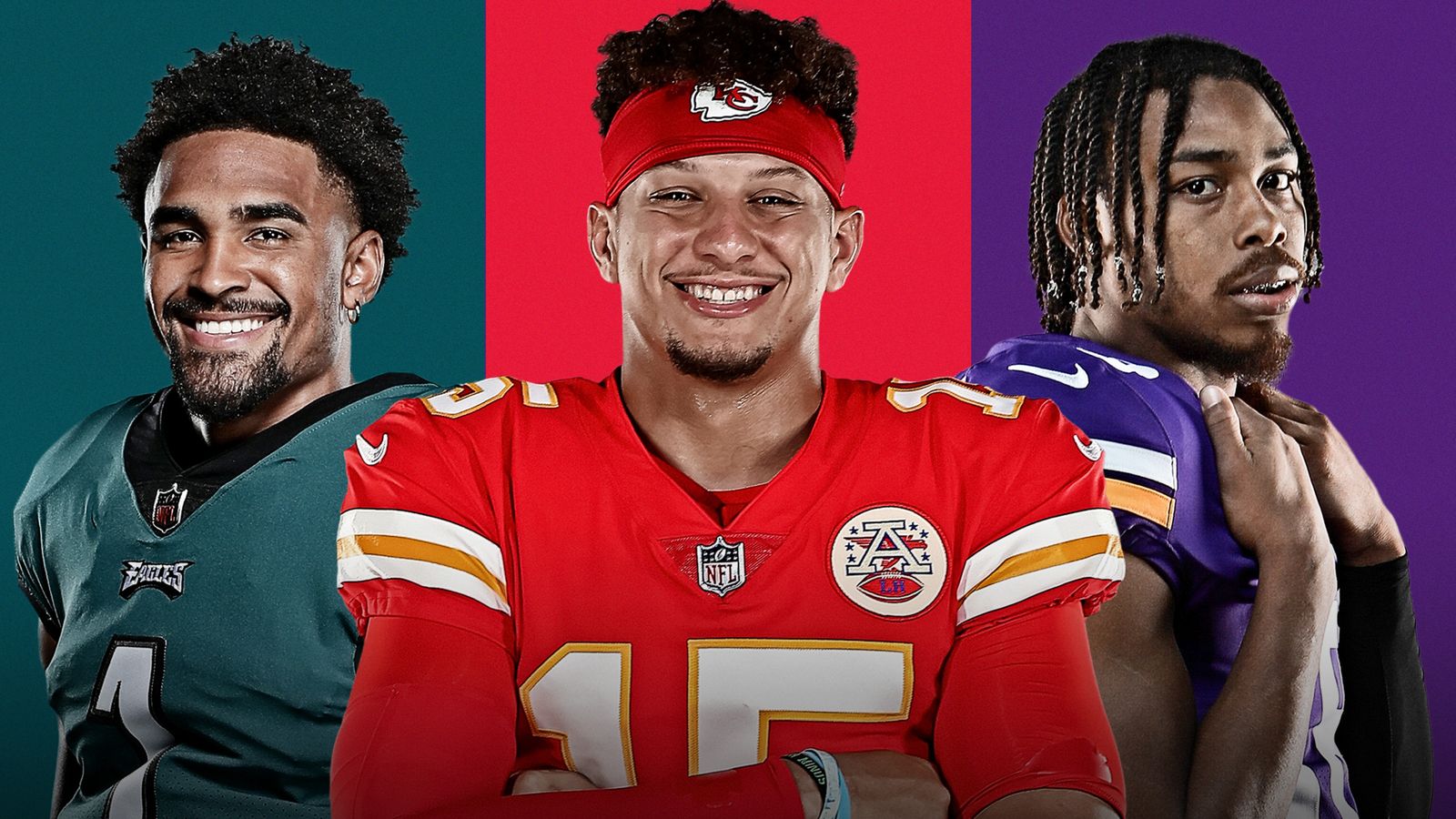 Patrick Mahomes, Jalen Hurts and Justin Jefferson were among the finalists for the Associated Press Most Valuable Player and Offensive Player of the Year awards.

A nationwide group of 50 media members who regularly cover the league completed voting ahead of the start of the playoffs in January.

The Philadelphia Eagles QB Hurts gained 3,701 passing yards, 760 rushing yards, and 35 touchdowns in total to lead the Eagles to a 14-3 regular season record and the No. 1 seed in the NFC. On Sunday, the Eagles host the San Francisco 49ers in the NFC Championship Game. live on Sky Sports NFL from 8 pm.

Minnesota Vikings star Jefferson is the only wide receiver named among MVP finalists to lead the NFL with 128 receptions and 1,809 yards in his third season in the league. Jefferson was one of two unanimous selections to the AP All-Pro along with Chiefs tight end Travis Kelsey.

Brian Daboll, Sean McDermott, Doug Pederson, Kyle Shanahan and Nick Sirianni were among the top five finalists for the AP Coach of the Year award.