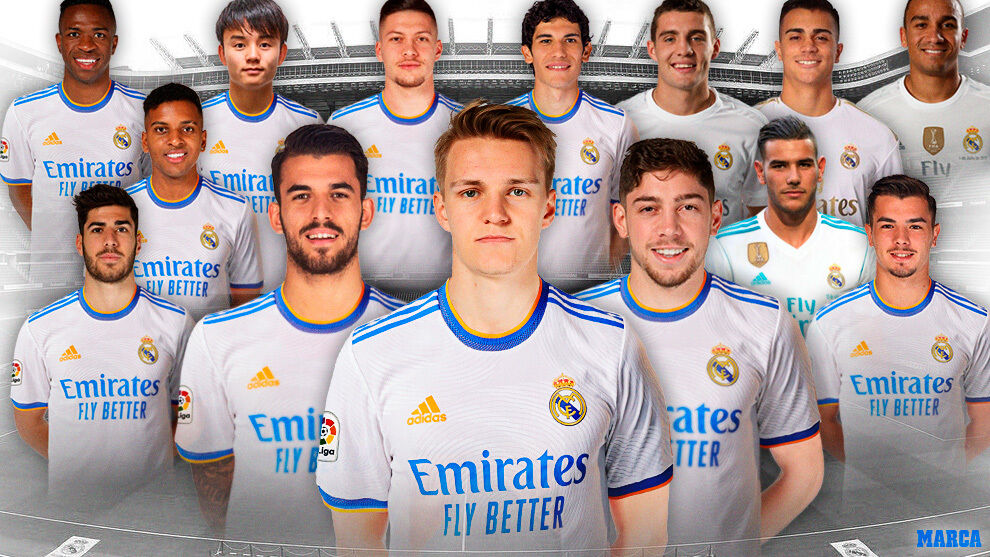 Lto march of Martin Odegaard Real Madrid is a reality that only lacks the final seal. On an economic level there is no doubt about the profitability of the Norwegian. He arrived for four million and is going for about 40. But that was not the goal of Madrid when in January 2015 they removed from Stromsgodse a player that all of Europe wanted.

Odegaard (16 years old when he arrived in Madrid) was the continuation of a policy that has in Varane its best exponent: that of looking for talent all over the world and that it explodes in Madrid. Casemiro it also falls under that radar. With the French and the Brazilian it was perfect; with the Norwegian it has been a disaster. Before the Nordic, Madrid bet on Isco or Illarramendi, heads and tails in that way of facing the market in the long term.

That line of signings has been the one marked for a long time in the Bernabéu and Valdebebas. Many young people have arrived and what is clear is that settling in Madrid’s first team is for the chosen ones. Odegaard He has barely entered the fight to be important in Madrid; others are still in it and there are those who left, some to return and others not.

After signing Odegaard In January, in the summer of 2015, Real Madrid set its eyes on the Spanish under-19 European champion team. Before starting the European Championship in Greece, he had already signed Marco Asensio (19), for less than four million. It was a cannon, a great star project that in the first season was loaned to Espanyol and broke it to the point of remaining at the gates of the Euro. It’s been six years and Asensio is at a strange point. He is no longer asked to be a big star, but he is asked to approach the dazzling player of 2016 and 2017. Like Odegaard, on a monetary level he is a super investment, but Madrid want and need more of him.

Vallejo (18) It cost more than Asensio, five million, and is one of the examples that Madrid is a giant of maximum demand. The Aragonese, back this season after the departures of Ramos and Varane, has only added 19 white matches since his signing. He will live in the shadow of Nacho, Alaba and Militao.

That summer another center-back arrived: the Austrian Philipp Lienhart (19). After a couple of assignments from Rapid Vienna, Madrid bought him for just under one million euros. Today he is in Freiburg and with Madrid he only appeared on the ill-fated night of Cádiz, that of the Cheryshev case.

These were a bet that mixed youth (21 years of Croatian and 23 of Portuguese) with strong investments (38 and 31.5 million, respectively). They earned a lot and left important income (45 and 30), but at the sporting level, especially in the case of the Portuguese, it was much less than expected. Kovacic did perform well, although he got fed up with not being indisputable and forced himself to go to Chelsea.

In 2107 Madrid returned to the charge with their idea of ​​signing young people who made it clear that the word promise fell short of them. Halfway through the season he went for Theo Hernández (19), who broke it at Alavés, where he was on loan from Atlético de Madrid. With the clause ahead, he changed neighborhood in the capital.

Afterwards, the objective was Dani Ceballos (20), teammate of Asensio and Vallejo and whom he already tested in 2015. 16.5 million euros came to Betis’ coffers,

In both cases the sports bet went wrong. Theo now shines in Milan after just adding in Madrid in the field, although in the accounts he left more than 20 million. While, Ceballos, denied by Zidane, tries to show without the French that he has wood for Madrid. Without Odegaard he gains place, although his injury in the Games leaves him at a disadvantage. Two transfers at Arsenal have not translated into a decisive leap.

The heart that Odegaard has not had to fight in Madrid, he has left over Fede Valverde. He arrived from Peñarol at the age of 18 after enduring in his country until he was of legal age. He was loaned to Deportivo to prove his worth. Lopetegui decided that he would stay in Madrid in the summer of 2018, although then it did not give him much flight. With Solari it was unleashed and today it is the present and future heritage of the White House.

Vinicus (16 when the transfer was announced) and Rodrygo (18) are two big money investments. A lot: close to 100 million between the two. They are quantities that place them in another dimension in that equation with which Madrid looks for rising stars. Hand in hand with these prices goes the demand to which both are subjected. Cariocoa and São Paulo have felt a responsibility that goes far beyond what is normal for their age, their growth and a change of Continent. And it will not go unless they show that they can with it until they eliminate it based on play … and goals.

Lunin, in the shade

In the summer of 2018, in addition to Vinicius, two players with a young profile arrived at Madrid. For one of them, Odriozola (22), Madrid paid Real 30 million euros more variable. The other was Lunin (19 and 8.5 million). Little or nothing has been known about the two in the White House. The goal adds 120 official minutes and the role of the Basque was hardly relevant in the final stretch of the last league.

In the winter of 2019, Madrid faced two young operations. One of immediate effect: the 17 million euros per Brahim (19) to Manchester City; another for the summer, the 50 for Militao (21) to Porto. The man from Malaga never found his place in Madrid and now he enjoys football at Milan. The Brazilian was going for a calamitous signing, but he has risen and has been able to move away from the abyss that threatened to swallow him up.

The return of Zidane brought the signing of a 9 to help Benzema. It wasn’t cheap: 50 million to Eintracht for Jovic (twenty-one). The Serbian has not contributed anything to Madrid. Until today, the investment is ruinous: two goals in 33 games.

Free came Takefusa kubo (18). To what it costs to enter the Madrid wheel, let alone settle, it is added that he will only have a place in the squad as an extra-community. He has been on loan to Mallorca, Villarrea, Getafe and now, again, in the Balearic Islands. It has a lot of market.

Two different cases. The Brazilian arrived as a star of the quarry of his country and a price of that caliber: 30 million received the Flamendo for Reinier (18). It was loaned to Borussia Dortmund and their role has been minimal. By Alberto Soro 2.5 million entered Zaragoza. From the beginning it was sensed that it was not a signing for Madrid but rather an operation to lend a hand to a friendly club. The Ejea de los Caballeros forward was sold to Granada for the same amount for which he arrived in a Madrid whose shirt he never wore.