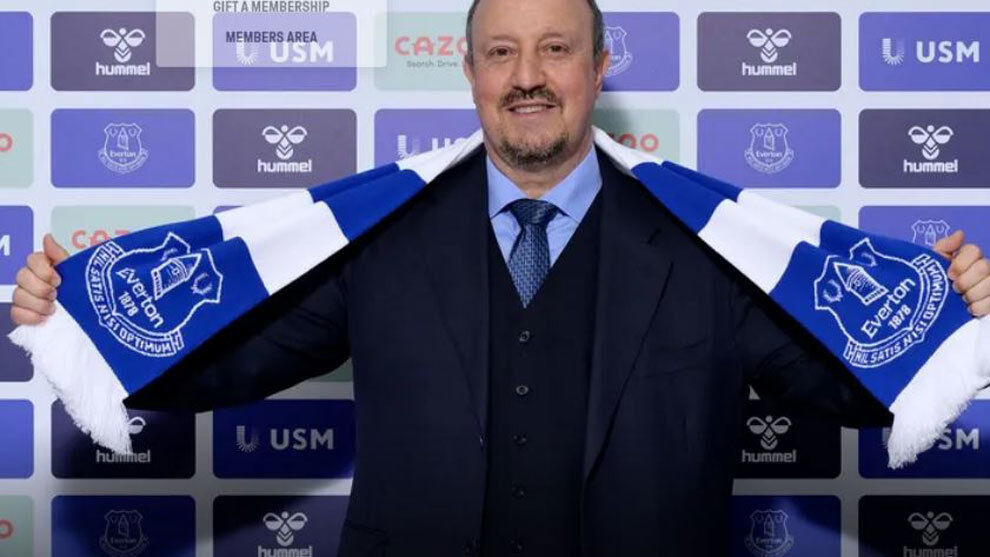 Ya is official. Rafael Benítez is Everton’s new coach. The Spanish coach arrives to fill the position vacated by Carlo Ancelotti after resigning from his position to go to Real Madrid. Rafael Benitez. Has committed for three seasons with the Toffee.

“I am delighted to join Everton. Throughout this process, I have been very impressed by the ambition shown by the senior representatives of the Club and their desire to bring success to this historic Club. I think this is a Club that is going places. I am determined to play an important role in helping this great Club achieve its ambitions, “said Benítez.

The arrival of Benítez is not without controversy among a sector of the fans for the past of the coach at Liverpool. Benítez led Everton’s eternal rival 11 years ago, completing six seasons in which he achieved achievements such as the Champions League or the FA Cup. He led the ‘Reds’ a total of 350 games. He will be the first coach in history to coach Liverpool and Everton.

Before the departure of Ancelotti, the owner of the club Farhad Moshiri considered a long list of candidates until finally deciding on Rafa Benítez. Nuno Espirito Santo or David Moyes were some of the technicians with whom Everton negotiated. Also on the list were Roberto Martínez, Duncan Ferguson, Christophe Galtier and Eddie Howe.

Rafa Benítez has a great resume as a coach. In Spain he has directed Valladolid, Osasuna, Extremadura, Tenerife, Valencia and Real Madrid. Outside our borders he took charge of Liverpool, Inter Milan, Chelsea, Naples, Newcastle and Dalian. In total, more than 1,000 games sitting on the benches.

This is how Barcelona saved their accounts: 50% of Piqué, five operations … and they have left over!