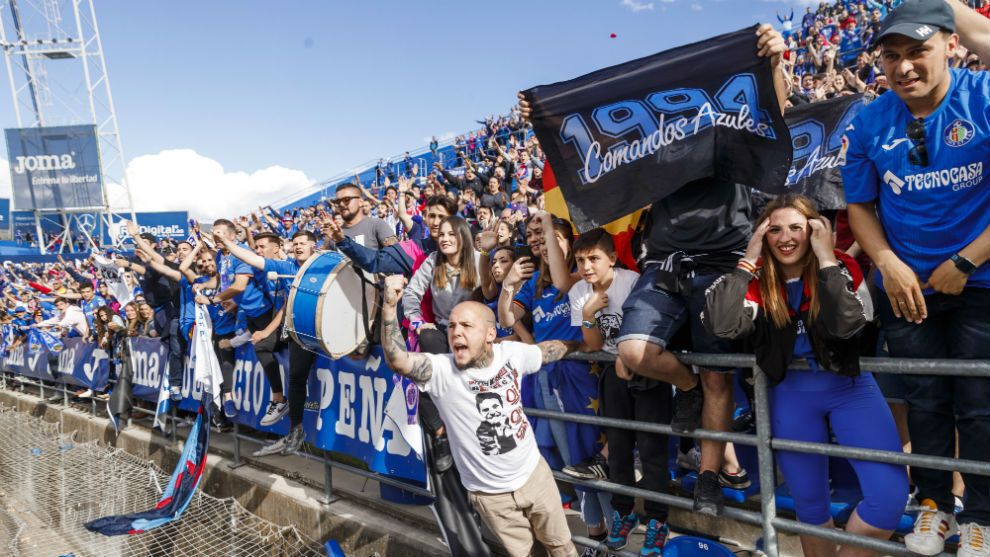 ANDl Getafe He has already communicated to his fans how the expected return to the Coliseum. After more than a year and a half away from the stands, the Azulona fans already know how the entrance will be for the duel against the Seville, which will be held on Monday, August 23 at 9:00 p.m.

The seniority of the members will mark the order of preference for the approximately 6,500 spectators who will be able to attend the field of play, taking out their corresponding location. In the duel in front of Elche of the fourth day it will be the turn of the following subscribers who have not been able to get their ticket for the game against those of Nervión.

“Looking ahead to the league debut in the Coliseum in front of Sevilla FC, corresponding to the second day, and in relation to the set of mandatory measures in accordance with the agreement reached in the Interterritorial Health Council by the Ministry of Health and the Autonomous Communities, the Getafe CF may count up to a maximum of 40% of the capacity of the enclosure in compliance with said governmental measures adopted to the current sanitary situation.

Said maximum percentage may be reached and is subject to the compliance with social distance required among attendees (1.5 m).

In order to access the venue from the entity, it has been decided for this first meeting:

1.) Give priority to access the oldest subscribers to be counted from the 1st until the tickets are exhausted or capacity allowed. For future meetings the following subscribers will be able to access, respecting the order of seniority, depending on the number of attendees allowed. *

2.) Tickets destined for Club commitments (media, League, sponsors …) are excluded from this figure.

3.) The ticket can be purchased by the Club’s website While stocks last, according to the attached indications.

4.) All entries will be nominative and non-transferable.

5.) It will be necessary to go to the stadium with the ticket, season ticket and ID or identification document.

6.) The temperature of the attendees will be taken and if it reaches 37.5º, it will not be possible to access the interior. the assistants They may not eat or drink, except water, or smoke tobacco or derivatives; They should enter staggered and always wear the mask.

7.) The stands must comply with security measures required and social distancing and internal movements will be limited. The use of the bathrooms must be done in an orderly and responsible manner.

8.) Subscribers may be relocated with respect to their usual or assigned seat, due to the health situation.

The Club appreciates the understanding and collaboration of all subscribers in the return of the public to the Coliseum. If measures that limit and restrict access to the Stadium persist over time during this season, the Club at the time, undertakes to study formulas aimed at compensating subscribers for the damages that may derive from it.

* The information on the procedure for acquiring localities will be expanded in the coming days.

Ribó tightens Valencia with the new Mestalla and the 120 million from LaLiga: “Now that he has resources, there is no excuse”

Luis de la Fuente: “Young people do not fail when they are trusted”