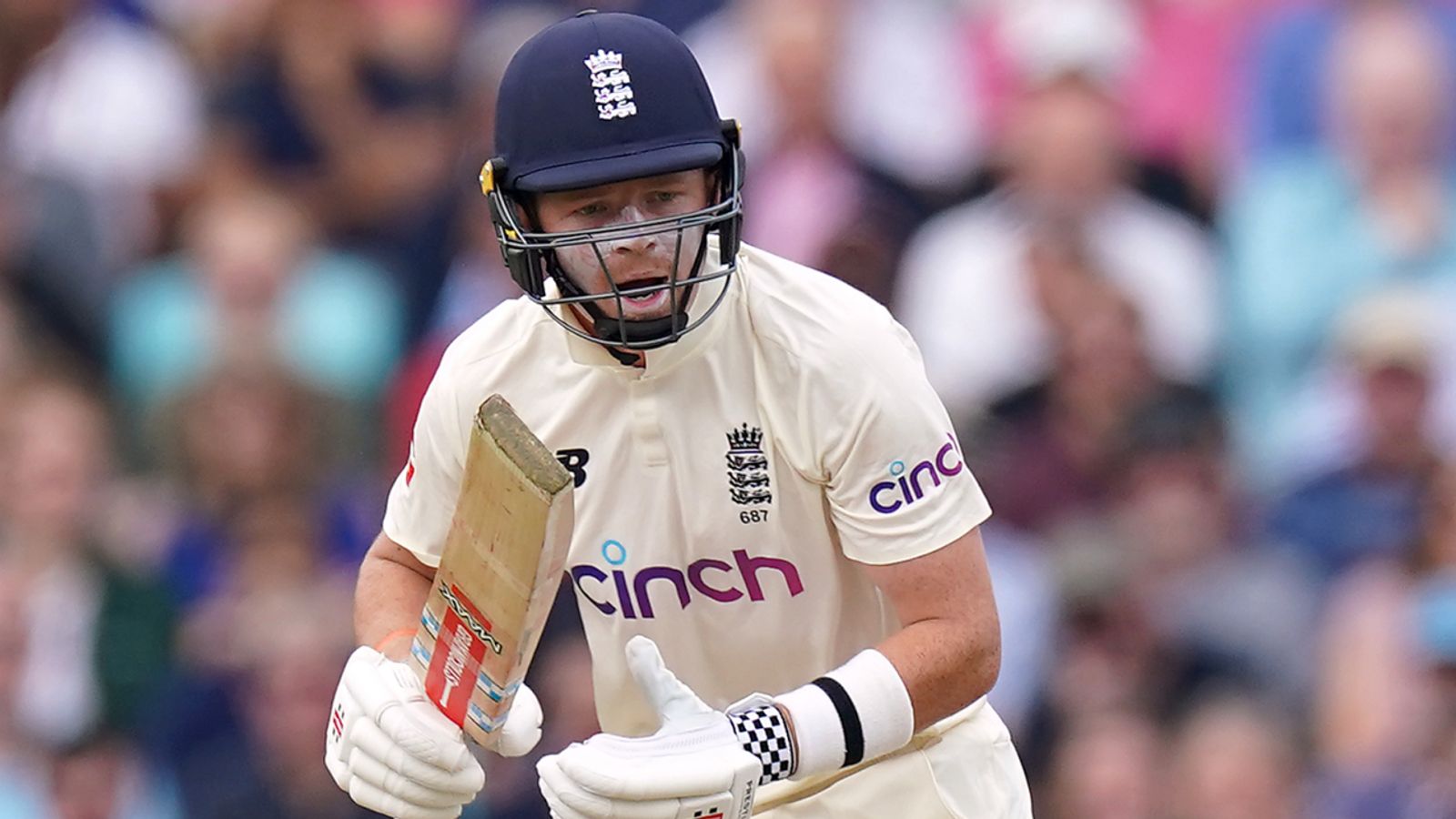 Ollie Pope and Chris Woakes scored half a century when England took a 99-run first-inning lead over India on the second day of Test 4 in the Kia Oval before tourists cut it to 56 for stumps.

England did not pick up any ground in the hour before the stumps, with Rory Burns unable to dodge a big opportunity to slip when Rohit Sharma, with six at the time, edged out James Anderson.

India closed 43-0 from 16 overs in a finely balanced Test, with Rohit undefeated with 20 and teammate KL Rahul 22 without losing.

Pope was 19 runs under eight hundred in 19 first-class innings at The Oval, a field where he is averaging 99.40, but his hit supported England’s total as he had fluid stands of 89 and 71 with Jonny Bairstow. (37) and Moeen Ali (35) respectively.

England was 255-9 once Pope and then Ollie Robinson (6) were knocked out, but Woakes, in his first test in over a year, then fired a burst of four as he scored 33 of 35 runs in last position with Anderson. (1st).

India had taken three wickets from England at the end of day one, including Root, pitched by Umesh Yadav for 21, and continued his return early on day two, with Umesh having night watchman Craig Overton (1) and Dawid Malan (31). caught in a slip, Overton to the tenth ball in the morning.

At the time of Malan’s ejection, which was courtesy of an excellent dive from Rohit Sharma, England were five down and trailing 129.

However, Pope, who was severely tested by Jasprit Bumrah early on, and Bairstow, who survived an lbw review of Umesh with nothing, fought back, including the seven-limit hit in two overs, thrown by Shardul Thakur and Mohammed Siraj. respectively.

Surrey hitter Pope, called up for this test in the absence of Jos Buttler, hit four in a row off Thakur, though one fell goodbye, while Bairstow trotted three off Siraj.

The dais broke 20 minutes after lunch when Bairstow fell on his face to a Siraj supporter, an irate Bairstow suggesting he had been distracted by something behind the bowler’s arm, but Pope kept going, throwing a Siraj ball to the side. leg four to four. seal a 91 ball, sixth test fifty.

Pope had started his testing career with more than six scores on 17 strokes, including 135 against South Africa at Port Elizabeth in January 2020, which remains his only test.

He followed a fairly sterile run, but returned to his best in his homeland on Friday after having made an adjustment to his settings in the crease, which saw him move through his stumps after previously covering the stump.

Moeen looked fluid too, but then left when he was well established, as a lanky sweep saw Ravindra Jadeja spin the globe to cover: India removing a hitter who would have fired lbw by 14 had they opted for the overhaul when Bumrah’s yorker crushed it. Toe.

Pope appeared to be poised for a century against an increasingly uneven attack from India, only to later drag the expensive Thakur back to his stumps when his first-class average at The Oval fell below 100.

England’s lead in the first inning ended just under 100, too, with Woakes running to 58 balls, Test 50 sixth when he found the fence in front of Thakur, Bumrah and Umesh.

England will have to hit last on this surface but, as has been well documented, they will not have to deal with Ravichandran Ashwin, with the spinner left out by India for the fourth test in a row.

Watch the third day of the fourth test between England and India, from the Kia Oval, live on Sky Sports Cricket and Sky Sports Main Event from 10.15am on Saturday.