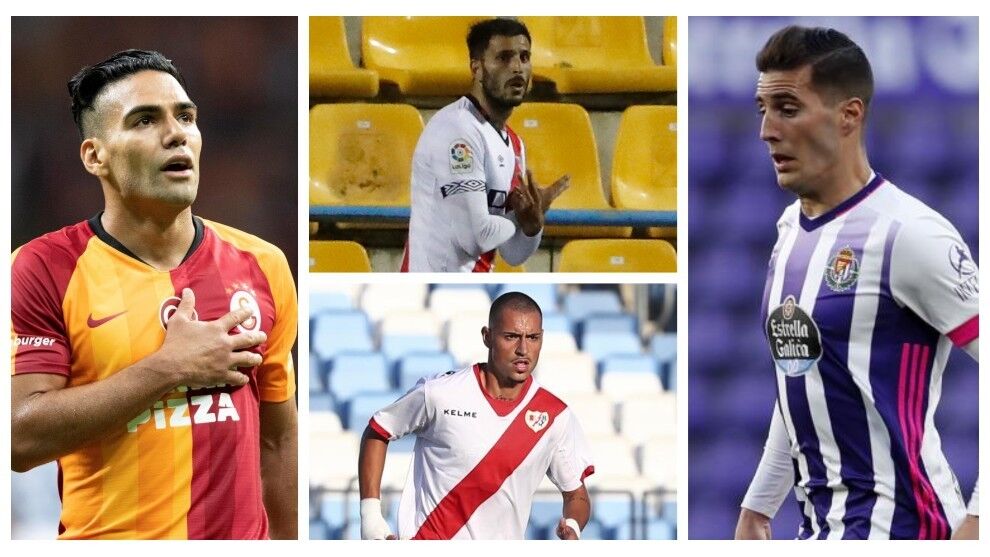 ANDhe Rayo Vallecano started the transfer market looking for the goal he was missing … and now he has four forwards for a single position. Andoni Iraola plays with a single striker and a second attacker from behind as a second striker or hook, so there are four men who will have to fight for that place.

Radamel Falcao, as long as injuries respect him, starts as a clear starter. The Colombian star has blown up the market even before it becomes official and Rayo fans only think of the passes that Óscar Trejo and company will filter to the tiger. In addition, Sergi Guardiola, also a newcomer, starts as the second in the rotation.

The problem has been in the departures chapter. Yacine Qasmi and Sergio Moreno were two of the names that They had to abandon the franjirroja discipline in search of the minutes that they will hardly have in Vallecas, but now they will have to fight to gain some prominence.

Qasmi had important offers from Greece and LaLiga SmartBank, but neither seduced the French-Moroccan. Sergio Moreno, for his part, had everything closed with Real Madrid Castilla, but he fell on the last day. Finally the two have had to stay at Rayo Vallecano and the normal thing is that they have very few minutes. Especially worrying is the case of the youth squad, you need to step on the green so as not to cut your progression.

A central can still arrive

Counting the signings of Arboleda and Falcao, which have not yet been made official, there is one free card. Rayo continues to consider whether to incorporate a center-back among the free agents and, although it is not considered essential, the arrival of a defender like Siovas or Sidnei is still possible.

As for the numbers of the newcomers, Unai López will wear the 12, Maras the 3 and Guardiola the 16. They are free on the 3, 15 and 25. Logic says that the 25th will be for the goalkeeper Arboleda, the 3rd for the possible center-back who arrives in case of doing so and the 15th for Radamel Falcao, but until it is announced there will be no official confirmation.