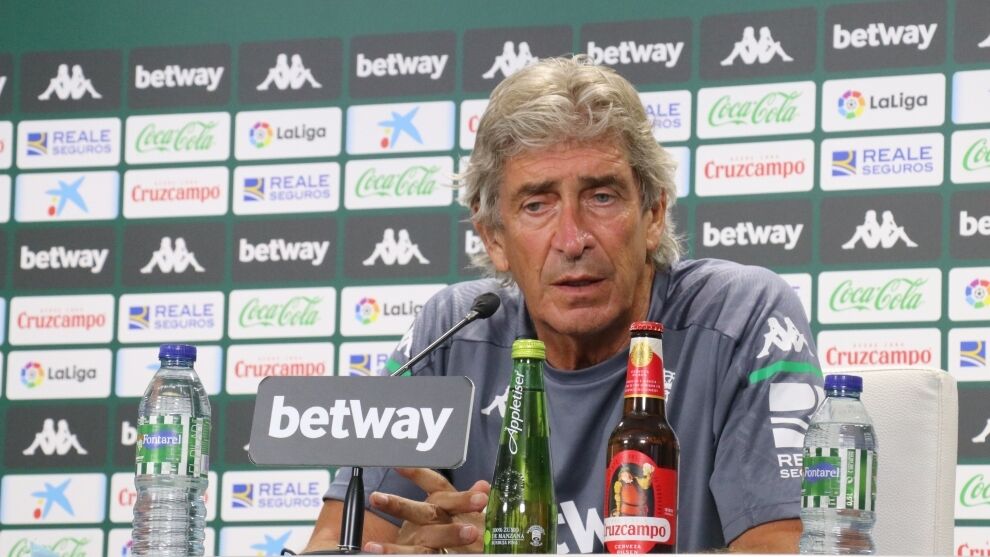 Manuel Pellegrini has appeared this noon to assess the next day of League. In the case of Betis will receive next Sunday at Valencia in the Benito Villamarin. “Valencia will always be a difficult opponent. Maybe he is not doing the season that many expected but he has a good squad and is used to fighting at the top of the table “, commented the coach.” It is a club of big team mentality, he reduced his roster because he sold some players but had invested a lot of money. Know to Javi grace and they have played very good games like against him Madrid and the Barcelona. It has cost to maintain regularity“he added.

“I see it physically very well. In all the games we had the initiative until the end, we did not take refuge in the scoreboard and that is also based on good physical appearance. We now have three games in six days and we have to dose that physical effort without neglect the technical part “

“It is a very important week. There is the possibility, depending on what happens in the Cup final, that there will be one more club for UEFA. We have three games in a week of which there are two at home and with Real Madrid away. Then there will still be 15 points to be played. It is not a decisive week but it is an important one “

“There are different alternatives according to some results that do not depend on us. We have to get more points than our rivals. The fifth goes to UEFA so we will try to add as much as possible. Let’s see what happens with the Cup and with Villarreal in Europe , but we are not worried about that “

“It is a game that affects what we do. It does not depend on us and what we want does not matter much. What I want is to beat Valencia”

Compliments of Cordón to his staff

“I have known him for many years, we have worked for several years together at Villarreal, he knows a lot about his trade. The illusion is generated by sports performance, there are eight finals left and I hope we can be at the level we have previously had to give joy to Betis fans “

Villarreal-Arsenal in the semifinals of the Europa League

“It brings back memories because I had the chance to play in the Champions League against Arsenal with Villarreal. I hope Villarreal has a very good performance, I have a lot of affection for their owners for the five years I spent there. They are also immersed in the League. in the European fight and has a team to not rule out either of the two tournaments “

Against Atlético, without a center forward

“We believe that it was good to look for players who arrived more from the second line, with creation and technical capacity and we created quite a lot of problems for them in defense. All the games are different and to see what we consider to be more convenient. player status “

A place whose name I do want to remember: Amorebieta