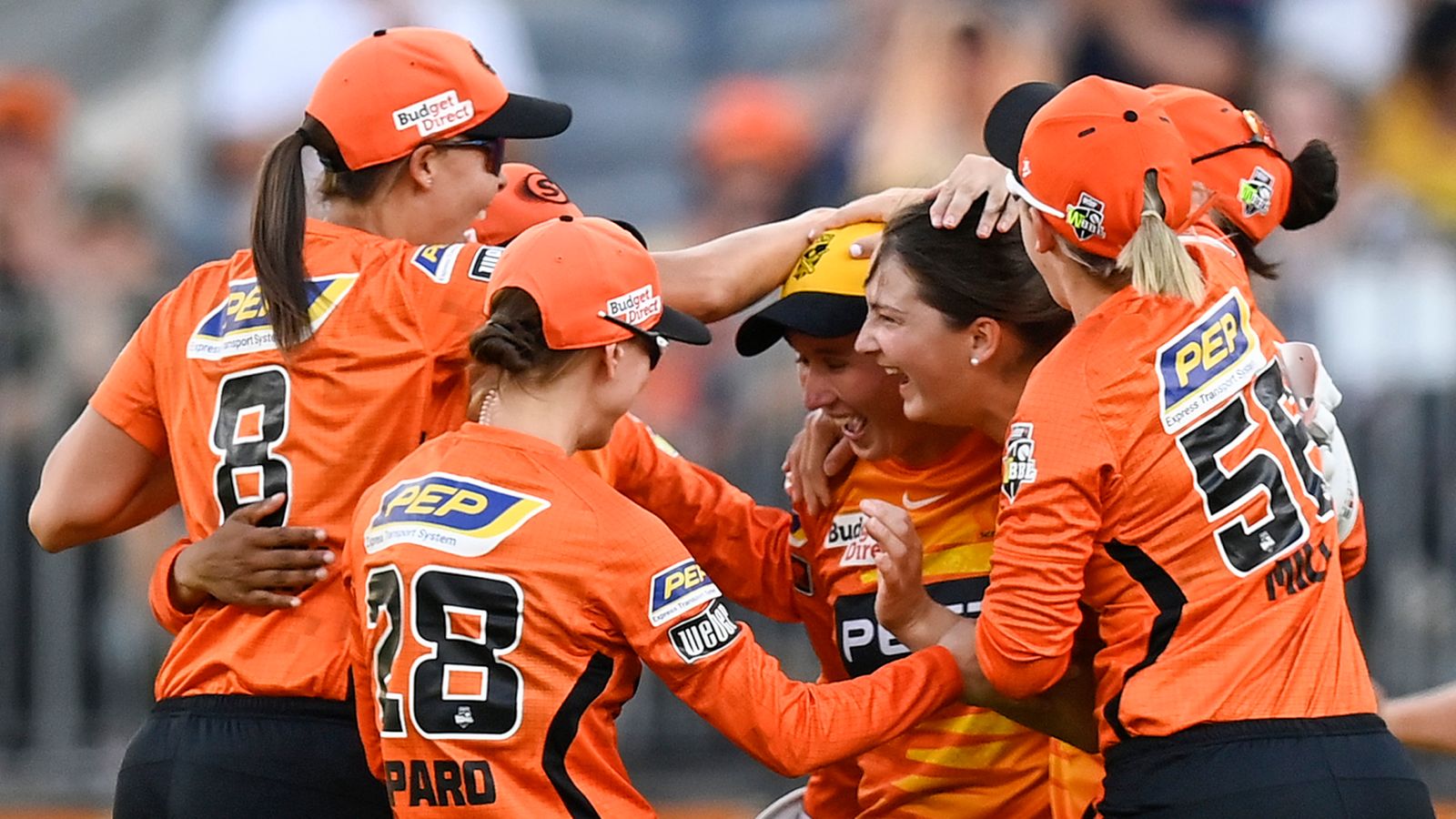 Perth Scorchers defeated Adelaide Strikers by 12 runs to claim their first Women’s Big Bash League title; Marizanne Kapp was named player of the game after scoring 31st when the Scorchers scored 146-5 and then took 1-25 to help restrict the Strikers to 134-6 in response at Optus Stadium.

Perth Scorchers claimed her first Big Bash League women’s title with a 12-run victory over Adelaide Strikers in the final at Optus Stadium.

Marizanne Kapp was the star for the Scorchers, as a strong bat finish and an impressive ball start led them to victory in front of a crowd of 15,511 in Western Australia.

Captain Sophie Devine (35 of 33 balls) scored the leading scorer for the Scorchers, but it was Kapp’s 31 unbeaten 23-ball at the end that led Perth to a 146-5 that ultimately won the game, with Alana King adding a valuable 14 no of five balls.

The Strikers found themselves 12-2 at the start of the sixth and despite Tahlia McGrath (36 of 29) and Laura Wolvaardt (25 of 28) putting up 65 for the third wicket, they were always behind the rate and, with the wickets starting to go down. they fall while trying to catch up, eventually falling short at 134-6.

After being put at bat, Perth got off to a steady start through starters Devine and Beth Mooney (19 of 25) before McGrath (1-14) broke a 52-run partnership in the eighth over.

Marizanne Kapp hit a fast-firing 31st and then took 1-25 to help Perth to victory.

Devine ran out of three overs later and while Heather Graham (23 of 20) made a useful contribution, hitting the only six of innings, the Scorchers needed the late flurry of Kapp and King to bring them to a competitive total.

It was a quick change for Kapp, who then took the new ball and produced a miserable opening spell while backing down for the first time that cost just two with a maiden to quickly increase the pressure on the Strikers.

It was counted in the fifth over when Devine hit the first ball, Katie Mack (6 of 13) caught on the backspot and continued to complete a maiden before Taneale Peschel had Dane van Niekerk (6 of 13) catch the side of the leg from the first ball to the next thanks to a superb catch from Mooney behind the stumps.

The power play ended Adelaide 16-2, but Captain McGrath, assisted by Wolvaardt, put the Strikers back in contention.

However, just as nerves were beginning to show for the Scorchers, Peschel (2-23) came back and took McGrath’s key window in 14 and when Graham (2-30) knocked out Wolvaardt in the next, Perth came back. in control.

Kapp then represented Bridget Patterson (17 of 11) and while Madeline Penna did her best to keep Adelaide’s hopes alive, hitting an undefeated 30 of 21 balls, 22 of the last run turned out to be a bridge too far and the Scorchers they stayed to celebrate as they got the WBBL trophy for the first time.