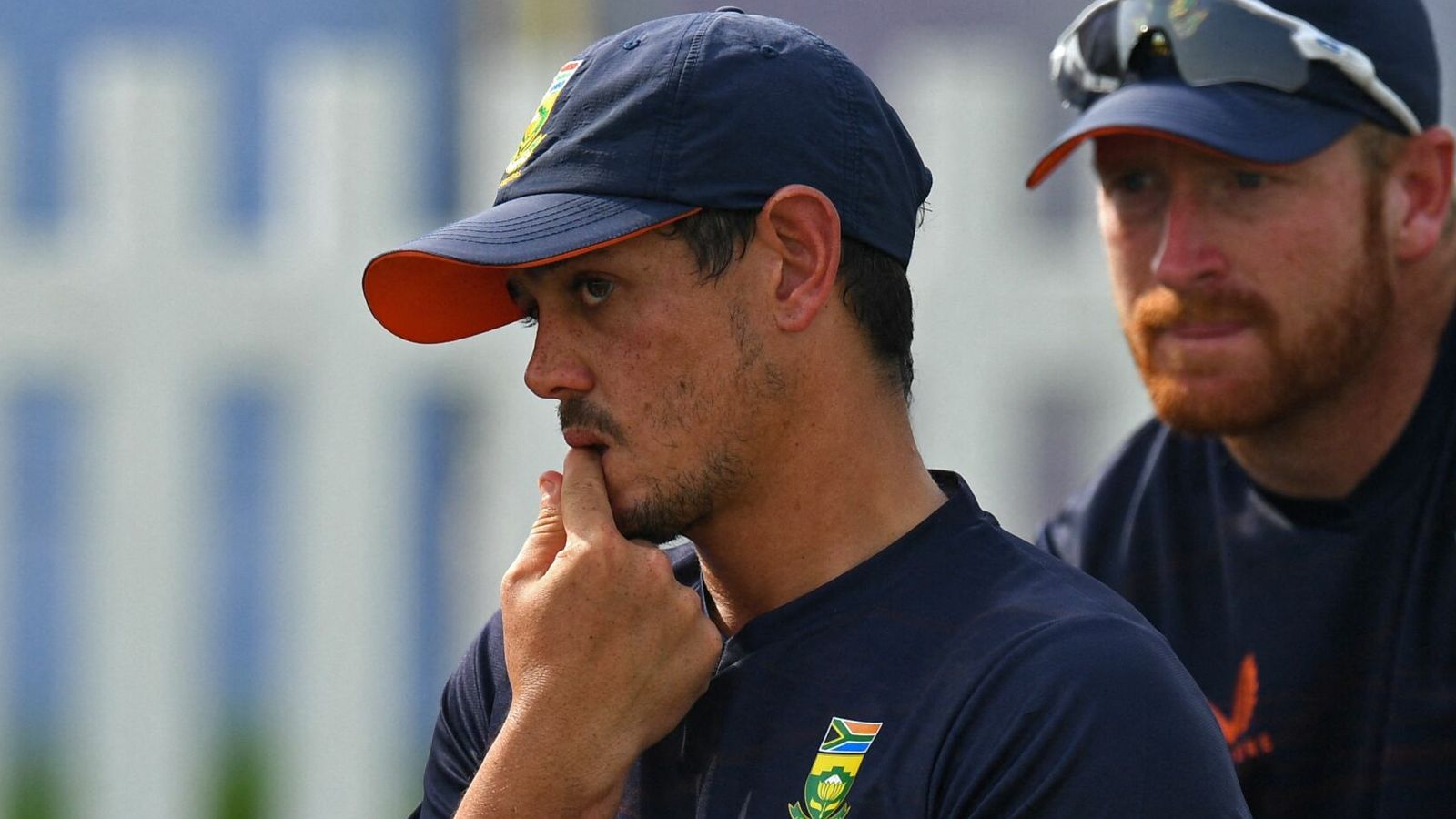 Cricket South Africa has agreed to “take a united stand against racism”; A statement added: “Concerns were expressed that the different positions taken by team members in support of the BLM initiative created an inadvertent perception of disparity or lack of support for the initiative.”

South African players have been told to kneel before the start of the remaining matches of the T20 World Cup after they were photographed taking different poses before their loss to Australia on Saturday.

The Cricket South Africa (CSA) board of directors unanimously agreed on Monday to “take a coherent and united stance against racism.”

South Africa later said they “took note of De Kock’s personal decision” not to kneel and will await a further report from the team’s management before deciding on next steps.

De Kock has not participated in any of South Africa’s gestures of support for the Black Lives Matter movement, saying in June that it was due to his “own personal opinion.”

Only a few of South Africa’s players knelt before their T20 World Cup match with Australia on Saturday.

CSA said concerns had been expressed that different positions taken by team members in support of the BLM initiative “created an unintended perception of disparity or lack of support for the initiative.”

A statement read: “After considering all relevant issues, including the position of the players, the Board felt that it was imperative that the team be seen taking a united and consistent position against racism, especially given the history of SA.”

CSA Board Chairman Lawson Naidoo added: “The commitment to overcome racism is the glue that should bind, unite and strengthen us.

“Race should not be manipulated to amplify our weaknesses. Diversity can and should find expression in many facets of our daily lives, but not when it comes to taking a stand against racism.

“South Africans recently joined people from around the world to celebrate the 90th anniversary of our revered Archbishop Desmond Tutu.

“What better tribute from the Protea to an icon of South Africa’s freedom struggle than to show that we are working to fulfill their vision of a united South Africa.”

South Africa made a trade for the West Indies match since Australia’s defeat, with Reeza Hendricks replacing De Kock.

“It is extremely sad that South Africa has failed to find a way to show a united stance against racism, especially given the nature of the country’s past.

“It is also sad, in my opinion, that it was not driven by the team and that there was a directive from above, much better to be driven by the team. Once the team is driving and the captain and players are driving it, I can’t see any reason why you wouldn’t get down on your knees. Why wouldn’t you do it in support of anti-racism and in support of your teammates? It was a dramatic start to that game, no one expected it, and a sad ending.