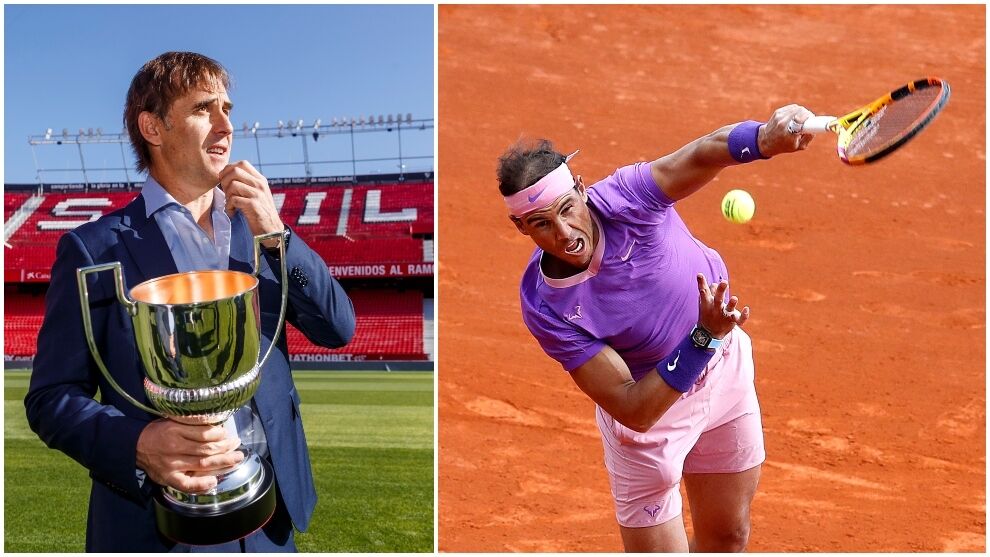 Message from the Balearic tennis player to the coach: “I have seen almost all your matches and you make me enjoy a lot”

Rafael Nadal He took a few minutes out of his busy sports schedule again to send him a message to his friend Julen Lopetegui. As I did before the end of the past Europa League or, later, to congratulate him on this success, the Balearic tennis player sent a message to the Sevilla coach after fulfilling 100 games on the Andalusian bench and he confessed that he has become a faithful follower of his team. “I just wanted to congratulate you for this great year that you are doing. The end of the previous one was also spectacular and to me that I have seen you almost all the matches, you make me enjoy a lot“, he assured.

“Sevilla is one of the teams that is clearer about what they play and transmit very positive values. I send you a very strong hug and good luck for this end of the season, “Nadal added in his video message. Lopetegui, invited to the club’s television, where he received the message, replied to his friend Rafa:” Apart from being the best athlete in the history of Spain and one of the great examples worldwide, not only in sport, always tries to improve and is extraordinary, being able to live with defeat and victory. He has overcome moments of injury and out of form gracefully. ”

“When he retired he will have a great journey in life because he is prepared and is very intelligent. Whatever you do, you will do it wonderfully“, added Julen, who still remembers that message that he put to his players in the preview of the final against the Inter, with a Nadal who called them “winners” for the simple fact of having gotten there and trying to lower the nerves of the moment with his experience. “He already helped us lift the Europa League by surprising the players”, he sentenced.

Diego Rico aims to be the second signing of Real

Emery: “It is time to know how to manage our resources”