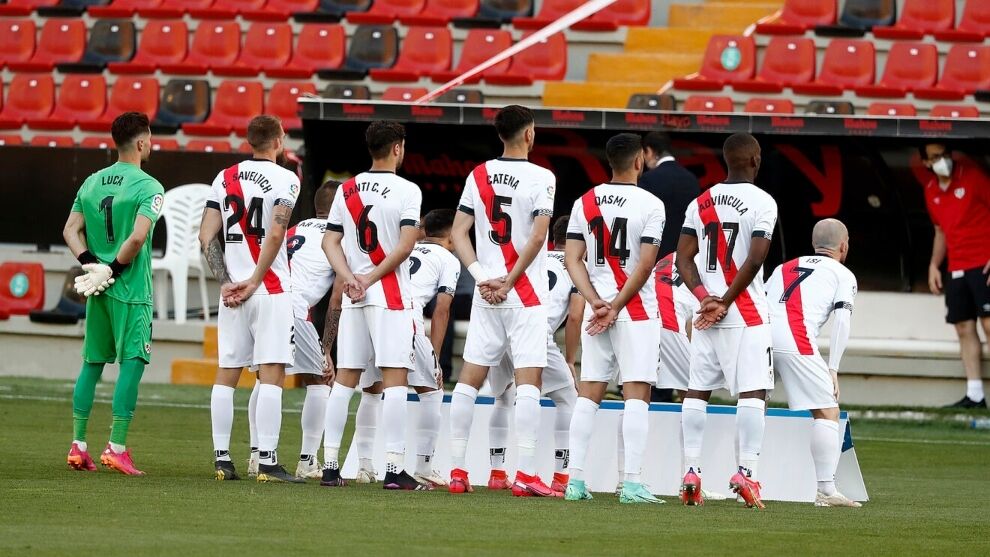 The sports management of Rayo Vallecano continues working time trial to be able give to Andoni Iraola all the reinforcements he needs to fight for salvation the season that comes in LaLiga Santander. The roadmap is clear: two centrals (one of them left-handed), a left back, a winger and two forwards, The priorities.

At the tip of the spear, the problem is economically. The goal is expensive That is clear, and the franjirrojo club must decide in the mouth of its president Raúl Martín Presa how far he is willing to go. Of course, there are many names that are being considered, but the first options go through make large disbursements (even if feasible for the Ray). Already behind other footballers appear like Sergi Guardiola, which is not one of the two desired by Andoni Iraola, but that could come if the club does not end up betting on one of the first options.

In the center back the priority is a left-handed center back. This is what the coaching staff has asked for and what the sports management sees as key. What’s more, another central must arrive. He continues to have in the bedroom Emi Velázquez, who remains without a contract and that it has the odd offer. The Uruguayan see with good eyes to re-sign for the Ray, but the club does not finish taking the step despite having shown the intention to count on him.

In the extremes Andoni Iraola has Isi Palazón, Baby and Álvaro García, what is missing one more signing in order to have two men for positions. I know attempted the incorporation of Merquelanz, much to the taste of Mr. Franjirrojo, but the peconomic retentions of the Real Sociedad caused that his signing was discarded, at least for now.

In the midfield could also get one more name. It is not essential, because the ‘overbooking’ in that area is important. If one more signing arrives there, it will be because the level rises a lot, since with the additions of Randy Nteka and Pathe Ciss and what was already in the middle is more than propped up.

Other seasons the Rayo Vallecano has rushed to the end for practically all signings and, although this course will also be lived in Vallecas a few frantic last hours, there is work already done. The marches of Luis Advíncula, Joni Montiel and Martín Pascual and the arrivals from Fran García, Pathe Ciss and Randy Nteka they are already closed.

Ángel Torres gets tough to negotiate

Ancelotti: from the Iker-Diego López tension to the peace of the goal