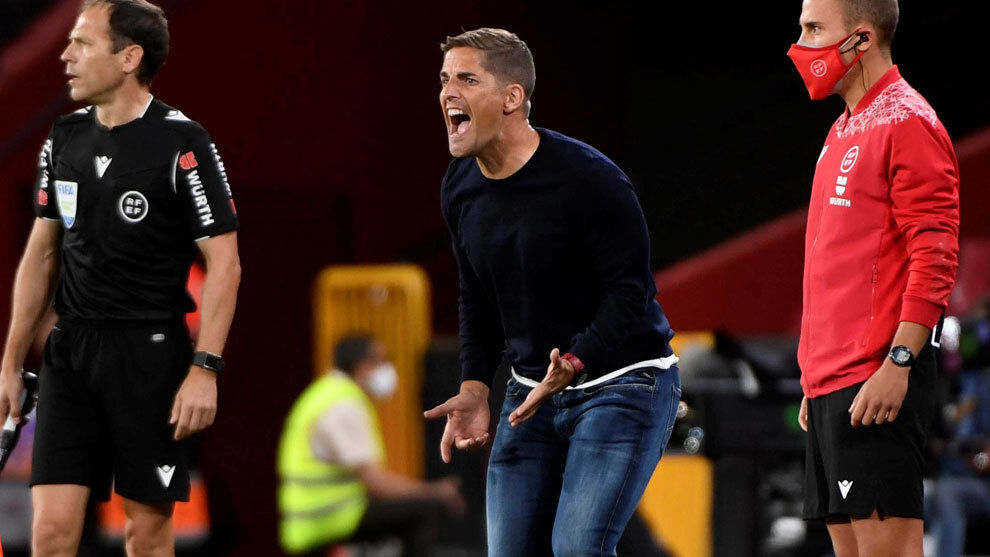 TO despite the defeat, Robert Moreno has wanted to stay with the positive nuances, which for him are many: “I see very good things, we have had high-level minutes, but we have to be constant. We have to be focused and try not to make mistakes. We have to keep working, we have very few, the victories will come, I’m sure. end of season we will remember this as an anecdote “.

For the Catalan coach, the team is on the right track: “It is being a matter of adaptation, we all have to improve, the first me, but I want to stay with the positive. The team has returned to compete, we have deserved something more, especially because of what we have done in the second half, I see improvements in all aspects of the game. ”

“We have improved a lot”

After the goal, Granada improved, something that for Robert Moreno it is a consequence of the good foreplay: “I see it as something tactical, we have improved a lot, we have created chances, we have been brave and that has led us to have more chances,” said the Granada coach.

Without a victory to celebrate Granada now faces a very complicated calendar: “The mood is to be annoyed because we just lost in the last minutes, but this is football, tomorrow we will see many good things that have been improved, although not with the continuity that we should have. We have to face each game thinking about what He can win, the calendar is what it is, they are difficult rivals, but we are going to improve and we will win back-to-back victories. “