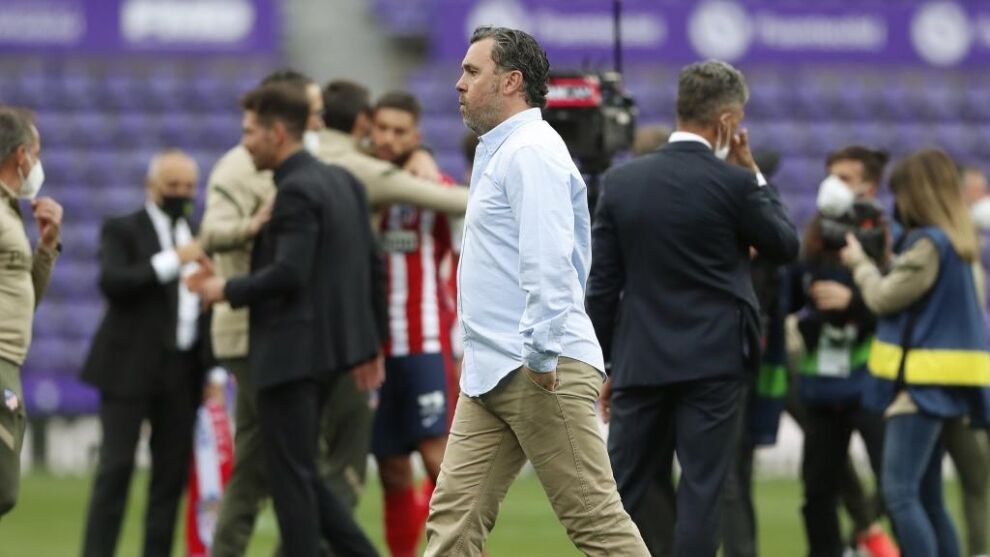 ANDl former Real Valladolid coach, Sergio González, He went through the microphones of El Partidazo de Cope in which he analyzed the football news and also remembering his time in the Blanquivioleta team, which ended with the relegation to LaLiga Smartbank.

“It has been a difficult year in which we worked by all means, but it was not achieved. There have been many nights that I dreamed that there was a game left to save us. Not that it was traumatic, but it was a hard blow that we did not think would happen, we were always closer to winning… We will have to accept it and assume it, “says the Catalan coach, who also remembers that he and his family have a” very strong bond “with the club and the town.

As long as the hands are something interpretable, we are all dead

Currently, Sergio has been enjoying his third fatherhood for two months, although he acknowledges that nostalgia invades him when the football season begins. “There is healthy envy, a feeling that you are missing something, but now you have to take advantage of it to be with your family… but that it lasts little and in nothing can be on a bench, “he says.

Despite being very focused on his children, the one from L’Hospitalet recognizes that he has seen all the matches of the first day of LaLiga Santander so as not to ‘lose the thread’ of football news and continue learning. However, he also wanted to assess the controversy of the hands that has resurfaced in the first round of the championship after the actions of Llorente and Lucas Vázquez. “As long as they are something interpretable, we are all dead, it remains unclear to me. Fixed rules would be needed that are clear to everyone, and there no one will have doubts “, comments.

Finally, he acknowledged that he would take a team in the middle of the season: “Yes, without a doubt, after going through this mourning I think that one loves grass and ball, and hopefully in 5-6 months someone can call me to have another chance.”

Vicente Moreno: “We have not seen what we had prepared or what we wanted to happen”

Dani García and the final lost to Real: “The first day I went out, I went out with glasses and a cap”

Diakhaby: “Cala told me ‘black shit’ and I want him to be punished”