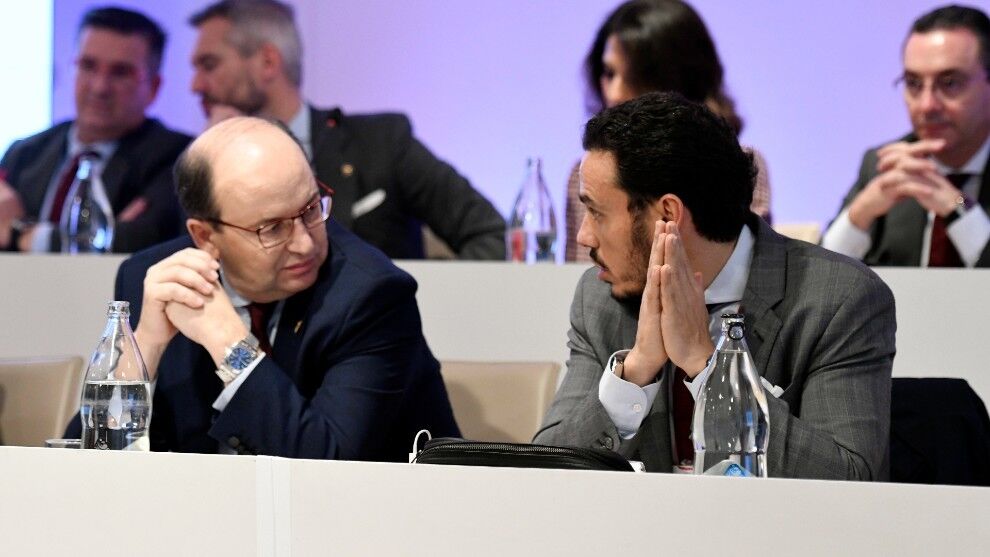 ANDl Seville is just over a month away from experiencing one of its most significant dates in the corporate section. The club, at the request of Sevillistas Unidos 2020, the entity’s only foreign capital, must hold a Extraordinary Shareholders’ Meeting. It will be the October 26th (advanced Seville newspaper) and the entity has stepped up, together with the external audit of its accounts, so that at the same time the Annual meeting Or ordinary and this extraordinary. In it, according to the points of the day requested by those known as the Americans, it will be known if the current Board of Directors has the shareholder power to continue holding the power or should cede it to this investment capital and the executing arm of the opposition, former president José María del Nido Benavente.

The sources consulted by MARCA speak of balanced forces in terms of shareholder power by both parties (with a slight advantage for the current leaders) and will be the Minority shareholders and the platforms in which their actions are grouped and syndicated, those that presumably decide the winner, since they exceed the 4% of total shares, bearing in mind that Sevilla have rarely exceeded the 80% of the total shares represented, with a large package lost in drawers over the years. The war between the parties has resulted in purchase of shares above 2,000 euros (their nominal value is 60) and in the request for syndication to individual shareholders, who are being called by the part of Castro or Del Nido.

It must be remembered that the former president, who on this occasion will be able to use his important shareholding package When a judge dismissed the precautionary measures that did not allow him to vote at the last Meeting, he signed a governance pact in 2019 and to vote in the opposite direction to the current president, Jose castro, and its partners carry penalties of up to five million euros. An important sum for the simple risk of calibrating the forces of each one. The strategy that the former president of the Board will follow is not known, since he has not requested it, but the main one will be to give him invalidity to the signed appealing to some clauses that he understands have not been fulfilled. For this reason, I notarially notify the rest of the signatories of the pact to meet and see the meaning of the vote in the Board. Legal tricks to achieve power or at least not pay to break the agreement. Sevilla is in a sweet situation in sports. At the institutional level, more than three points will be played on October 26.

Cheryshev’s movements in Valencia: he prepares for the market

Alcorcón puts the game and Ponferradina takes the points